Stocks traded flat this morning following some odd technical glitches at the New York Stock Exchange. The Dow, S&P, and Nasdaq Composite all gapped slightly lower at the open before recovering through noon. With Microsoft (NASDAQ: MSFT) earnings due out after the close, the market should continue to tread water. 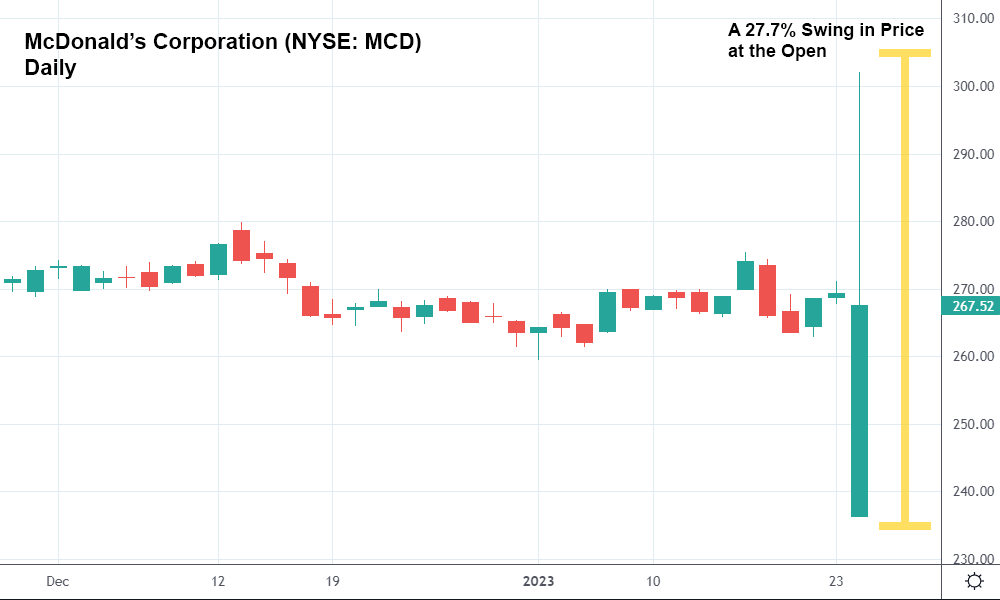 Trading was halted for roughly 20 minutes before the NYSE said it had fixed the glitch. Traders who were hit by the wild swings will be compensated for the error.

The NYSE released a statement shortly before noon explaining that “impacted members may consider filing for Clearly Erroneous or Rule 18 claims,” and “in a subset of symbols, opening auctions did not occur. The exchange is working to clarify the list of symbols.”

Still, I offer my condolences to any investors out there who got caught with 10% stop-loss orders on MCD.

Since then, trading seemed to normalize as the market remained focused on MSFT earnings and China reopening optimism. A morning note from Morgan Stanley provided clients with two charts that the bank saw as evidence of an impending Chinese boom.

Daily Chinese visitation to Macau, China’s version of Las Vegas, has soared since the first of the year while property sales growth shrinkage year-over-year continued to decline in recent months. Morgan Stanley analysts view both developments as major signals of a Chinese recovery that could exceed Wall Street estimates.

But will China’s reopening be enough to rescue US stocks from the bear market? According to Morgan Stanley, probably not. 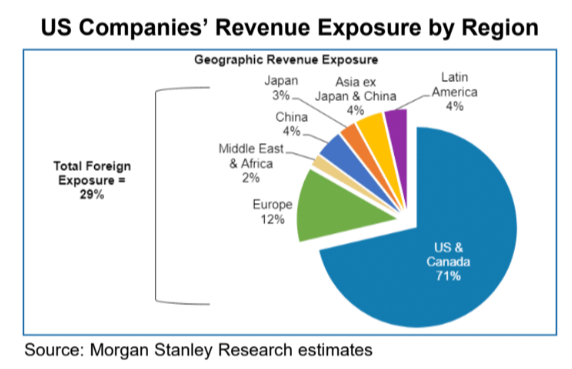 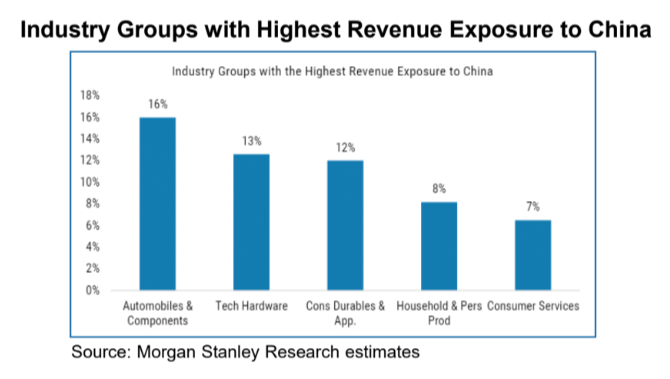 From these groups, the bank’s analysts provided a list of seven stocks they believe could outperform in a big way should China’s reopening go smoothly:

It’s clear that China has been preparing for a global economy where commodities are king. Sanctions against Russia by NATO countries only accelerated this process as Beijing and Moscow – two obvious regional rivals – were driven into each other’s arms. Russia similarly finds itself commodity-rich.

When a recession eventually arrives in the West, China might already be in the midst of a major rebound, supported by a mountain of commodities that may be worth even more than they are today due to stubbornly high inflation.

And though Morgan Stanley’s seven “China reopening stocks” could benefit from a Chinese resurgence more than other companies, they’re still going to be at the mercy of the US economy and Federal Reserve. The vast majority of their revenue exposure remains US-bound.

As a result, investors holding these stocks shouldn’t necessarily expect them to rise. When earnings inevitably recede, they won’t fall as fast as the general market if Morgan Stanley’s prediction comes true.