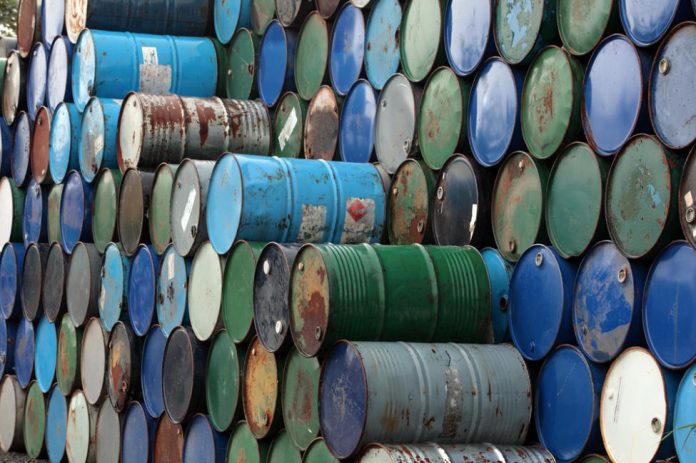 The headline figure fell right in line with the consensus estimate at -0.1% MoM due to sagging energy costs, but overall, it’s further confirmation that broad-based inflation is here to stay for both consumers and producers. Headline PPI rose 8.7% YoY, continuing its trend of outpacing the CPI’s yearly gains.

August was the 20th straight month in which the PPI was greater than the CPI figure. However, some analysts were hopeful that today’s PPI release signaled an inflation peak.

“The PPI report fleshes out the picture on inflation in the US, and makes it look not quite as bad as the August CPI report did,” said Comerica chief economist Bill Adams.

“Inflation is clearly slowing as gas prices fall. But the process is slow, and inflation looks set to stay well above the Fed’s target for at least a few more quarters.”

But gas prices are now expected to rise – or at the very least, stop falling – after Bloomberg reported yesterday that the US would begin to refill its Strategic Petroleum Reserve (SPR). The Biden administration tapped the SPR repeatedly over the last few months, drawing down the SPR to its lowest level since 1982.

Economists warned that drawing so heavily from the SPR would ultimately raise oil (and eventually gas) prices in the long run as the inevitable refilling campaign began.

Bloomberg said yesterday that Biden administration officials are likely to start buying oil at around $80 a barrel. That had an immediate impact on WTI crude (the American oil benchmark) futures. The front-month WTI contract quickly snapped above $80 in response to Bloomberg’s report.

“It may not be a catalyst for $100 crude but does offer a buffer to the downside risk that the market is worrying about,” said Rebecca Babin, a senior energy trader at CIBC Private Wealth Management.

Essentially, this places a floor for oil prices. That’s not the kind of thing that you’d typically want to do when fighting inflation.

And, if the Biden administration actually follows through with refilling the SPR at $80/barrel, future inflation readings stand to increase substantially. Tumbling energy costs were the only reason the August CPI didn’t show a 9.0%+ YoY jump.

Putting a floor under oil would almost certainly guarantee that inflation gets worse from here should core CPI continues to climb as it did last month. That’s a trend not limited to the United States, either.

The UK just reported a similar situation in its own August CPI report. Oil prices are down, but everything else is still rising.

Brent crude (the European benchmark) is certainly different than WTI, but it too shot higher yesterday after Bloomberg broke the news.

That could ultimately force all Western central banks – not just the Fed – to stick with bigger rate hikes longer than expected to squash inflation, as an $80/barrel floor under oil would only give the commodity only two directions to go:

Sideways, or worse, straight up.