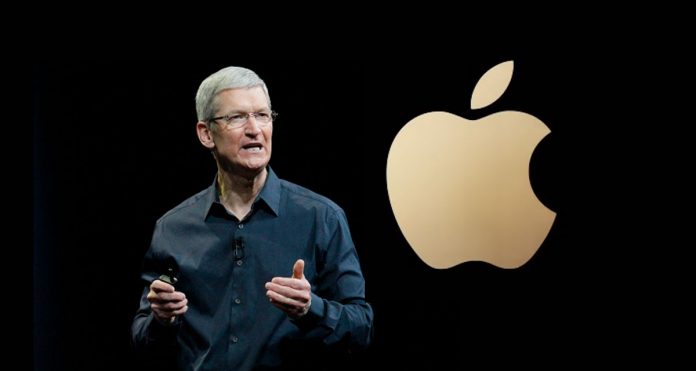 Remember the iPhone? It’s still one of the world’s most popular cellular devices, but based on recent reports out of the smartphone market, you’d think nobody is buying it.  Sales figures in China and other eastern nations have been underwhelming, and stateside, it seems that the consumer base is already completely saturated – full of iPhone toting Apple fanboys (and girls).

So, in an attempt to get his company less dependent on devices, Apple CEO Tim Cook decided years ago to take the tech giant in a different direction – focusing on services for additional revenue.

This morning, consumers and investors alike found out what Cook and his team had been working on, when Apple announced that new streaming video and news subscription services would be offered by the company. It’s a bold step forward in many regards, and Cook hopes that by providing subscription-based services, Apple will generate billions more in annual sales.

More importantly, though, he wants to strengthen Apple’s connection to its consumers.

It’s a proven model – using subscriptions to build a captive audience – and it’s largely what Jeff Bezos used Amazon Prime (a premium service) for. By offering outstanding value for a low annual fee, customers have no reason to shop anywhere else.

But unlike Amazon, Apple wants to use subscriptions to heal many self-inflicted wounds that are starting to accumulate. 10 years ago, they launched the “App Store” in order to make their iPhone more robust.

Over time, however, the apps themselves ended up outshining the iPhone, and since then, smartphones have become more or less “app platforms” that can make calls. The apps are the key factor influencing consumers nowadays, not the hardware they’re installed on.

And that’s a big problem for Apple, who offers the most expensive smartphone on the market. Savvy technophiles have increasingly rejected the pricy iPhone in favor of cheaper devices, getting far more bang for their back.

The iPhone used to be state of the art, if not art itself, marked by what were at one time stunningly sophisticated design features in a compact package. The market has shifted however, and iPhone is now a bit of a dinosaur when it comes to the things people actually care about.

The new iPhone ($999) is definitely “cool”, but consumers are starting to figure out that the “hip factor” is really what you’re paying for when it comes to Apple products. Smartphones from Google, Huawei, and Samsung all outpace the iPhone’s camera, screen resolution, and storage, for a much lower price – often $200 cheaper (or more).

Apple’s marketing is still the best in the business, though, and remains (in my humble opinion) the major reason they’ve been able to stay as top dog despite the competition’s arguably superior products.

But even then, the luster will eventually fade, and it seems like Cook and co. have realized after witnessing an iPhone sale slowdown. By shifting to more of a services-based focus, Apple might have found an untapped source of revenue that could propel AAPL shares to new heights.

Even if the streaming business has proven a tough nut to crack.

And ss of midday, AAPL shares are down slightly after plunging in the early morning hours. Cook’s announcement may not have pleased everyone today, but in the end, investors will likely remember this moment as the start of Apple’s big leap forward…

…So long as they can make subscriptions look as “cool” as the iPhone used to be.