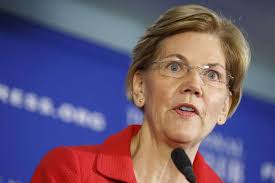 In a blog post on Medium.com, Warren stated that the she wants to make “big, structural changes to the tech sector to promote more competition,” involving the “breaking up” of several FAANG companies, which have come under fire recently for user data security breaches and monopoly-like behavior.

“Today’s big tech companies have too much power — too much power over our economy, our society, and our democracy,” the Senator wrote. “They’ve bulldozed competition, used our private information for profit, and tilted the playing field against everyone else. And in the process, they have hurt small businesses and stifled innovation.”

And even though she didn’t specifically mention Apple in her post, members of her campaign later remarked that the iPhone manufacturer would have to do business differently as well – choosing between exclusively running the App Store or only building its own apps, not both.

By making her intentions clear, Warren now sits at the forefront of a movement that’s sweeping Democrats in Washington, intended to defend consumers from Silicon Valley’s “anti-consumer” practices. Just recently, a bill was proposed by Senator Amy Klobuchar from Minnesota that seeks to limit how companies can utilize user information in regard to third parties.

Warren’s plan – which sits upon two pillars – would involve the passing of legislation that designates certain companies as “platform utilities”. Specifically, she’s targeting “companies with an annual global revenue of $25 billion or more” that “offer to the public an online marketplace, an exchange, or a platform connecting to third parties.”

And if a company satisfies Warren’s conditions, they would be subject to the following new regulations:

Should a company violate these restrictions, they’d be subject to a fine worth 5 percent of annual revenue.

Though Warren’s intentions – protecting consumers – may be noble when taken at face value, the true effect of her new plan could be downright catastrophic for the American economy.

If this proposed legislation ever became law, Amazon, Facebook, Apple, and Google (all the FAANG stocks besides Netflix) would be radically impacted, as their main revenue sources would see severe reductions.

Investors would likely endure mortal wounds to their portfolios, as the entire market would certainly crash upon the new regulations. The FAANG stocks, most of which are market cap leaders, would drag nearly every stock down across the board – causing equities to plunge into an abyss, kicking off another financial crisis.

Warren’s plan may be virtuous in nature, but in practice it would be one of the most damaging events ever to befall the American economy. If the FAANG tech-giants truly are stifling innovation and competition, consumers themselves should be the ones to drop the hammer – not government mandated regulations.

In the end, the free market will always be a better option when it comes to deciding what’s right and wrong with corporations. Should the FAANG stocks eventually falter, it should happen slowly over time via investors who sell their equity in the companies.

Doing what Warren suggests could cause a “shock to the system” that would cripple America, possibly for decades to come.