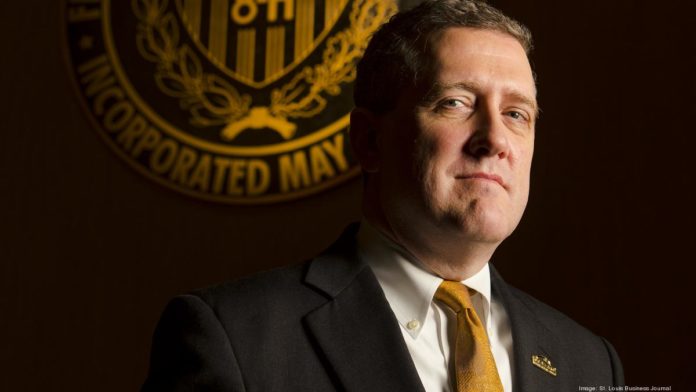 But it wasn’t necessarily Powell who torpedoed stocks. Instead, other members of the FOMC did the work for him.

Fed officials have been conditioning investors on taper talks for weeks, now. Dallas Fed President Robert Kaplan was the first to do so back in late April.

“We’re now observing excesses and imbalances in markets,” Kaplan said at the time, before adding that he is “very attentive to that and that’s why I do think at the earliest opportunity, I think will be appropriate for us to start talking about [tapering bond purchases].”

Bulls recoiled in horror at Kaplan’s remarks as stocks shot lower. Dip-buyers quickly filled the intraday gap, however, pushing the S&P higher into the close.

And today, St. Louis Fed Chairman Jim Bullard may have had a similar effect on the market with his own taper warning.

“It’s natural that [the Fed] has tilted a little bit more hawkish,” Bullard said in an interview on CNBC this morning.

He then confirmed that “Fed Chair Powell has opened the taper discussion this week,” and there “is some upside risk on the inflation forecast.” Bullard also said that rate hikes may be coming as early as 2022.

Equities plunged in response. But unlike with Kaplan’s bearish statement in April, dip-buying bulls were nowhere to be found on this occasion. The S&P was down roughly 1.25% shortly before noon.

In Bullard’s interview, he even went so far as to say that he’s a “little concerned about housing market froth,” echoing Kaplan’s sentiment from earlier this year. Bullard piled on, adding that “maybe [the Fed doesn’t] need to be in mortgage-backed securities with a booming housing market and even a threatening housing bubble.”

“We don’t want to get back in the housing bubble game,” he concluded.

Bullard also touched on inflation and how the Fed was “expecting an inflationary impulse, but [last month’s data had] been more than what we were initially expecting.”

It’s a stunning turn of events just days after Powell assured the market that virtually nothing had changed in June outside of the Fed’s rate hike schedule, which advanced two rate increases to 2023 from 2024. But even then, Powell told investors to take that scheduling with a “grain of salt.”

Has Bullard been tasked with being the bearer of bad news? That could certainly be the case. Why else would he so candidly poke holes in Powell’s press conference?

Part of the reason may be the coming “gamma explosion” at the close today when the second-largest single options expiration ($818 billion worth) in history will occur. In addition, there are a large number of long S&P 500 futures set to expire as well.

This should result in a burst of volatility. And if the market closes for a loss today, that volatility may punch share prices significantly lower next week as traders attempt to bail on their bullish options trades.

Thankfully for bulls, it appears as though much of the options and futures-related chaos has already unwound today in anticipation of the big expiration deadline. S&P 500 gamma has fallen off from 4225 to 4160, which suggests there’s less downside potential for Monday.

But that doesn’t erase the chance of another stiff sell-off completely, especially following Bullard’s hawkish remarks.

Which may have just undone any positive spin Powell was able to put on the recent FOMC pow-wow.