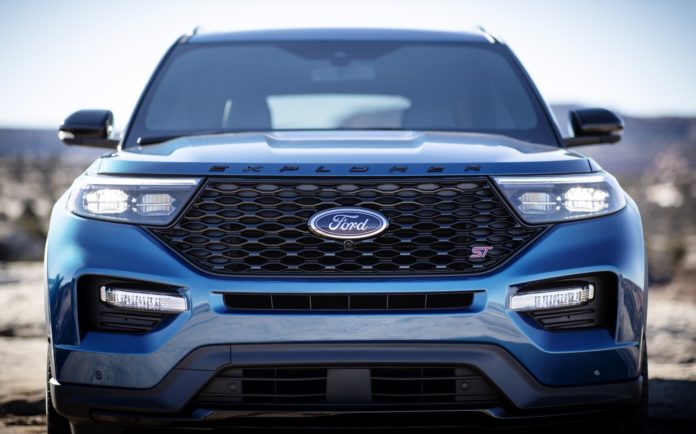 It was another day of bad news. NIAID director Dr. Anthony Fauci said that the U.S. coronavirus outbreak is “going to be very disturbing” as new cases top 100,000 per day.

Fed Chairman Jerome Powell, meanwhile, told the House Financial Services Committee that “a full [economic] recovery is unlikely until people are confident that it is safe to reengage in a broad range of activities.”

Instead, the market soared at the close, finishing out its best quarter in decades with a bang.

Heading into Q3, though, some analysts aren’t convinced that the market will keep rising. Sevens Report founder Tom Essaye said as much in a recent note on the state of equities:

“A combination of 1) Stimulus, 2) Positive trends in the virus, 3) Economic reopenings and 4) Hopes for a vaccine drove stocks higher in Q2,” Essaye wrote.

“As we begin Q3, only one of those tailwinds is currently in place: Stimulus. That doesn’t mean we’ll see a correction, but be suspect of market rallies until we can add more forces supporting stocks, because we’re one stimulus disappointment away from an ugly day.”

Quincy Krosby, chief market strategist at Prudential Financial, believes there’s still plenty of risk wrapped up in the Covid-19 pandemic. If cases spike like Fauci thinks they will, volatility and uncertainty could easily spill into stocks.

“It’s difficult to see the market continue the way it has been throughout the summer,” Krosby said.

“That’s not only going to impact the biotechnology companies, but the broader market as well.”

At the moment, however, the major indexes look ready to rise once more. Plenty of stocks “rounded the corner” today, bouncing off key support or setting higher lows in the process.

Ford Motor Company (NYSE: F), for example, achieved the latter, making it an attractive long trade setup even with so many market stressors. 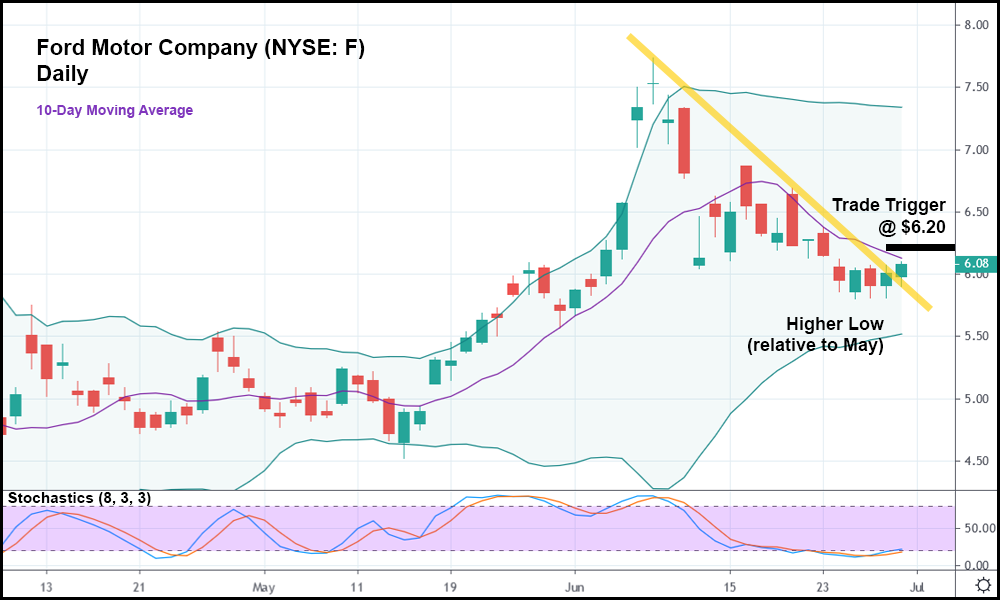 F has had a rough ride since it bottomed in March during the coronavirus crash. The stock finally broke out in late May after chopping sideways for months, eventually peaking in early June. Over the last few weeks, F’s fallen considerably, lingering below the 10-day moving average for most of that time.

Today, F broke out above its minor bearish trend (represented by the yellow trendline) and set a higher low relative to the lows of May.

If the rest of the market leaps again, F should join in on the fun, even if coronavirus cases climb further – something investors seem to be ignoring as infection totals swell.