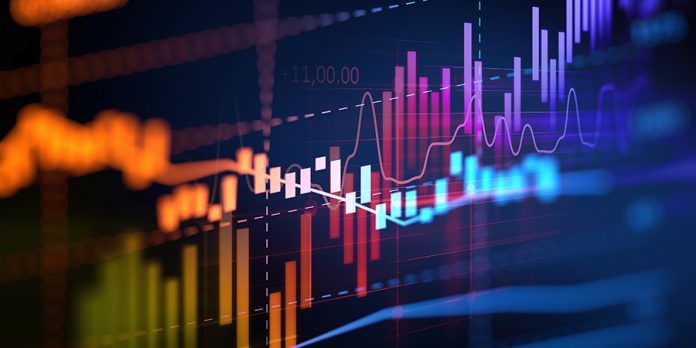 Amazon (NASDAQ: AMZN), however, was the true star of the show, hitting a new all-time high during today’s trading session.

With COVID-19 seemingly on the run, investors are ready to buy.

Especially now that the Fed’s unleashed its full arsenal, for better or for worse.

“The Fed has really pulled out all stops in terms of keeping markets liquid and fluid,” Gibson Smith, founder of Smith Capital, said.

“My expectation is over the next three to six months, assuming we get the virus contained […] we’ll look back on this period of time and realize it was just a moment in time with a lot of volatility and we probably have better times in front of us than worse times.”

Smith’s absolutely right; it would be very difficult for the economy to get much “worse” than it currently is. Earnings season started off with a whimper, today, as JPMorgan Chase (NYSE: JPM) and Wells Fargo (NYSE: WFC) reported disappointing profits. They’re to be the first of many banks that come up short of analyst estimates.

And though both companies posted major earnings “misses,” their share prices barely suffered. JPM only fell 2.74% while WFC dropped 3.98%, dwarfed by the losses bank stocks endured in the weeks prior.

In the grand scheme of things, investors already knew last quarter’s profits were going to be tough. The current earnings season is unlikely to have a profound effect on share prices going forward, across nearly every sector.

Still, some analysts are concerned that companies aren’t “softening the blow” enough for shareholders via revised yearly forecasts.

“Even the lowered forecast may prove optimistic given some analysts have not adjusted numbers since mid-March in response to the lockdowns in many major cities throughout the country,” LPL Financial’s Jeff Buchbinder said.

Until stocks start dropping again, however, investors could be better served staying in long positions. And traders looking for new opportunities may want to examine trade setups on companies that have yet to see their share prices truly “pop.” HUYA inc. (NYSE: HUYA) is a great example of that. In the daily candlestick chart above, you can see that over the last few sessions, the stock hasn’t soared with the rest of the market. Sure, it’s up since setting a higher low last week, but HUYA’s still well below the April high.

First, it crossed above the 10-day moving average, which suggests that a bullish continuation could be on the way.

Second, and arguably, more importantly, HUYA broke out above its minor bearish trend (represented with the yellow trendline), providing yet another bullish signal.

Should HUYA trade above today’s high, it might make sense to go long on the stock with a trade trigger of $17.00.

If COVID-19’s really going away, almost every stock is going to “feel the love” while global cases diminish. That includes HUYA, a stock that’s primed to soar as the pandemic winds down.