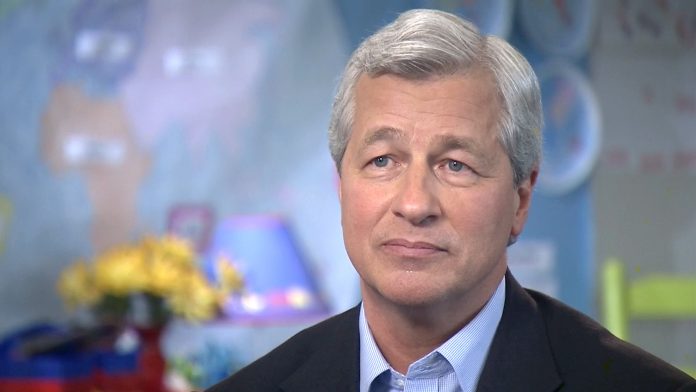 Stocks fell this morning after bank stocks kicked off earnings season with a whimper. The Dow, S&P, and Nasdaq composite all traded significantly lower through noon.

JPM’s biggest surprise, however, came when the company told investors that the bank would suspend stock buybacks. Shareholders were anticipating a strong buyback program despite uncertain economic conditions.

“As a result of the recent stress tests and the already scheduled G-SIB increase, we will build capital and continue to effectively and actively manage our RWA. In order to quickly meet the higher requirements, we have temporarily suspended share buybacks which will allow us maximum flexibility to best serve our customers, clients and community through a broad range of economic environments,” said JPMorgan in its earnings call.

“In our global economy, we are dealing with two conflicting factors, operating on different timetables. The US economy continues to grow and both the job market and consumer spending, and their ability to spend, remain healthy,” he said.

“But geopolitical tension, high inflation, waning consumer confidence, the uncertainty about how high rates have to go, and the never-before-seen quantitative tightening and their effects on global liquidity, combined with the war in Ukraine and its harmful effect on global energy and food prices are very likely to have negative consequences on the global economy sometime down the road. We are prepared for whatever happens and will continue to serve clients even in the toughest of times.”

In all likelihood, though, a recession has already arrived. The Atlanta Fed predicted a GDP contraction for Q2. Jobless claims soared last week by 244,000 as well.

The last time initial claims were this high was back in November 2021. Initial jobless claims have been rising since April despite strong jobs reports. 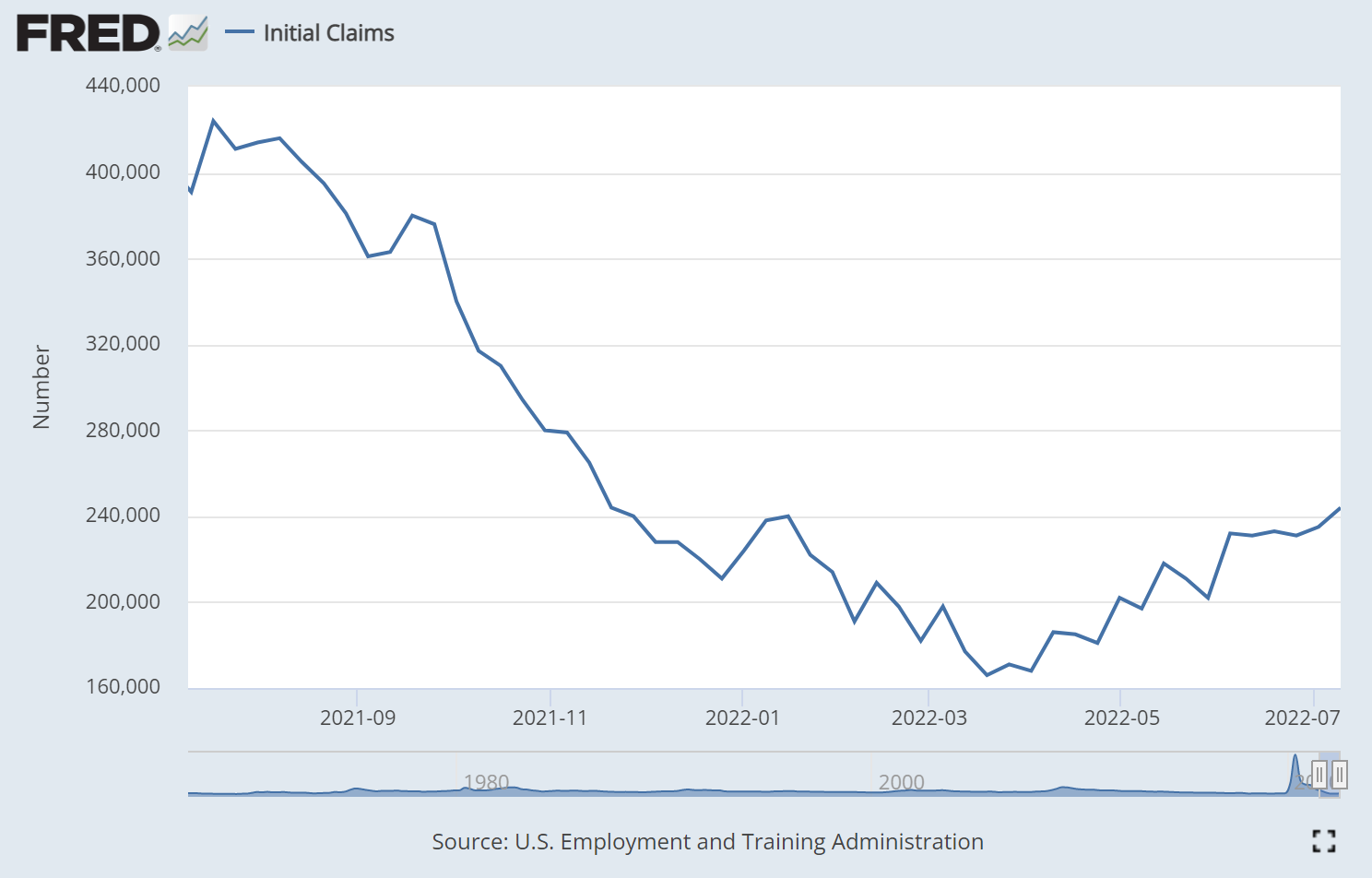 As we discussed last Friday, however, the last three jobs reports shouldn’t be taken at face value. The establishment surveys, from which the headline payrolls number is taken, all looked good in recent months. But the household surveys, from which the unemployment rate is derived, have not. There was a 1.5 million employee disparity between the establishment and household survey data from March – June.

The reason being that multiple job holders are surging while US workers tick slowly lower. This is reflected in the recent uptrend in weekly jobless claims.

That’s not what bulls want to see as the Fed ambles toward its next big rate hike.

“The takeaway for investors is that Fed policy remains data-dependent and the central bank will continue on an aggressive tightening path until inflationary pressures peak decisively,” wrote BCA Research strategists in a note.

“Persistent price pressures call for another jumbo hike at the July 26-27 FOMC, but there is still room for the data to improve before the September meeting, 8 weeks later.”

Short-term, bearish pressure should keep stocks heading lower until the next FOMC meeting. Only a surprisingly strong earnings season seems able to save bulls at this point. But that seems unlikely following this morning’s pair of major bank “misses” and Dimon’s poor forward guidance.