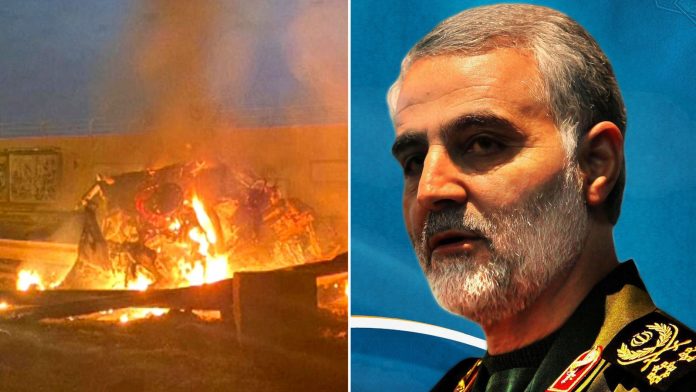 Major General Qasem Soleimani, Iran’s top military commander, is dead. Killed in a U.S. airstrike, Soleimani served as the face of the Islamic Republic, a group responsible for military interventions in several Middle Eastern “hot zones.” He’s also credited with the deaths of 603 American soldiers by the U.S. State Department, which has long labeled the Iranian regime as the world’s top sponsor of terrorism.

In short; Soleimani won’t be missed.

Protests broke out in response to the surgical strike, which took place around 1 a.m. local time at Baghdad airport. Tens of thousands of Iranians flooded the streets, burning American flags as they went.

In Iraq, however, the reaction was far different. Around 4:30 a.m., citizens marched through the country’s capital, waving the Iraqi flag in celebration of Soleimani’s death. He had attempted to squash protests in Iraq several times, resulting in the deaths of thousands of protestors.

With Soleimani eliminated, Iraqis demonstrated without fear. He was, to many, an untouchable force of destruction.

Now, he’s a casualty in the war on terror.

And in the West, the airstrike proved to be just as divisive as it was in the Middle East. Some are praising President Trump for finally removing a man “more dangerous than bin Laden and al-Baghdadi.”

Others say it’s a huge tactical misstep – one that could potentially lead to all-out war.

“Trump’s dangerous escalation brings us closer to another disastrous war in the Middle East that could cost countless lives and trillions more dollars,” said Vermont Sen. Bernie Sanders in a statement.

“Trump promised to end endless wars, but this action puts us on the path to another one.”

Other critics, like Democratic Sen. Chris Murphy from Connecticut, gave their take on the strike:

“Soleimani was an enemy of the United States. That’s not a question,” tweeted Murphy.

“The question is this – as reports suggest, did America just assassinate, without any congressional authorization, the second most powerful person in Iran, knowingly setting off a potential massive regional war?”

Murphy, who now openly opposes Trump’s decision to assassinate Soleimani, previously criticized the White House for not retaliating to an attack on the U.S. embassy in Baghdad.

“The attack on our embassy in Baghdad is horrifying but predictable,” he said, just three days ago.

“Trump has rendered America impotent in the Middle East. No one fears us, no one listens to us. America has been reduced to huddling in safe rooms, hoping the bad guys will go away. What a disgrace.”

Which one is it, Chris? Sadly, you can’t have your cake and eat it too when it comes to deposing military despots.

The stock market, unsurprisingly, dropped sharply at the open this morning. Equities have recovered significantly since then but remain down on the day. The S&P, Dow, and Nasdaq Composite have fallen 0.60%, 0.70%, and 0.50%, respectively.

Iran promises a swift and vicious retaliatory strike, but for now, investors don’t seem too concerned. Yes, stocks are down, but if the threat of open war was legitimate, bulls would be fleeing in droves. Until that happens, the market’s more than happy to wait for more news before making a decision.