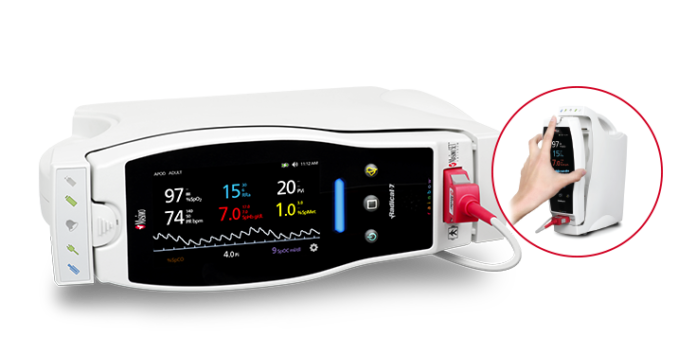 After opening lower in the morning, stocks surged in the afternoon to close out the trading session on a high note.

The Federal Deposit Insurance Commission (FDIC) decided to allow banks to make larger investments into venture capital funds, meaning that banks won’t need to set aside as much extra cash for derivates traders between affiliates of the same firm.

In doing so, the FDIC gave banks more working capital along with a $40 billion reprieve on swaps, which would likely result in larger returns and a healthier bottom line for the industry.

Finally, all is right with the economy.

Well, not so much.

Because in addition to the bank boom, which lifted the entire market, Covid-19 infections spiked as well. U.S. cases rose by 1.7% on Tuesday (45,000 cases), marking the biggest daily case gain since May 30th. Texas is pausing its economic reopening. Florida is too. California hospitalizations are up 32% over the last two weeks.

And worst of all:

After the market closed, the Fed announced that it would be placing restrictions on bank dividends due to its findings in the most recent annual stress test data.

That’s right, on the very same day that bank restrictions were eased by the FDIC, the Fed came right back and hit them with a slew of new ones.

Moving forward, banks will also have to suspend share buybacks and resubmit their payout plans later this year. The latter could become a new quarterly practice. Unsurprisingly, bank shares gave back their gains after hours.

“While I expect banks will continue to manage their capital actions and liquidity risk prudently, and in support of the real economy, there is material uncertainty about the trajectory for the economic recovery,” said Fed Vice Chair Randall Quarles in a prepared statement.

“As a result, the Board is taking action to assess banks’ conditions more intensively and to require the largest banks to adopt prudent measures to preserve capital in the coming months.”

So, instead of stability, investors need to prepare for even more volatility as the market makes sense of the banking industry’s future.

And if that results in a few more sell-off days, short-term traders need to be ready with bearish setups. 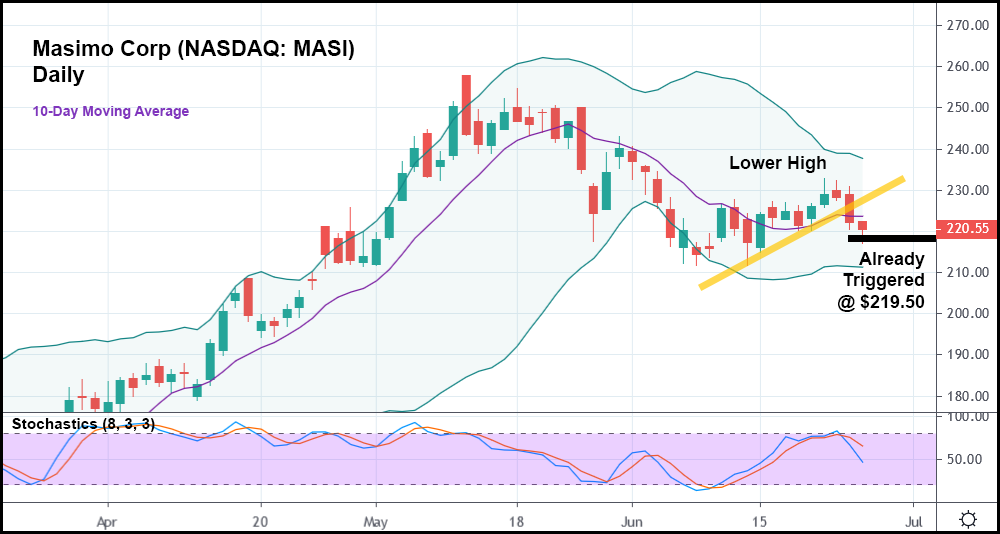 MASI, like many other medical device manufacturers, has had a great quarantine (relatively speaking). The stock has done little but go up while the pandemic raged, and even posted an impressive 70+% trough-to-peak gain, ending in mid-May.

Since then, however, MASI’s fallen. Just a few days ago, it set a lower high and now finds itself below both the 10-day moving average and its minor bullish trend (represented by the yellow trendline).

In fact, earlier today, it managed to trigger a short trade before rising slightly. For that reason, should MASI descend back to its trade trigger, it might make sense to take the stock short at $219.50.

The market seems somewhat ready for more selling, especially after the Fed’s surprise restrictions placed on banks. MASI, despite being largely unrelated to bank stocks, appears primed to fall, too, arguably regardless of whether the general market does or not.