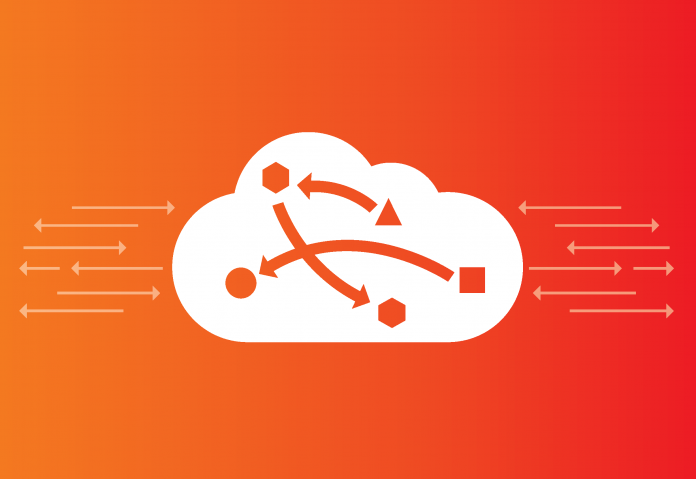 Stocks stalled today after weekly jobless claims beat the consensus estimate. FAANG, with the help of Microsoft (NASDAQ: MSFT), dragged the market down as well.

These six companies control a massive portion of market cap. Where they go, so too do the major indexes.

So it’s no surprise to see a “down day” for equities when FAANG+M tumbles.

“There are clear signs that the longer-term damage is beginning to mount, with permanent layoffs beginning to climb, and the flow of workers from employment to unemployment still elevated,” Michael Pearce, senior U.S. economist at Capital Economics, said about the Labor Bureau’s weekly report.

“Moreover, absent a vaccine, the need for ongoing physical distancing will prevent a full recovery.”

And with earnings season off to a somewhat uneven start, that’s not what bulls wanted to hear, especially at the top of an (over)extended rally.

“Over the next few weeks the core tech titans are set to report earnings,” said Wedbush analyst Dan Ives.

“This will be a pivotal few weeks for investors to gauge how the tech stalwarts business models/trends are holding up in this unprecedented COVID-19 storm and will be a key barometer for overall consumer and enterprise spending trends during this semi-lockdown backdrop.”

Those “titans,” in this case, are all FAANG+M members. If Big Tech’s revenues aren’t up to snuff, the sector’s share prices could sink in a hurry, cratering the general market in the process.

Making things even more stressful for bulls is Moderna’s Covid-19 vaccine candidate, which was originally reported on Tuesday as a major breakthrough in fighting the virus.

Now, investors are learning that it has a whole host of problems, ranging from potentially severe side effects to short-lived antibodies. Researchers believe that people will need multiple doses of the vaccine for it to work. They remain split on whether or not the vaccine’s side effects – fever, nausea, joint pain, and hives (to name a few) – will be minimized any time soon.

“We are not out of the woods yet and are still far away from returning to pre-Covid-19 economic levels,” explained Nate Fischer, chief investment strategist at Strategic Wealth Partners.

“The market is in need of a health-care solution, as the economy was forced to shut down for a health-care issue. So far, we’ve had fiscal and monetary assistance to this problem. Until a real medical remedy is found, the market will remain volatile.”

And that volatility, through frustrating, should at least produce one more market-wide correction before stocks can shrug-off Covid-19 for good. Tech stocks trading near their all-time highs are particularly susceptible to a dip. 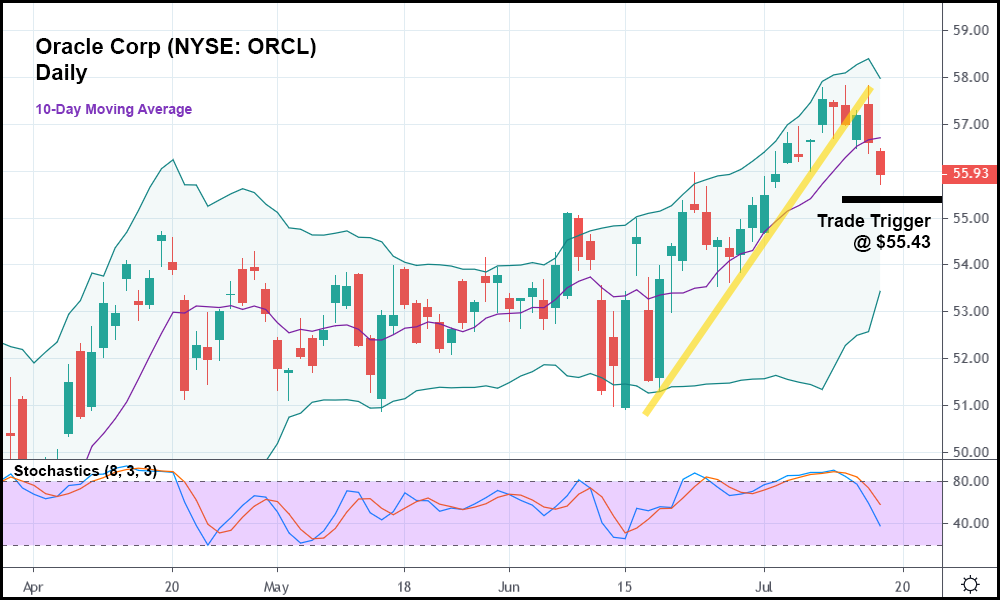 Oracle Corp (NYSE: ORCL), a major American tech stock, is one that “fits the bill.” It’s not too far off from its pre-coronavirus highs, and since the market crashed, the stock has mostly risen.

A legitimate ORCL sell-off hasn’t happened quite yet in the current rally. Based on today’s price action, though, that’s likely to change.

ORCL fell below its bullish trend (represented by the yellow trendline) yesterday. Today, it dropped below the 10-day moving average.

And after nearly scraping the upper Bollinger Band (BB), all signs are pointing down.

Should ORCL fall below today’s low, it might make sense to go short with a trade trigger of $55.43. Even if the rest of the market doesn’t get crunched, Big Tech stocks (like ORCL) still could with a critical round of corporate earnings quickly approaching.