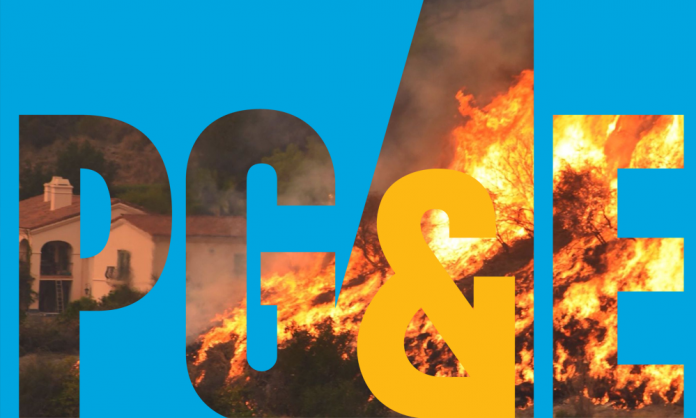 Pacific Gas & Electric Corp. (NYSE: PGC), after weeks of delaying the inevitable, finally released a statement saying that it will file for bankruptcy in California after 2018’s wildfires devastated several key regions for the company – racking up $30 billion in liabilities.

Add to that the recent departure of CEO Geisha Williams, and investors now seem certain that the end is near for the long-standing utility company, based out of San Francisco. What they’re not sure of, however, is what could happen to PG&E post-bankruptcy. With such a sizable bill to pay, government takeover seems likely, but a few speculators are making big bets that the company will end up surviving this whole ordeal. If they’re wrong? They’ll lose everything, but to some, the risk could end up being worth the reward – however small the chances.

On Monday, just a day after cutting ties with former CEO Williams, PG&E said that it has plans to reorganize under Chapter 11 of the U.S. bankruptcy code on or around January 29th, providing the mandatory 15-day notice to current employees. While the company searches for new leadership, general counsel John Simon will take over in the interim, capping off a disastrous three-month span for the utility provider.

Since November, when the wildfires began, PG&E share prices have dropped a staggering 87%. Its debt was downgraded to “junk” status, and state regulators have more or less forced a management restructuring. Even worse, investigators are still determining if PG&E equipment started the wildfire (which claimed over 100 lives) in the first place, causing the aforementioned $30 billion in damages – dwarfing PG&E’s measly $1.5 billion in available cash.

Company board members, in an attempt to save face, claim that the Chapter 11 reorganization “is ultimately the only viable option to restore PG&E’s financial stability,” suggesting that PG&E leadership still believes there’s a non-government-controlled future for the corporation.

And despite overwhelming evidence that suggests the contrary, plenty of speculators feel that way, too.

Investors have reportedly been digging into company financials, poring over statements and recent forecasts in an attempt to discern some shred of sustainability. After all, PG&E survived a 2001 Chapter 11 filing in the past, emerging in 2004 with share prices at a 300% gain.

Back then, the California electricity crisis was in full swing, causing over $40 billion in costs to both PG&E and the state – $10 billion more than the estimated damages from the wildfires. In the end, PG&E only ended up paying $10.2 billion to its creditors, and their 5.1 million customers paid above-market electricity prices (for years) to cover the leftover debt.

So, all things considered, there’s reason to believe that PG&E has a chance (albeit very slim) to come out on the other side of this filling as a publicly traded company – especially now that it boasts a staggering 16 million customers, most of whom would pay the wildfire damages in electric and gas rate premiums.

If, however, the state takes over PG&E (the more likely scenario in this case), California’s taxpayers would end up paying for it. As of right now, the state is almost $270 billion in the hole, and legislators are likely to deflect that additional $30 billion burden by any means necessary.

Speculators who believe that the company will stay publicly owned are now waiting for some sort of positive news to get back in. That could be a deal with state regulators, reduced damage estimates, or even improved financial forecasts. Whatever happens though, anyone investing now is inheriting a huge risk of losing their entire position – however enticing the rewards may be.

Trying to “play” bankruptcies like this darn-near requires a crystal ball, or some sort of insider information that would prevent investors from legally trading a bankrupt company’s stock. It’s much easier (and safer) to simply go after trends with tried-and-true methods, moving with the market instead of panning for gold at the bottom. However, in chasing Chapter 11 trading opportunities, speculators usually just end up discovering fool’s gold (something Californians should be very familiar with), buying into “dead cat bounces” (last minute, unsustainable rallies) before their trade balance hits 0.