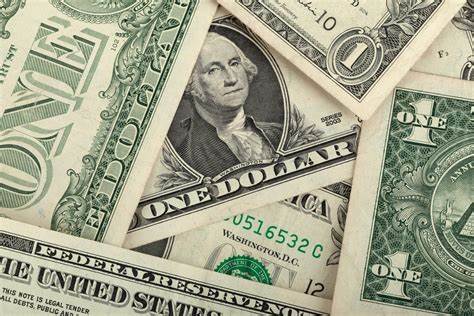 Stocks dipped as the dollar ripped today, forcing many bulls to reconsider the odds of a Thanksgiving rally. The Dow, S&P, and Nasdaq Composite all tumbled with tech shares leading the way lower. Treasury yields remained flat despite the dollar rally.

Much of the dollar’s sudden surge stemmed from Covid fears out of China. Beijing reported several deaths from the virus as investors buckled down for yet another set of Chinese “Covid Zero” lockdowns. Three individuals – between the ages of 87 and 91, all with pre-existing conditions – died in Beijing over the weekend.

The city is now experiencing several hundred new cases per day. Temporary restrictions were put in place, closing gyms, some supermarkets, and a shopping mall. Local restaurants switched to takeout-only.

In parts of Beijing, however, lockdown measures are far stricter. Some residents are not allowed to leave their apartment buildings while schools have moved to online classes.

And in China’s southern province of Guangdong, cases are climbing even faster. The province reported nearly 1,000 symptomatic infections and 8,000 without symptoms. The province’s capital city of Guanzhou was one of the hardest hit by the latest wave of new infections.

In total, mainland China reported over 26,000 new Covid infections on Sunday. Rising case totals threaten to throw China back into total lockdown, reminiscent of the country’s draconian measures implemented in 2020.

“That puts a dent in the global economic recovery story that we were hoping would be ushered in with a reopen in China,” explained B. Riley Financial strategist Art Hogan.

Crossing above the 10-SMA following a protracted selloff has been a very successful bullish setup over the last year. Dollar bulls (and equity bears) are preparing for a major retracement.

That could result in volatile, sideways markets as rate hike speculation continues to spark sentiment flip-flops.

“Financial markets are at a crossroads as narratives build up around two very different outcomes that depend on data prints over the next few months, as well as the reaction function of central banks, especially the Fed,” said Bank of America strategist Ritesh Samadhiya.

“The first is a benign outcome where the Fed executes a ‘soft’ landing by cooling inflation without pushing the unemployment rate too high. The other, relatively gloomier scenario, is one of a global recession, which suggests further potential downside to risk assets. The high likelihood for both, as suggested by leading indicators, hints at a middle-of-the-path outcome that could see markets range-bound in the near future.”

The most obvious (and immediate) turning point for stocks is the November jobs report, which comes out on December 2nd. Don’t be surprised if the market chops sideways until then, or, a dollar rally (possibly as a result of Chinese lockdowns) plunges stocks back down to their mid-October lows.