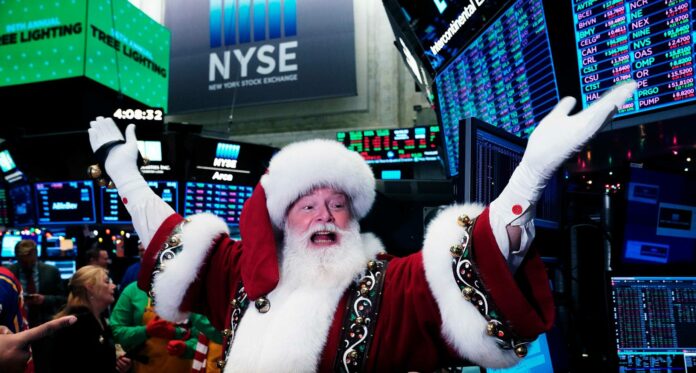 Sentiment flip-flopped today as the market weighed ongoing “Fedspeak” from prominent Fed officials. The Dow, S&P, and Nasdaq Composite opened lower this morning before rallying to trade flat through noon.

Treasury yields fell slightly in response to dovish talk from Fed Vice Char Lael Brainard, who reclaimed her title as the Fed’s biggest dove after shifting hawkish over the last few months.

“It will probably be appropriate soon to move to a slower pace of increases,” Brainard said at a Bloomberg event in Washington.

“But I think what’s really important to emphasize, we’ve done a lot, but we have additional work to do.”

She went on to say that the Fed remains very focused on potential “spillovers” of tightening and that the central bank is aware of risks becoming more “two-sided” due to higher rates.

The two-sidedness here being the market’s propensity to either boom or bust depending on how trends shift. Low liquidity (due to restrictive monetary policy) has contributed substantially to the market’s worsening volatility.

As rates go higher, explosive moves from stocks should only become more commonplace. Brainard said that the Fed acknowledged this, which wasn’t necessarily a revelation. But it is further evidence that the Fed may be leaning dovish for December’s rate increase.

“We’re at a point we can start thinking maybe of going to a slower pace,” Waller said.

Waller and Brainard essentially said the same thing, except Brainard didn’t include any comments on the concept that the Fed’s target rate remains unchanged.

We’ve discussed in the past that a longer, drawn-out tightening campaign would only be more painful for stocks in the end.

Traders especially would prefer a rapid plunge to a slower descent so as to draw out all the bearish venom at once.

For now, though, bulls are back in control in the short term.

“A notable shift has occurred in the market, with investors increasingly risk-on across asset classes,” said Nationwide chief of investment research Mark Hackett.

It could be leading up to an epic market melt-up if the Fed unveils a 50 basis point hike (vs. a 75 basis point one) in December. Keep in mind, too, that the next jobs report could be very weak. A slew of corporate firings this month could spike unemployment again, and investors may finally see a jobs “miss” as a result.

Amazon (NASDAQ: AMZN), for example, is expected to lay off roughly 10,000 employees starting this week according to a New York Times report. The Wall Street Journal also had a source that said the company plans on firing “thousands” very soon.

If true, this would be the latest in a string of major Big Tech layoffs. Meta (NASDAQ: META) announced last week that it would axe more than 11,000 employees. Twitter famously fired roughly half of its workforce after Elon Musk took control.

The rumored Amazon layoffs would be the largest mass-firing in company history. Keep in mind, however, that Amazon has over 1.6 million full and part-time employees as of last year.

But as layoffs pick up steam heading into the holidays, they will provide the Fed with a potential “out” if Powell & Co. are too scared to raise rates much further. Which, in the end, would spark a massive “Santa Rally” heading into 2023 as the Fed finally starts to shave its rate hikes, like so many bulls have hoped it would over these last few months.