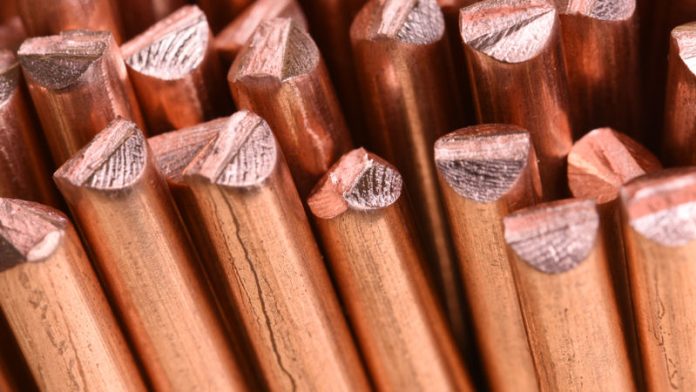 Since the start of earnings season, though, investors learned that even record-setting numbers haven’t been enough to satisfy traders in some cases. More than 80% of the S&P stocks that already reported beat analyst estimates.

And yet the index is flat over the last 6 trading sessions.

The fear is that the post-pandemic benefit has already been priced in for most companies. What’s more, those that are expected to see a reopening-sensitive resurgence could face significant challenges moving forward. Boeing (NYSE: BA) and Ford (NYSE: F) – both set to report earnings this week – will wrestle with soaring material prices, which are up in response to a more active global economy. Transportation prices are rising, too.

That should only hinder these types of stocks as they turn the corner post-Covid.

New inflation data is due out this week as well by way of the personal consumption expenditure report. It’s the Fed’s preferred inflation gauge, making its release on Friday a potential turning point for monetary policy.

And, eventually, the direction of the market, too, if the Fed decides to take action – something that Grant Thornton chief economist Diane Swonk believes could happen.

“I think the Fed would like not to be a feature next week, but the Fed will be forced from the background because of concerns about inflation,” Swonk warned before tempering her remarks with a bullish twist.

“The Fed is trying to let a lot more people get out onto the dance floor before it calls ‘last call.’ Really what Powell has been saying since day one is if we take care of people on the margins and bring them back into the labor force, the rest will take care of itself.”

One well-observed market ratio – the copper/gold ratio – suggests that the Fed will eventually be called to attention as well. For many years, copper has been a good leading indicator for global economic activity (and inflation). The reason being that it’s a key industrial metal used in a wide range of industrial applications.

Gold, on the other hand, is a safe-haven asset that doesn’t have nearly as much industrial appeal. That makes it a good gauge of the market’s fear levels.

As a result, the copper/gold ratio can help clarify both bullish enthusiasm (via a lack of fear) and expected global economic activity. 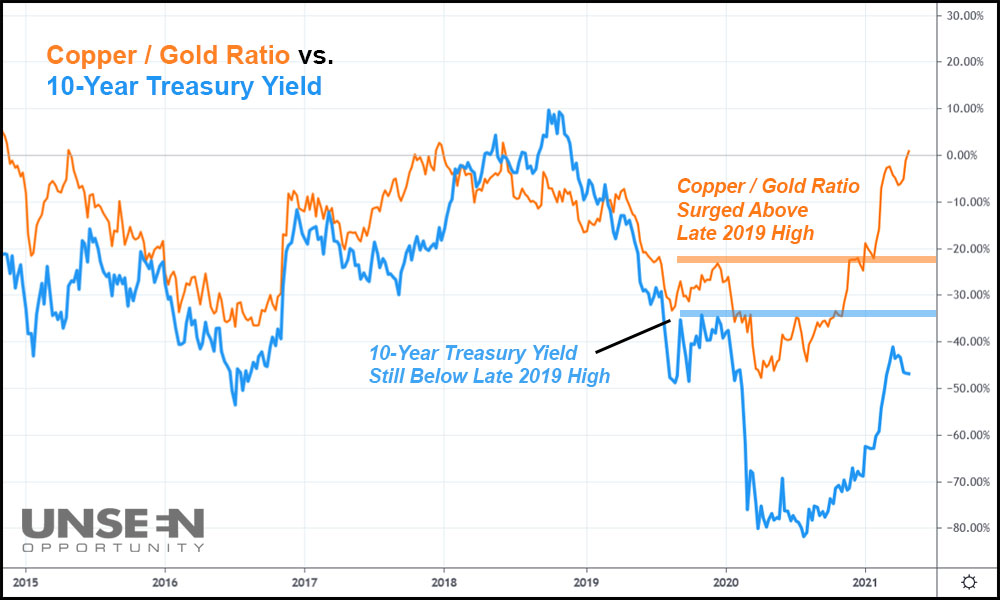 Yes, they both sunk when the Covid pandemic initially hit. Now, though, the copper/gold ratio is well above its late 2019 high. The 10-year Treasury yield, meanwhile, remains well below its own highs from late 2019.

And more recently, Treasury yields have fallen while the copper/gold ratio exploded even higher.

If the metals markets are right and a surge in global economic activity is on its way, equity markets around the world could become incredibly unstable. The gap between the 10-year Treasury yield and the copper/gold ratio will be forced to close at some point, whether through a spike in yields or a crash in copper prices.

Either one would be extremely painful for stocks in the short term. It might not happen as soon as this Friday after the Fed sees the latest inflation print, but make no mistake about it:

A major market reckoning is drawing near.

Until then, bulls are simply biding their time, regardless of how much Fed Chairman Jerome Powell continues to downplay economic fears.

And independent of any assurances that inflation won’t spiral out of control.