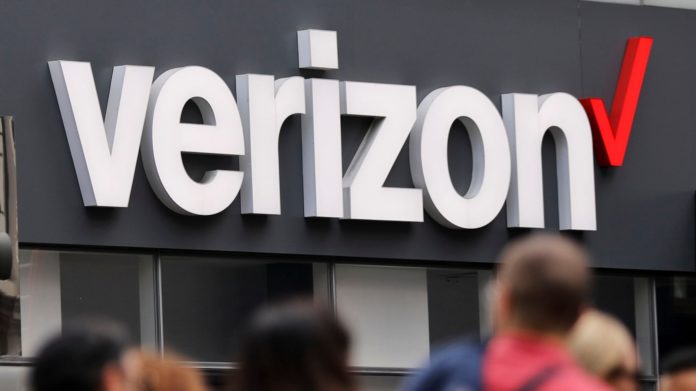 The trading session is over, and so too could be the Covid-19 rally. Stocks got shellacked today as investors fled the market in fear of a “second wave” coronavirus outbreak. Texas, Arizona, and California have all seen an uptick in cases after reopening their respective economies.

The market seems to believe the new hospitalizations could indicate a bigger problem.

Plus, the overextended rally was already looking a little “long in the tooth.” Bulls had been looking for a reason to take profits for weeks now.

The new Covid-19 statistics gave them one.

It was the worst day for the market since March 16th, when the indexes all plunged 11% on the day. If bears can keep up the current pace, stocks will be back to the March lows in a hurry.

“The sense is maybe the market got ahead of itself, which makes sense given the fact that we’ve come so far so fast. The reality is this thing’s going to linger longer than probably the market had thought of.”

The troubling coronavirus data came just one day after the Fed revealed its economic roadmap. According to a statement by the central bank, rates will stay near-zero until 2022, and unemployment is expected to remain in the double digits until the very end of this year.

But even all the stimulus in the world (or the United States, in this case) won’t save the economy from a second wave, argued Dennis Debusschere, macro research analyst at Evercore ISI.

“With TX, AZ, CA new cases and hospitalizations increasing, and investors concerned that recent protest will fuel a wave of infections, the risk of persistently weak economic and earnings growth has increased,” Debusschere said.

“S&P fair value estimates are falling as a result.”

Whether a second wave is truly coming or not, stocks seem poised to continue tumbling for the immediate future, presenting a major trading opportunity for short-term bears. 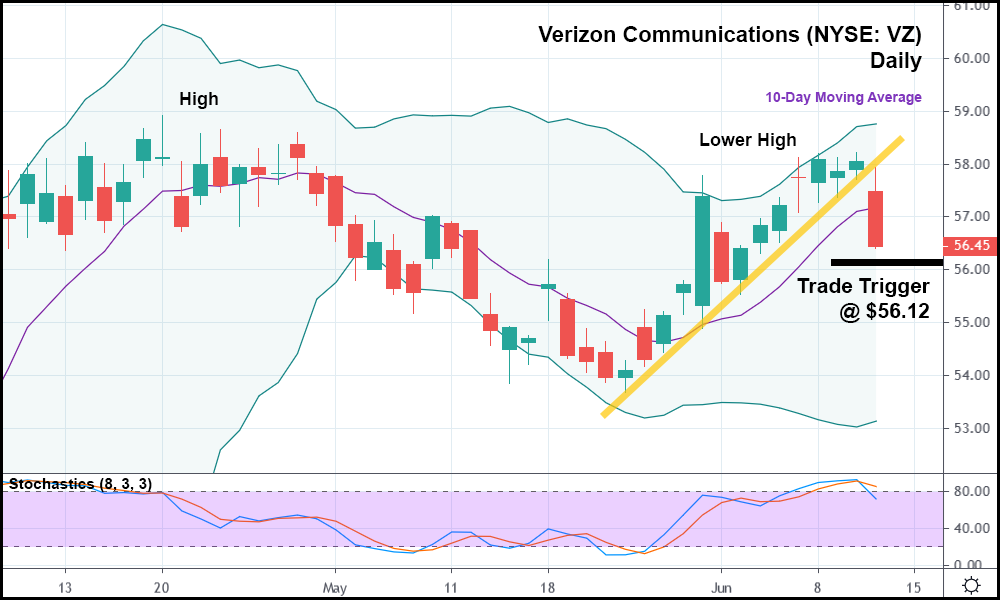 Verizon Communications (NYSE: VZ) came rocketing out of the gate after its shares bottomed during the coronavirus-driven crash. From late March to early April, VZ surged 20%, setting a high in the process.

Then, VZ tumbled for almost the entire month of May, skimming the lower Bollinger Band until June, when the stock soared once more.

Now, however, after today’s dismal trading session, VZ finds itself on the ropes again. The stock fell below its minor bullish trend (represented with the yellow trendline) and the 10-day moving average. Worse yet, it even set a lower high.

Should VZ trade below today’s low, it might make sense to take the stock short with a trade trigger of $56.12. There’s still plenty of venom left in the “rattlesnake” that today’s sell-off turned into. Bag-holding bulls need to be careful not to get bitten on the way down.

All while short-term traders rake in a tidy sum of “flash crash” gains over the next few days.