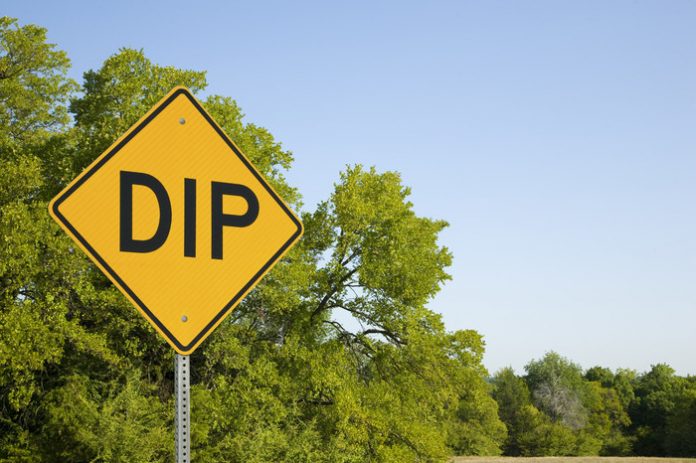 The economy has softened, and Fed Chairman Jerome Powell is talking about slashing interest rates in response. Just a few months ago, another rate cut seemed probable.

Now, it’s a near certainty.

But what investors don’t necessarily agree on is when the rate cuts are coming. Most of them expect rates to decline in July, while others believe it could happen as early as next week.

Either way, they’ve entered a “buying frenzy”, causing equities to skyrocket over the last week in historic fashion. In fact, both the Dow and S&P are near their all-time-highs once again.

And though it’s certainly easy to get swept up by the excitement of a rate cut, that doesn’t mean traders should blindly mash the “buy” button in anticipation of a dovish Fed announcement.

Rather, it appears that investors have already priced-in much (if not all) of the benefit that slashing rates would provide – a very concerning thought to folks who may have reinvested after May’s correction.

And it seems that now the recent rally is starting to lose steam, I’m not the only one taking notice.

“The market, in all likelihood, [has] gotten a little bit too optimistic about rate cuts,” he said.

“Rate cuts are coming, but not until September.”

The most interesting part of Emanuel’s interview, however, was regarding market sentiment. It’s something I’ve been talking about for weeks now in this newsletter but has largely been ignored by most investors.

“The market has gone from being skeptical of rates cuts at all as early as three weeks ago to believing that you’re going to get a rate cut potentially in June — almost definitely in July, and could get three or four by the end of 2019,” he said.

In this case, Emanuel’s talking about the constantly shifting goalposts that Wall Street has relied on to make investing decisions. It’s unsettling to think that America’s top firms have adopted a “buy (or sell) the news” trading methodology, but based on how the market has behaved over the last few weeks, it certainly seems like that’s been their strategy.

But as long as the going is good, it looks like they’ll continue to push stocks higher and higher.

Even that has a limit, though, as evidenced by the Dow’s 6-day winning streak – something that hasn’t happened in more than a year. Now, however, the daily gains are starting to contact, suggesting that the end of the rally is nigh.

“Anytime you have a straight-line move in either direction, that tends to not carry through,” Emanuel said.

But that’s not to say that investors should take a bearish stance on equities. Rather, they should remain cautious of how a rate cut will truly affect the market.

Because once the rate reductions are officially announced, there might not be any more benefit to price in. Folks interested in “buying the rate cuts” have already done so, and exhausted much of their goodwill in the process.

Will there be more optimism to go around once they actually hit? That’s left to be seen. Stocks seem poised to keep rising long-term, but disappointed investors could cause another rapid dip if we find out that the rate cut isn’t planned for July, but further down the road.

It’s a dangerous time for bulls to get excited, and even more so for traders who want to push the rally a little further. If you’re planning on getting involved in the surge, do so for the right reasons – not because the Fed’s going to slash rates at an unknown date in the future.