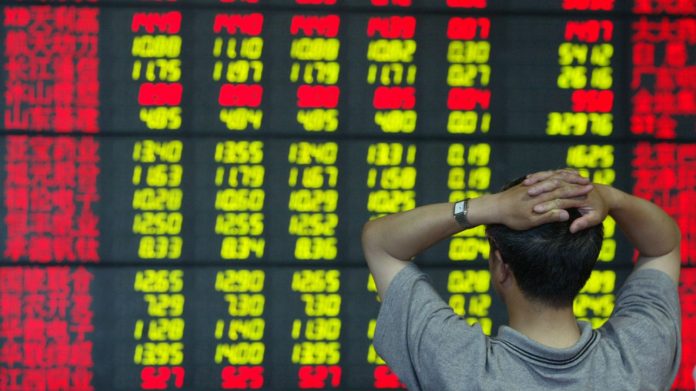 While it might be hard to imagine iconic companies like Sears or General Electric hitting rock bottom, it’s even harder to imagine that long-term investors will buy these stocks all the way down to their final resting place:

Some long-term investors hold on to losers for years, fearful that as soon as they sell, the stock will take off like a rocket, leaving them with nothing to show for it but regret and a much-reduced balance sheet.

General Electric has been on a lot of trader’s minds lately.

Investors look at GE’s history of innovation, its infrastructure, and its resources, and say “this stock is undervalued and has a bright future. I’m buying and holding for the long term.”

Countless investors have thus bought into GE over the last two years, despite the stock’s abysmal descent toward prices not seen since the 90’s. They tie their money up into a loser, and then hold onto that loser as it leeches their portfolio value for months, even years.

General Electric is especially tempting because of its history and resources. Investors are taking a glass-half-full approach to the 126-year-old company, focusing on the success of its digital division, which has bet big on the Industrial Internet of Things (IIOT) and is poised to capture a significant share of this multi-billion-dollar market.

Unfortunately for GE and its shareholders, the profits coming out of their digital division are a drop in the bucket compared to the rest of the company’s sales, which are mostly tied up in the same stagnating business services from the 90’s or earlier. Those sales, meanwhile, cannot save the company from its growing debts, which they’re almost certain to default on if interest rates continue to rise.

The Trend Is Your Friend

It’s true that some companies make comebacks, but those stories are incredibly rare. It’s not every day you have a Steve Jobs who can transform a failing company like Apple.

Investors imagine GE could share a similar fate. But the more likely scenario is the company will continue to drag down investor portfolios until the stock hits zero. If that sounds crazy, just ask what long-term Sears investors felt like when they were handed Pink Sheets valued at a fraction of their original investments.

The reality is trends are almost impossible to break once they’ve begun. Under certain conditions, stocks can snap up or down against their dominant trend. But they almost always resume their original path afterward.

General Electric has been hitting lower lows for 20 years now. Investors could’ve taken their money out years ago and invested in a company with a favorable trend. Instead, many have held off, trusting their gut instincts that the stock is undervalued, and a breakout moment is around the corner.

But gut instinct is not a trading strategy. And the favorable trend which carried GE to its all-time-high in 2000 is could be gone forever. GE shares are approaching their 2008-2009 post-financial crisis lows once again, and a further fall from here could all but seal the company’s fate.

The Biggest Risk to Portfolios Is Emotion

Investors who buy into companies like GE or Sears with unfavorable trends are expecting those trends to reverse at some point. But when they don’t reverse, they decide to hold onto those positions out of fear that as soon as they sell, the stock will reverse its trend and begin to rise.

This concept is called FOMO: Fear of Missing Out, and it can destroy an investor’s portfolio over time. Rather than accept the loss and move on, these investors are like lovers in an abusive relationship, refusing to move on, keeping faith that the other person (or company, in this case) will one day “change”.

Investors may feel safe knowing that a company like GE is worth something because of its physical assets and resources. But if a company isn’t innovating fast enough and its debt continues to rise, shareholders could care less about physical assets or past favorable trends. Traders are pricing in the future, not the present or past. And with GE defensively selling assets left and right, it’s only a matter of time before there’s nothing left but bad debt.

So for any investor who refuses to sell General Electric or other venerable American brands despite unfavorable trends, it may be a wise choice to reconsider – at least until a positive trend develops.