Stocks traded slightly higher this morning in hopes of closing out the current week for a gain. But with bulls unable to stage a true breakout, investors have grown increasingly nervous. Stalled rallies – like this month’s – have happened on several occasions during the pandemic’s lengthy bull run.

This time, however, investors are running out of good news. Bearish headlines have sprung eternal in May, and today, several more just emerged. 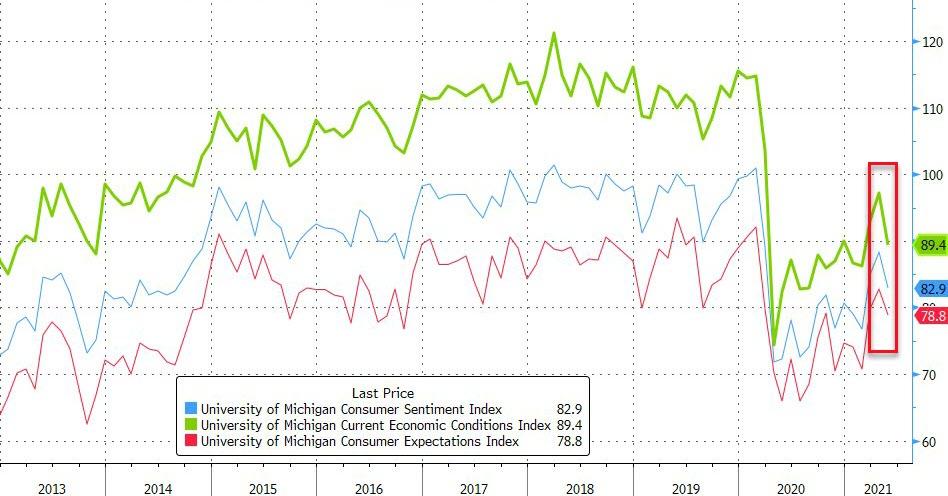 The University of Michigan’s sentiment survey revealed a decrease in consumer confidence, following suit with The Conference Board’s most recent survey which also measured a disappointing plunge in short-term expectations. 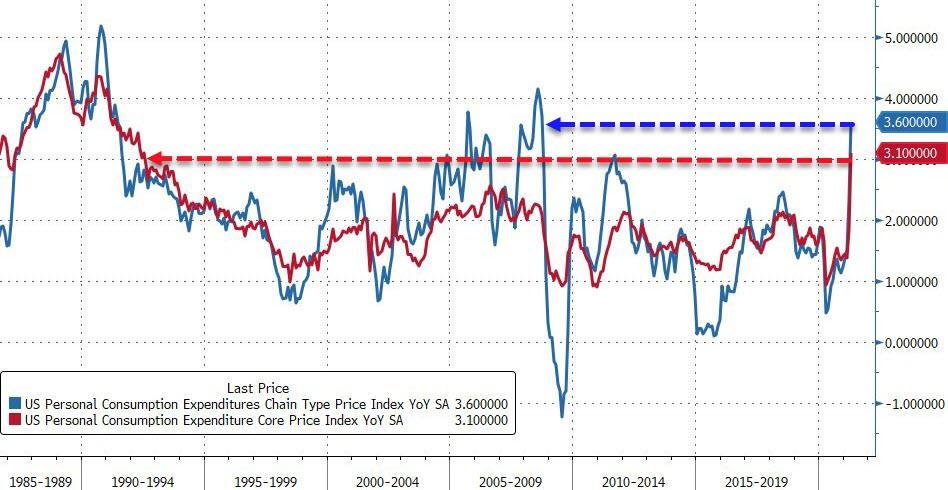 Even worse was the Fed’s favorite inflation indicator, the headline Personal Consumption Expenditures (PCE) Price index, which erupted for a 3.6% year-over-year increase. That’s the biggest jump recorded since 2008.

And the core PCE index, which excludes the food and energy sectors, soared 3.1% year-over-year. The last time investors saw a core PCE increase of that magnitude was back in 1992. 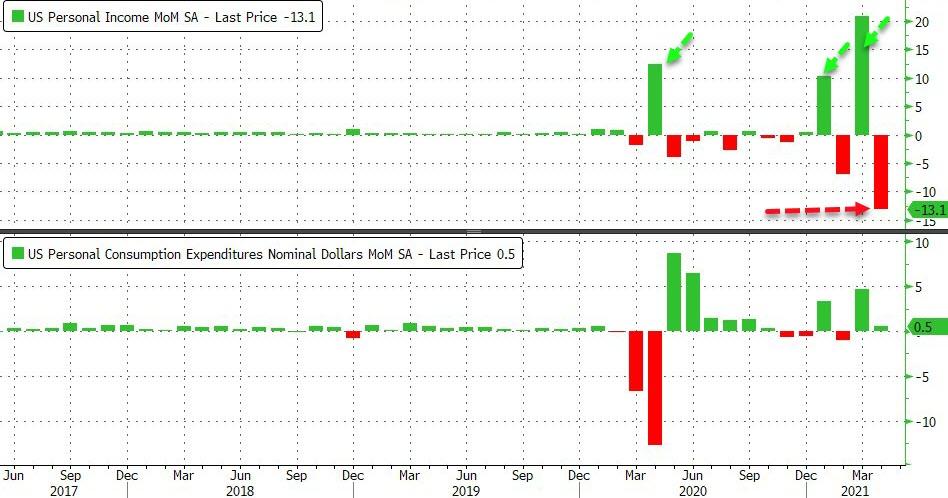 April’s US personal income data then provided the cherry on the bearish sundae. Incomes crashed 13.1% month-over-month while spending only increased by a meager 0.5%. That had a profound effect on the personal savings rate, too, which sunk 50% last month. 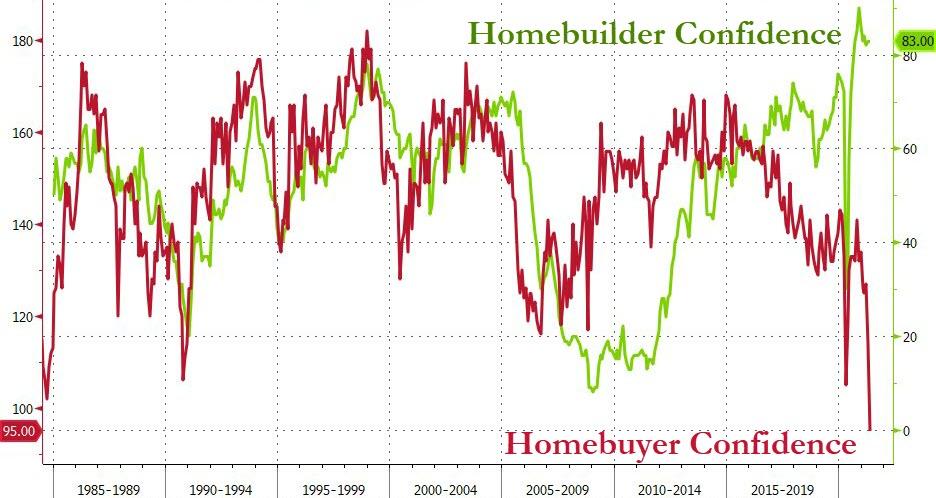 Oh, and let’s not forget that earlier in the month, we learned homebuyer sentiment also crashed to an almost 40-year low.

The University of Michigan Sentiment survey found that consumers predominantly expect prices to rise as well, hitting a level of confidence in this prediction unseen since 2008.

Best of all, consumers seem certain that prices are going to continue going up.

Over the last few weeks, we’ve discussed stagflation – a period in which economic demand stagnates while inflation rises. The US is currently on a collision course with a “stagflated” economy according to the data. And the last time this happened in the US was under President Nixon after he took the dollar off the gold standard.

Fed Chairman Paul Volcker eventually spiked interest rates to 20% to save the country, ultimately plunging it into a depression. Volcker was hated for it, of course.

But he did what no one else was willing to. Volcker was the only “adult in the room.”

Will there be another “Volcker-type” hero to save the day again? The current Fed Chairman, Jerome Powell, has shown that he’s incapable of such bravery. To his credit, he attempted to raise rates in 2018.

But the market sunk in response and Powell sheepishly brought rates lower.

Stocks may be fighting to stay afloat, but at this point, it seems to be only a matter of time until the “house of cards” comes falling down. Investors who position themselves in anti-inflation assets – precious metals, crypto, commodities – could end up making out like bandits.

Or, at the very least, they won’t see their portfolios get hammered nearly as much as the “buy and hold” crowd.

All of whom are blissfully ignorant about the worrying data, charts, and trends listed above.