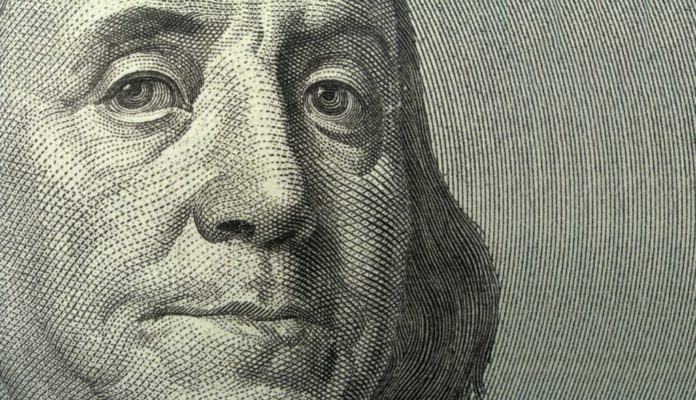 Stocks ripped higher this morning, zooming upward just one day after the S&P cratered. It was the worst single-session sell-off since February.

And now, the “transitory inflation” narrative has taken over despite yet another stunning monthly price increase.

But it did little to dissuade bulls from attempting to spark a recovery. Wall Street analysts were quick to pivot, too, and released notes to clients explaining that they had little to fear.

“There was no major panic outside the systematic community as the ‘transitory inflation’ narrative appeared to be adopted,” said traders from Morgan Stanley’s quantitative and derivative strategies desk.

“The desk continues to see demand in mega-cap tech from the longer-term community for the third day in a row.”

Bank of America analysts made a similar observation, saying that “both the Fed and the bond market largely dismissed the report as a fluke.”

The bank’s commentary then took a slightly more pessimistic tone, suggesting that rapid GDP growth in Q2 has “caused an acute shortage of inventories and workers.”

“This explains not only the big jump in core inflation, but the 0.7% surge in wages,” B of A analysts concluded.

Meanwhile, JPMorgan thinks that the CPI and PPI data won’t change the Fed’s plans. We mentioned in the past that Fed Chairman Jerome Powell may misinterpret the April jobs “miss” as a sign of weakness. JPMorgan strategists say might actually happen following the most recent economic reports.

“[Nothing has changed] from the Fed’s view. The Fed is focused on the labor market, believing that any transitory inflation can be weathered by consumers,” the bank said.

Other analysts have jumped on the bullish bandwagon as well. Truist’s chief market strategist, Keith Lerner, boldly predicted that “this bull market ultimately has further to run.”

He doubled down, saying:

“Investors who are underweight equities should look to average into the market weakness and become more aggressive.”

In other words, don’t worry about April’s red-hot inflation print or the fact that stocks have scorched higher for months.

Just keep buying into the dip.

Eventually, Lerner will be right. The market will set new all-time highs at some point.

But it could be several weeks until that happens. And certain stocks could get absolutely pummeled in the process.

Back in April 2010, the market’s post-Financial Crisis rally ran into trouble after rising over 70% from trough-to-peak. Equities stumbled, and a new S&P high wasn’t made until 6 months later.

Today, the S&P sits atop a 95% trough-to-peak post-Covid gain. Will stocks endure a similar period of turbulence?

Given the underlying pressures, they certainly could. Yes, the US economy is staging a massive comeback. But the market has been poked and prodded like never before and inflation could easily scream higher again in May.

Unless stocks give a clear sign of a bullish continuation – like a move back above the S&P’s 10-day moving average – it might be better to hold off on Lerner’s dip-buying advice. Because if he’s wrong, and stocks head lower, investors who attempt to “catch the falling knife” will only accelerate their losses.

When really, they should’ve taken a step back and waited for bulls to rebuild some much-needed momentum.