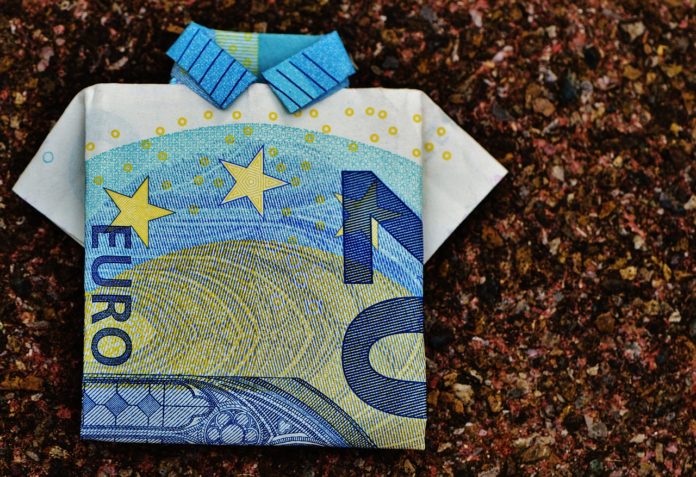 Stocks fell today, breaking the market’s three-session winning streak. The Dow and S&P both dropped while the Nasdaq Composite closed for a razor-thin gain.

Overall, it was a frustrating session for bulls. Equities opened trading higher but were unable to stay above water, save for the Big Tech companies that prevented further losses in the major indexes.

As usual, airlines, cruise operators, and retailers stole the show. All three sectors fell in response to doubts over a full U.S. reopening.

In Beijing, the coronavirus is making a comeback, to the point at which China has canceled domestic flights. Several U.S. states – Oklahoma, Florida, and Texas – are seeing an uptick in cases, too.

Even without a Covid-19 resurgence, many analysts believe a bubble has formed and is about to pop. British investor Jeremy Grantham is nearly certain about it and issued a warning shortly after the market closed as a result.

“My confidence is rising quite rapidly that this is the fourth ‘Real McCoys’ bubble of my investment career,” Grantham said in an interview on CNBC, referencing three major bubbles of the past – the 1989 Japan bubble, the 2000 dot com bubble, and the 2008 financial crisis.

“This is crazy stuff.”

Hertz (NYSE: HTZ), the bankrupt company Grantham was talking about, is likely to become a cautionary tale for young investors. Company leadership is trying to issue more stock while expecting it to eventually become completely worthless.

To scores of analysts, that’s extremely concerning, if not indicative of a truly irrational market.

With little to trade amid the recent choppiness, investors are turning to alternatives. Forex, for example, has grown in popularity over the last few weeks.

And one currency pair in particular – euro/U.S. dollar – is stealing the show. 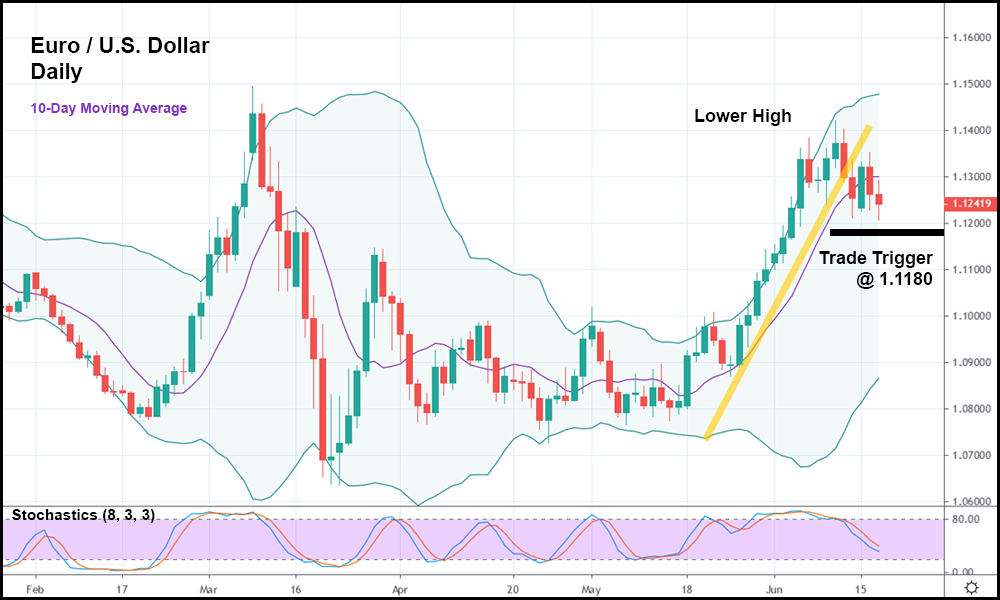 The euro, in terms of dollars, has done very well since mid-May. Unprecedented stimulus from the Federal Reserve has been mostly to blame, and keen forex traders made a killing by going long the popular currency pair.

Now, though, EUR/USD seems to have topped out and set a lower high relative to the high of mid-March.

After breaking past its bullish trend (represented with the yellow trendline) and the 10-day moving average, EUR/USD is giving traders a setup.

Should EUR/USD trade below today’s low, it might make sense to take the currency pair short with a trade trigger of 1.1180.

The stock market might be a little frustrating at the moment, but thankfully, forex is providing investors with additional trading opportunities. And with so much stimulus going around, there’s arguably never been a better time to give currency pairs a shot.