Stocks opened for a slight loss today after the most recent Consumer Price Index (CPI) reading was released. Several days ago, Bank of America analysts predicted a significant headline and core inflation “beat.”

And, as has been the case for all of 2021, the bank’s CPI forecast was spot-on. Headline CPI soared 0.9% month-over-month (MoM) vs. 0.5% expected, measuring the largest headline inflation increase since 2008. Year-over-year (YoY), that translates to a gain of 5.4% which also hasn’t been seen since the months immediately prior to the Financial Crisis. 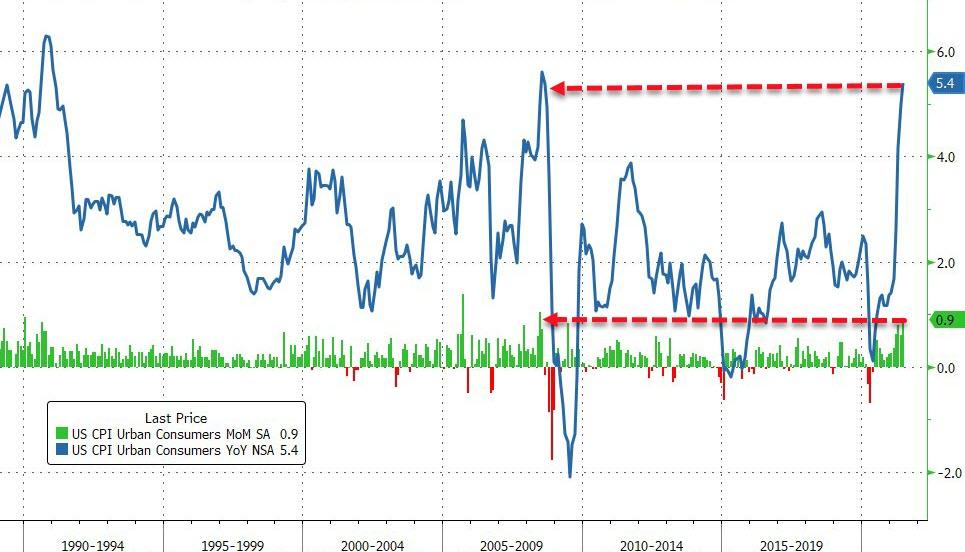 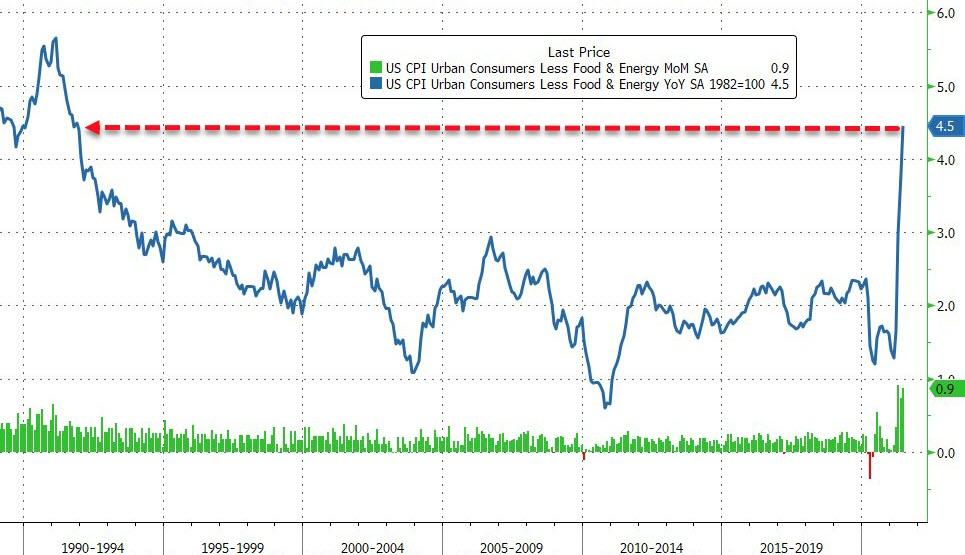 Instead of slowing down (like central bankers say it will), inflation’s only become an even bigger problem. Goods outpaced services YoY, rising a massive 8.7%. The last time the price of goods jumped this quickly YoY was all the way back in 1981.

But the most eye-popping price gain came from used cars, which exploded for a 10.5% MoM increase. That’s the largest monthly increase observed in the almost 60-year history of the price category.

The silver lining here is that used car prices likely peaked. In the coming months, a “used car crash” should bring overall CPI down significantly.

It’s not going to be a permanent decline, however, and won’t completely derail the longer-term inflation uptrend.

Investors believe this to be the case, too, as evidenced by the dollar’s price action. 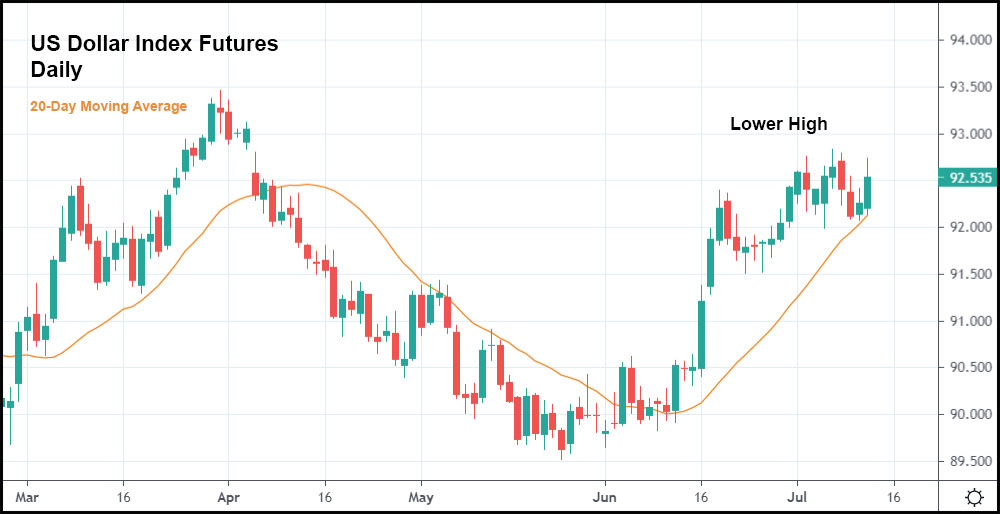 US Dollar Index futures surged today in response to the latest CPI print as the market starts to price in a quicker-than-expected rate hike from the Fed. In the Fed’s last meeting, its members favored a pair of rate hikes in 2023.

Now, though, a rate hike in early 2022 seems to be a legitimate possibility. But that doesn’t mean the dollar will continue to climb. In the daily candlestick chart above, it’s clear that the dollar has set a lower high relative to its high from April.

A downtrend reversal could soon arrive as a result. The US Dollar Index is also dangerously close to the 20-day moving average (20-SMA) – a key trend-identifying indicator. When the index crosses the 20-SMA, a downtrend often follows. Just look at what happened in mid-April.

Of course, the dollar could certainly burst even higher from here if taper concerns accelerate. Fed Chairman Jerome Powell will speak before Congress tomorrow and Thursday.

If he hints at a 2022 rate hike or any sort of tapering, don’t be surprised to see another dollar rally.

But if the dollar crosses below the 20-SMA instead, it could easily make a move toward the late May lows.

And though that would undoubtedly cause significant market pain, certain types of stocks and ETFs could end up doing very well in response. Or, at the very least, act as a safe haven while other sectors get hammered during the “taper tantrum.”

Emerging markets love a sinking dollar. So too do precious metals-related stocks. Goldminers, for example, are well below their recent highs. The iShares Emerging Markets ETF (NYSE: EEM) is as well.

Even the international ETFs (that aren’t emerging markets-focused) are down from their recent highs also.