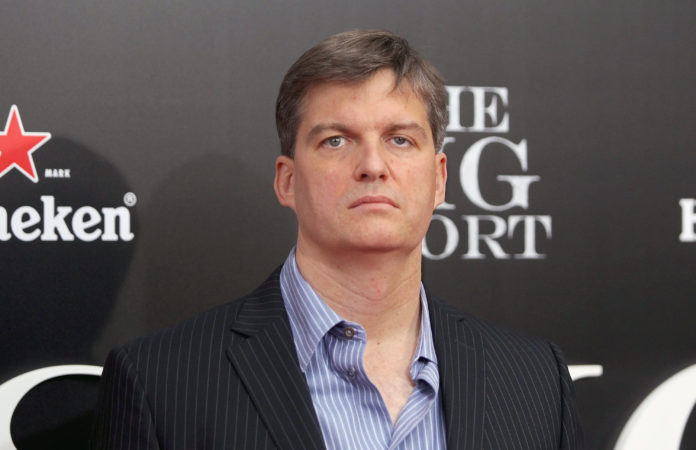 Is the market in the greatest bubble of all time?

According to Michael “Big Short” Burry, it certainly is.

“People always ask me what is going on in the markets. It is simple,” he wrote on Twitter.

“Greatest Speculative Bubble of All Time in All Things. By two orders of magnitude.”

Burry observed earlier in the year that hyperinflation was coming for the US. And in a manner not all that different from how it happened in the Weimar Republic.

Weimar, Germany was hit with a period of rapid inflation from 1921-1923 that caused significant political instability and suffering among its people.

The hyperinflation was caused by a massive increase in the money supply when the German government attempted to pay off its World War 1 debts by selling its currency in exchange for foreign ones. The Treaty of Versailles required that Germany pay its debts back in either gold or foreign currencies, forcing the mass sale of Marks.

And as the Mark fell in value, Germany needed more and more of them to buy foreign currencies. As a result, the German monetary base increased exponentially, effectively undercutting any value it once had.

On the topic of Weimar, he drew comparisons between the former German state and the current economic climate in the US.

“Prices in Germany were steady, and both business and the stock market were booming,” Burry said.

“Speculation alone, while adding nothing to Germany’s wealth, became one of its largest activities. The fever to join in turning a quick mark infected nearly all classes […] Everyone from the elevator operator up was playing the market.”

And this comment was made before AMC’s latest moonshot to a new all-time high.

Burry concluded with a statement on how long it took for hyperinflation to “gestate” in Weimar.

“Throughout these years the structure was quietly building itself up for the blow. Germany’s #inflationcycle ran not for a year but for nine years, representing eight years of gestation and only one year of #collapse.”

He believes that 2010-2021 was America’s “gestation” period and that the one-year collapse is almost here.

It’s an ominous warning from one of the most successful bears of all time. Burry (and a few others) discovered the 2008 housing bubble.

Has he correctly identified another bubble that’s ready to pop?

It certainly seems that way. But unlike in 2008-2009, far more analysts and experts share Burry’s opinion.

Billionaire investor Paul Tudor Jones said just yesterday that things were “bat s**t crazy,” and “the idea that inflation is transitory, to me […] that one just doesn’t work the way I see the world.”

For reference, Jones correctly called the Covid-19 pandemic in late January when everyone else was insisting that it would quickly blow over.

“There’s no vaccination. There’s no cure,” he said at the time.

“If I was an investor, I’d be really nervous.”

So, that means two of the market’s most accurate “soothsayers” are worried. The question is, why aren’t bulls?

With an important Federal Open Market Committee (FOMC) meeting being conducted over the next two days, investors are hoping that the Fed keeps things dovish while ignoring the most recent inflation prints.

But even if Fed Chairman Jerome Powell doesn’t mention tapering in his after-meeting remarks, stocks may still fall. Bulls seem downright exhausted. The inability to stage a June breakout is proof enough of that.

More importantly, economic conditions have barely improved in the US. Yes, consumer demand has been sky-high over the last two months. But prices are surging, too, and demand is expected to stagnate significantly by year’s end. Prices, on the other hand, are unlikely to drop. Americans remain unmotivated to work in the meantime.

A dovish Fed would only accelerate the coming collapse. Investors may be starting to realize that, meaning they could potentially ignore what Powell has to say about rates, QE, and the ongoing post-Covid “recovery.”