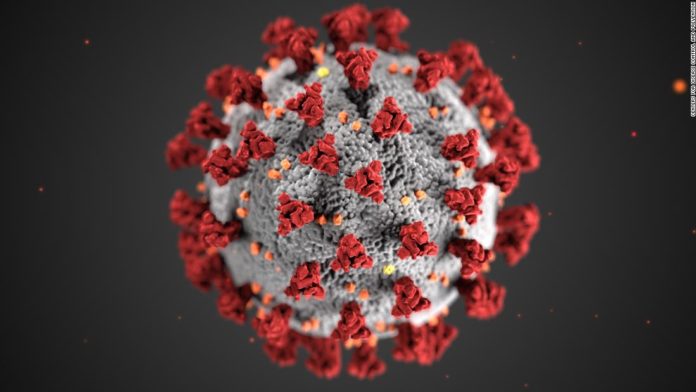 It was another wild trading session this morning as stocks opened significantly lower on the day. Treasury yields initially spiked, driving equities lower. The 10-year Treasury yield hit a 6-month high for a few moments.

But several hours later, yields were back down. Rate-sensitive tech shares gained, helping to lift the S&P. Dow components sat at a loss.

Despite this morning’s growth-led intraday reversal, however, many analysts still believe value shares will outperform in the coming months.

“The market is now, with the Powell renomination, thinking this is a reopening story, which sets aside any of the risks or concerns we might have about rising Covid infection rates.”

Haworth’s comments were made prior to a surprise announcement from the Slovakian government, which is set to impose a 2-week lockdown on its citizens regardless of vaccine status. The country is experiencing the world’s fastest rise in infections when adjusted for population. Neighboring countries Hungary and the Czech Republic also saw record-setting increases in daily infections yesterday.

Will these lockdowns really help to “set aside any of the risks or concerns” about a Covid resurgence? Not at all. Case totals are rising even in the United States. 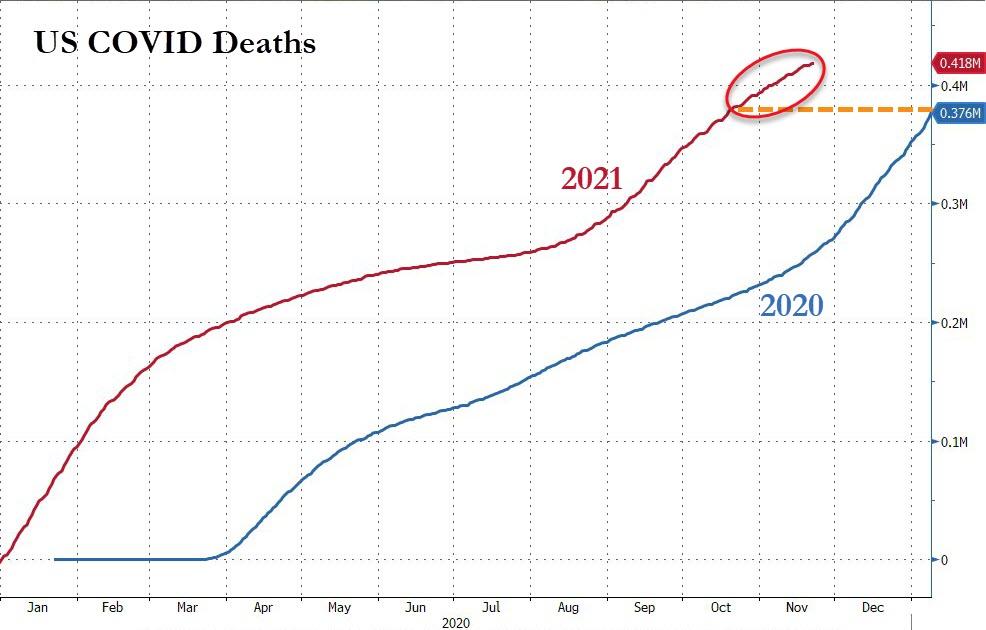 Deaths are up, too. In fact, US Covid deaths this year have actually exceeded 2020’s total based on data from Johns Hopkins. It’s a bit surprising given that over 60% of the US population is fully vaccinated according to the CDC. 69% are at least partially vaccinated.

Yet deaths in 2021 are higher than before the US had access to Covid vaccines. Worse still is that we have another month to go before the year ends. If infections continue to accelerate stateside, deaths could surge through Christmas.

And for the most part, analysts didn’t think that Covid would make a comeback. They believed that vaccines, treatment methods, and social distancing would finally end the pandemic in the near future.

Now, it’s clear that Covid’s sticking around for at least a little while longer than expected.

Wall Street banks said last month that a new variant could spoil the fun in 2022, but none of them predicted a good, old-fashioned seasonal spike in cases. It’s already begun in Europe, and even in highly vaccinated countries.

What happens if the US experiences something similar?

It won’t be pretty for reopening-sensitive stocks. And though growth shares won’t get hurt as much, they also won’t enjoy a “pandemic reboot” by any means. The Fed’s committed to slowly whittling away at its bond-buying programs. Inflation is surging and at least one rate hike seems likely next year.

If Covid cases continue climbing, the Fed will be put in an even more difficult position. Remaining hawkish into the teeth of an infection resurgence could have dire economic consequences. Alternatively, going dovish could push inflation to dizzying heights.

We’ve talked for months about the Fed’s “damned if you do, damned if you don’t” predicament. Powell was facing a tough situation six months ago. Now, escaping unscathed will be darn near impossible.

Unless, of course, the world simply chooses to live with Covid rather than avoid it at all costs. But based on the new lockdowns out of Europe, that outcome seems highly unlikely if not completely out of the question.