Overall, the adjustments represented a net downward revision of 22,000 jobs.

The unemployment rate remained unchanged last month at 3.6%. Analysts expected a drop to 3.5% by comparison. Labor participation stayed well below its pre-Covid level, barely ticking higher from 62.2% to 62.3%, matching estimates. 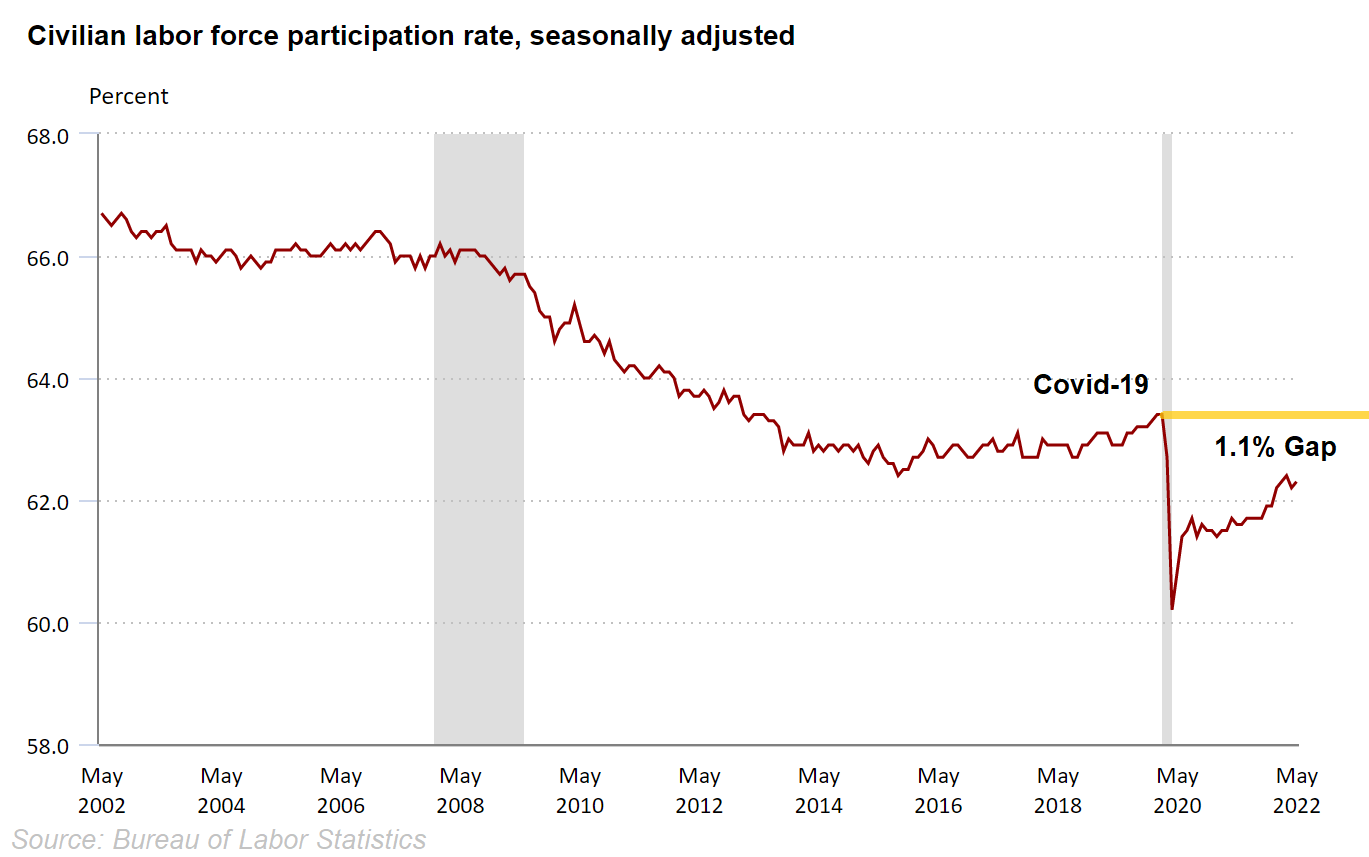 Once again, however, ADP’s report came in well below the BLS’s official number. This was also a common occurrence last year.

We theorized at the time that the BLS was going overboard with its seasonal adjustments and that ADP’s totals likely gave a more accurate snapshot of US labor. This was confirmed during the 2021 holiday season when the BLS revised lower the entire year’s worth of jobs data, bringing it more in line with ADP’s numbers.

Investors learned that they were essentially flying blind for the majority of 2021.

Will we see the same scenario play out in 2022? It’s certainly possible. But for now, Wall Street’s interpreting the BLS’s data as accurate, which has called into question whether the Fed will halt its rate hikes this September.

“Numbers this strong would likely reverse any hopes the Fed would consider a pause in rate hikes after the June/July increases, because it would signal the labor market remains very tight,” said Tom Essaye, founder of the Sevens Report.

Not everyone shared this opinion, however.

“For the Fed, this is stay-the-course data, in our view,” wrote Bloomberg analysts this morning.

“The 50-bp hikes in June and July remain likely, while September will remain a close call for 25 bps or 50 bps. Data over the next three months will determine if the Fed decides to adjust the pace of hikes.”

Obama’s chief economist and current Harvard professor, Jason Furman, gave his own take on the situation in a pre-market tweet.

“Average hourly earnings growth remains moderate relative to last year, shifting from a ~6% pace to a ~4.5% pace,” he wrote on Twitter.

“That’s the most important number in this release for inflation and it’s mostly reassuring.”

Furman’s absolutely correct. Although the Fed has used the “hot” labor market to justify its rate hikes in the past, these days, it’s all about inflation. Yes, a strong jobs number suggests that the US will be able to better absorb an aggressive tightening cycle, but really, slowed earnings growth should serve as a larger influence for Fed policy.

The whole “no hikes past September” narrative was driven entirely by the Fed’s minutes release from last week, in which investors found out that Powell & Co. now believe inflation will moderate to just 2.5% in 2023. Decelerating wage growth will only strengthen the Fed’s belief that its hypothesis is correct.

Which, ultimately, should keep the Fed on track to halt its hikes in a few months despite today’s gaudy headline “beat” on May payrolls, accurate or otherwise.