The market hit yet another new all-time high this morning as Friday’s bullish enthusiasm carried over through the weekend. The S&P, Dow, and Nasdaq Composite all enjoyed significant early gains, led by surging tech shares.

And today’s strong morning session was largely driven by Fed Chairman Jerome Powell’s recent speech. Last Friday, Powell went unexpectedly dovish with his remarks on the US economy. A meltdown from the dollar and a meltup in assets resulted.

“The fact that the Fed did not give a definitive timetable for tapering on Friday gives stock and bond ‘bulls’ a needed boost of confidence,” wrote Bankhaus Metzler analyst Sebastian Sachs in a note.

“As long as accommodative monetary policy remains in place, investors’ fear of missing out is greater than their fear of losing money.”

It’s been said that all markets are motivated by two things, and two things alone:

In this case, Metzler correctly identified that the fear of missing out (FOMO) has protected bulls. The Fed put an ever-rising floor under the market via its bond-buying programs, which meant it’s never been safer to add equity exposure to portfolios. Both Wall Street and Main Street traders took advantage of this over the last 18 months.

Powell’s excuse for his persistent dovishness has been a sluggish US labor market. Earlier this month, investors anticipated a far stronger than expected July jobs report. That contributed to a rapid one-day dip, as traders assumed the report would accelerate the Fed’s taper timeline. Thankfully for bulls, July provided a “Goldilocks” set of data. Payrolls beat analyst estimates while wage growth wasn’t as hot as expected.

And with the August jobs report approaching on Friday (September 3rd), the market may be gearing up for a similar move. Don’t be surprised to see a quick but temporary dip sometime this week in response.

Most Wall Street analysts believe a taper warning will emerge from the September FOMC meeting, set to wrap up on the 22nd. Catril (and a few other strategists) are starting to wonder if the tapering will instead begin in September without any formal warning.

“The Fed is going to have to taper sooner rather than later,” said Ironsides Macroeconomics’ Barry Knapp in an interview this morning.

“I think they’ll do it in September after a stronger than expected employment report. And, again, another round of very strong house prices […] which is one of the real reasons they should be tapering.”

The US housing market could be headed for a grim conclusion. 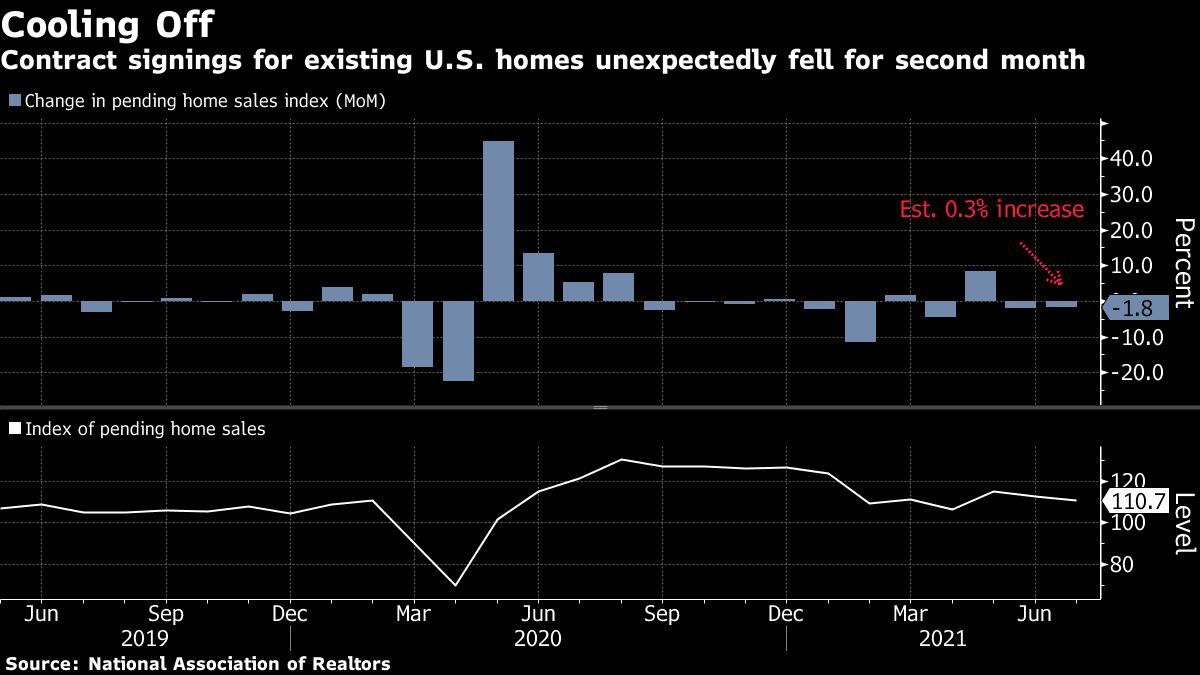 Tapering sooner would help in this regard.

And though analysts are starting to join “team September taper,” the market has yet to react. The majority of investors believe there won’t be any actual tapering until October or November at the earliest.

Will another one arise in the coming weeks? It seems likely, especially with a much-feared FOMC pow-wow approaching.

And no matter what Powell decides to announce in his post-meeting press conference.