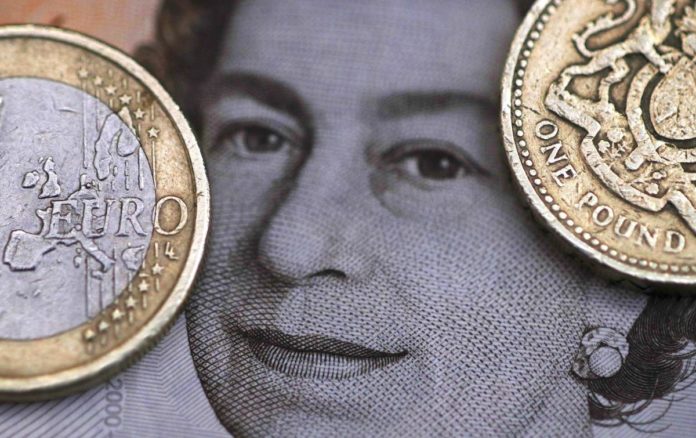 Stocks opened lower this morning before rallying early into the session. The Dow, S&P, and Nasdaq Composite all gained slightly on the day prior to a mid-morning reversal that emerged in response to poor economic data.

The big news over the weekend, however, concerned the British pound. On Friday, newly appointed British Chancellor of the Exchequer Kwasi Kwarteng released his much-anticipated mini-budget for the UK.

Britons were hoping for clear, concise government action that would at least begin to tackle the country’s inflation problems. The UK, in particular, has had trouble dealing with soaring energy costs.

Instead, Kwarteng’s budget included significant tax cuts across every income level and a surge in government spending. It was arguably the worst possible strategy that Kwarteng could have employed to keep galloping inflation in check.

The phrase “policy error” has been thrown around quite a bit over the last few months in regard to the Fed’s rate hikes. Friday’s mini-budget release was certainly deserving of the term.

The budget was so poorly received that it even caused the pound to drop to a record low relative to the dollar. Pounds Stirling sunk to $1.035 last evening in a “flash crash” that halted pound futures trading.

In the hours that followed the new low, many British lawmakers called for emergency action from the Bank of England (BoE). It was rumored that the BoE would unveil a rate hike at some point today.

Instead, the BoE issued a weak response that suggested no immediate action would be taken to stop the pound’s skid.

“I welcome the Government’s commitment to sustainable economic growth, and to the role of the Office for Budget Responsibility in its assessment of prospects for the economy and public finances,” said Andrew Bailey, Governor of the BoE.

“As the MPC has made clear, it will make a full assessment at its next scheduled meeting of the impact on demand and inflation from the Government’s announcements, and the fall in sterling, and act accordingly. The MPC will not hesitate to change interest rates as necessary to return inflation to the 2% target sustainably in the medium term, in line with its remit.”

In other words, Bailey implied that the BoE won’t lift a finger until its next meeting at the earliest.

This led to a sharp correction for the pound through noon, which could easily snowball into a retest of last night’s lows.

And though the pound rout didn’t seem to impact US stocks today, a brewing forex crisis eventually could. More immediately dangerous to stocks, however, was the Dallas Fed’s Manufacturing Survey, released this morning.

September’s manufacturing outlook reading came in well below expectations and is on track to set new post-Covid lows before the end of the year. 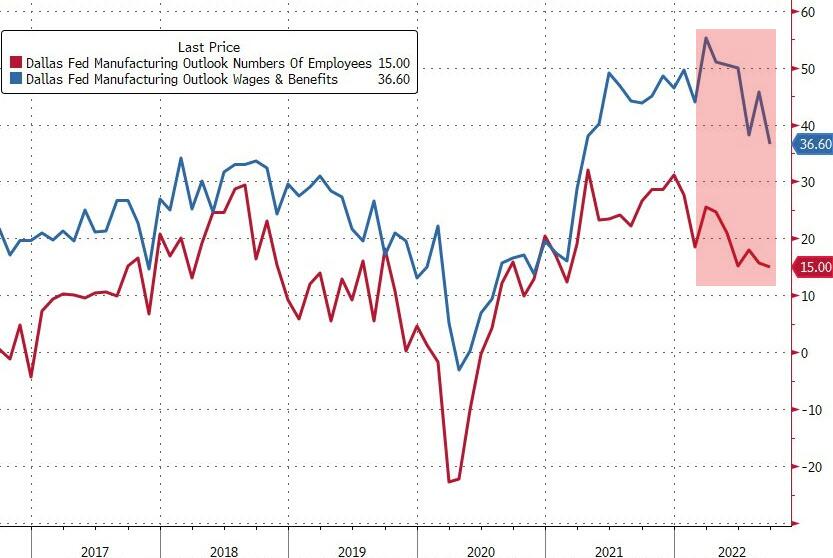 Survey respondents provided some very bleak remarks on the US economy.

“We are living in Alice in Wonderland … it just gets worser and worser,” one respondent said.

Another put the current situation in more literal terms:

“There is a decline in optimism with regard to the business climate as well as our ability to stabilize it. The loss of domestic tranquility, the irresponsibility of governors and the Biden administration, and the loss of common defense and border security will have long-range and far-reaching consequences.”

Other respondents had rosier outlooks but were still pessimistic about the economy’s long-term prospects.

“We continue to be very busy; however, it feels like things are starting to slow down some, and I believe we will be slower in the coming months than we have been. It is very hard to tell what inflation with rising interest rates will do for discretionary spending, which drives a lot of the products we make.”

The release of the survey sparked an intraday selloff that took stocks back to their session lows.

That doesn’t mean, however, that the market will remain down much longer. It’s been several weeks since the last bear market rally. With the S&P trading at key support near its June lows, there is a clear rebound price level (3,630) for bulls to start buying again.

But will the next rally mark the end of the bear market? Probably not. And, if the pound weakness spirals into a full-blown forex crisis, we may see markets head even lower still despite short-term oversold conditions.