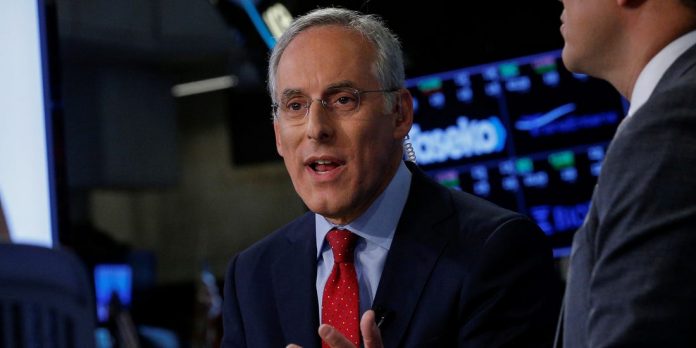 Stocks plunged again this morning as yields continued climbing. The Dow touched a new 2022 low while the S&P and Nasdaq Composite approached their June lows, too. Tech and industrial stocks led the market lower.

Fears over an impending, Fed-driven slowdown have rocked equities over the last three trading sessions. Fed Chairman Jerome Powell raised rates by 75 basis points on Wednesday and investors expect another 75 basis point hike at the next FOMC meeting in November.

This drove the Dow below 30,000 for the first time since January 2021. Goldman Sachs accelerated the losses this morning by cutting its year-end price target for the S&P. Goldman’s David Kostin, who at one point had a year-end target of 5,100 for the S&P, slashed his prediction for the index to just 3,600 while warning of a “recession crash” to 3,150.

“Based on our client discussions, a majority of equity investors have adopted the view that a hard landing scenario is inevitable and their focus is on the timing, magnitude, and duration of a potential recession and investment strategies for that outlook,” Kostin wrote in a note to clients.

He places most of the blame for the price target cut on surging real yields.

“Equity valuations have closely tracked real interest rates until recently. Real yields have soared from 0.4% to 1.3% during the past month and could reach 1.5% by year-end. For context, real yields were negative 1% at the start of the year when the S&P 500 index hit an all-time high of 4800 and traded at a P/E of 21x. The tightest yield gap between equities and rates since the pandemic further tilts the balance of risks to the downside.” 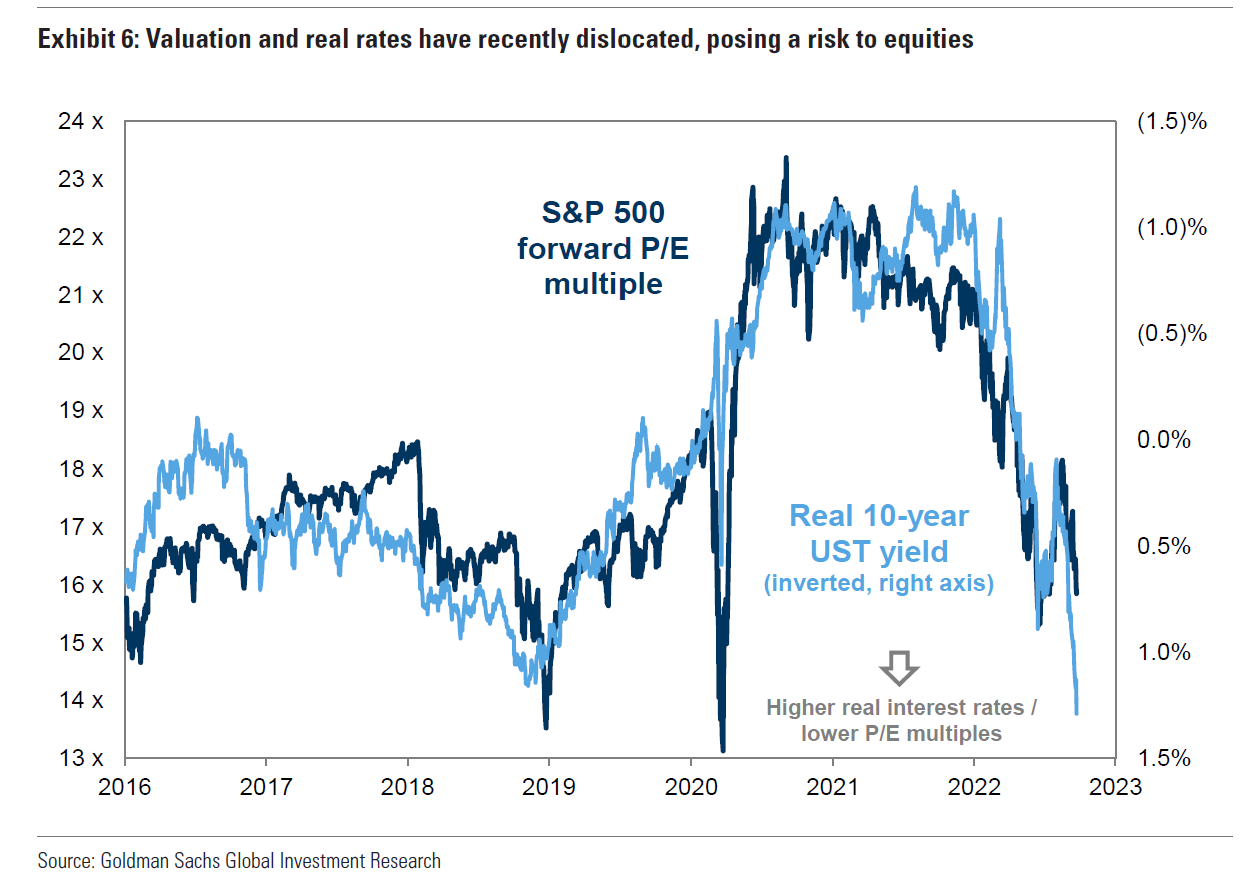 Based on what the chart is showing, investors can reasonably expect the S&P’s forward P/E multiple to plunge even further. The S&P also crossed an inauspicious threshold yesterday when it closed below the 200-day moving average for the 100th trading session in a row.

The last two times this happened (Global Financial Crisis, Dot Com Bubble), the index fell another 50% (Dot Com) and 40% (GFC) before bottoming out.

Kostin says that the S&P should only fall another 4% by comparison. Hopefully, Goldman’s team of strategists is right. But, if Kostin’s wrong, and the index is destined to head below 3,600 by year’s end, investors may want to prepare for an even worse 2023 as the Fed continues its fight with inflation.

Get Ready for the “Powell Crash” This Wednesday