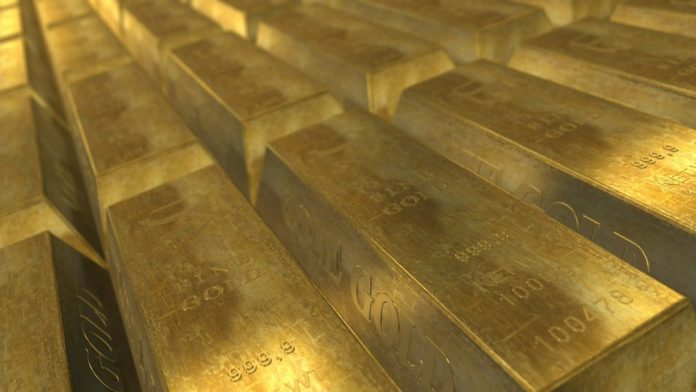 The tech rotation, which seemed to be rotating just fine early last week, continues reversing as investors pile back into Big Tech names. The usual suspects – FAANG stocks, Microsoft (NASDAQ: MSFT), and others – did well today.

So too did precious metals miners after it was revealed last week that Warren Buffett bought shares of Barrick Gold (NYSE: GOLD).

But the story of the day, again, was the S&P’s fight with several major technical indicators.

“The S&P 500 is overbought into key resistance and up against seasonal headwinds,” said Ari Wald, head of technical analysis at Oppenheimer, said in a note.

He continued, adding that if the market “consolidate[s] from here, we’ll be monitoring for an accumulation of cyclical equities to confirm what we expect to be a breakout to a new high.”

In other words, Wald’s ready to buy another S&P breakout should it happen. He’s also willing to short a failed breakout at the top.

From a more fundamental standpoint, analysts are pointing to the stimulus package (or lack thereof) as a major bearish influence on stocks, too.

“The lack of a stimulus package is rightly causing some concern […] During the recovery phase, there was a greater boost to consumption from the unemployed cohort than there was from the employed cohort,” explained Liz Ann Sonders, chief investment strategist at Charles Schwab.

“The stimulus checks that were received were put to work in the economy and consumption among the unemployed cohort went back to pre-pandemic levels, whereas the employed cohort’s consumption remains below those levels.”

Sonders is basically saying that government checks funded the coronavirus recovery of the last few months – something we mentioned before. It’s extremely depressing to think that the U.S. economy can’t function without government stimulus, but here we are.

And so, for short-term traders, that presents another tough decision whether to buy or sell equities. The market is arguably overvalued at present. It’s certainly not undervalued by any means. What does show some promise, though, is an asset that recently sold-off in a hurry. 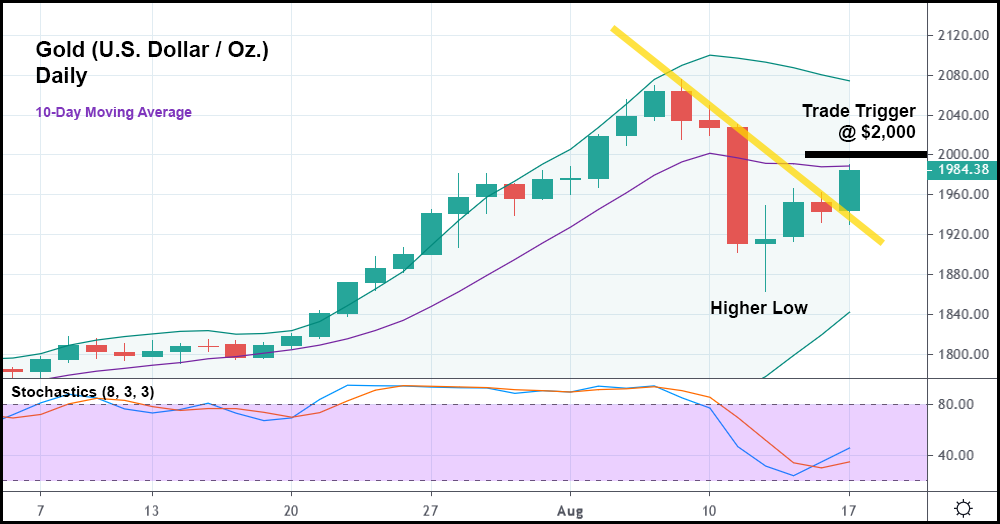 That’s right, physical gold is staging a comeback even after hitting an all-time high. It got crushed in a major single-day rout last Tuesday but is now turning the corner almost as quickly.

In fact, gold managed to set a higher low last Wednesday just one day after the big dip. Today, it soared, temporarily trading above the 10-day moving average before closing slightly below it. What gold did accomplish, however, was breaking out past its minor bearish trend (represented by the yellow trendline).

For that reason, it might make sense to go long on gold with a trade trigger slightly above the 10-day moving average at $2,000. From there, the setting of another new all-time high seems likely.

Best of all, the market could punch higher and gold could still rise. It’s a fear and uncertainty hedge, not an equities one, meaning that bulls could easily “double-dip” if the S&P breaks out past resistance.

All while Congress squabbles over coronavirus relief, launching precious metals “to the moon” in the process.