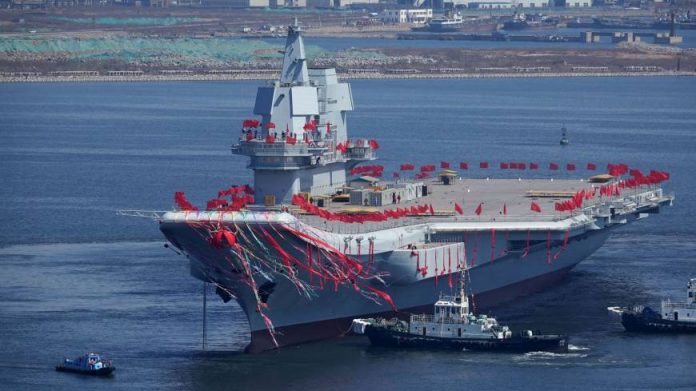 Investors around the world have their sights set on March 1st, 2019 – the date by which both Presidents Donald Trump and Xi Jinping hope to have their trade differences resolved.

It’s been talked about ad nauseum in the media, how an agreement between the two countries could bring about global economic relief. But recent signals from both camps have shown that a ceasefire in Q1 seems unlikely. Xi Jinping recently claimed “victory” in the trade war, despite China’s state of disarray, and Trump maintains that the United States still has the upper hand.

And even though it’s true that the Chinese have gotten the worst of it, they still have one last weapon in their arsenal that could potentially turn things around, at least ahead of the next round of negotiations.

The trade war has been waged in four key regions for the Chinese – in Korea, across the waters of the Pacific and Indian oceans, the artificial intelligence industry, and finally, in trade with foreign powers as an exporter.

In the past, U.S. officials (former Presidents included) have let China aid in North Korea’s nuclear weapon programs, allowing them to develop an arsenal that now threatens the United States mainland. Trump has responded to this by imposing sanctions, one after another, on the North Koreans, arguably strengthening the rogue nation’s bonds with its Chinese and Russian allies, who have alleviated many of the intended effects of the recent sanctions by providing direct support. Because of this, Kim Jong-un and co. have done little to “denuclearize”, something that would have lifted the sanctions imposed by President Trump.

Militarily, China looks to challenge the United States as well. They’re expanding their navy to the point of rivaling America’s, occupying the South China Sea while producing new warships. A new naval base on the Horn of Africa has been built and a major port in Sri Lanka is now under Chinese control.

These micro-aggressions are part of an “I dare you” strategy, one that’s not too different from pre-WW2 Germany’s tactics that were used to slowly expand its influence. This time, instead of hedgerows and cobblestone streets, the Chinese are absorbing trade’s biggest passageways.

And in the digital world, China’s plans for dominance are based on that same philosophy. They’ve invested billions of dollars into Artificial Intelligence, easing themselves into the computer hardware game – gobbling up “computer mills” in an attempt to control the creation of new tech. Before, simply raiding America’s intellectual property was enough, but thanks to Trump’s hard stance on unfair Chinese trade practices, they’ve had to get creative, and it’s costing them an arm and a leg.

These new Chinese enterprises, which include supporting North Korea, developing a navy, and investing in AI, are all being paid for by its trade surplus with the United States. China’s plans for expansion during a recession will cost them a fortune, but its current status as a major exporter is seemingly enough to finance the whole operation.

As the American economy (and market) looks set to contract in the coming months, the Chinese could come to the bargaining table in a significantly better position than in past negotiations. If Trump truly wants to slay the dragon once and for all, a reduction of the China/U.S. trade surplus could be the quickest way to do it. Both Presidents Trump and Xi Jinping are facing immense internal pressure as well, and the result of the trade war could ultimately come down to who runs out of rope first. The United States is still in the driver’s seat, thankfully, but that isn’t stopping the Chinese from launching a “Hail Mary” attempt in the 11th-hour, in the hopes of bringing more leverage to the table on March 1st.