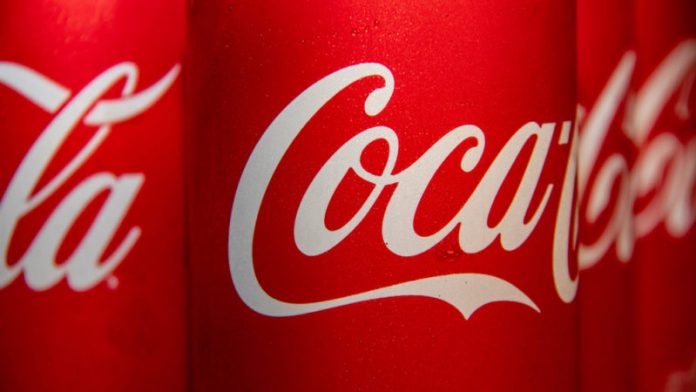 After rising slightly to start the morning, stocks finished lower in the afternoon. The S&P, Dow, and Nasdaq Composite were all wounded in the selling.

Today, the Fed – a major bullish force over the last few months – ironically scared off investors in droves following the release of the Federal Open Market Committee’s (FOMC) minutes from its July 28-29 meeting.

FOMC members expressed concern about the lingering effects of Covid-19 on the U.S. economy, and many remain skeptical as to whether the yield curve can be controlled via bond purchases.

Worse yet, a rate hike was discussed. Fed officials suggested using specific inflation and unemployment targets as goals to meet before rates are raised. There was no timetable provided, however, as to when this plan could potentially go into effect.

And when broken up into pieces, the issues discussed at the FOMC meeting don’t sound all that bad.

But combined, they paint a far grimmer picture:

The Fed expects the coronavirus pandemic to keep a lid on the U.S. economy while the yield curve runs wild.

It’s not exactly the kind of thing that breeds confidence. Especially not when two of the three major indexes are trading at or near all-time highs.

Scores of analysts have long said that the market and economy are now disconnected. According to the minutes from the FOMC meeting, it seems the Fed may feel that way as well.

“Chairman Powell has been adamant that we need to see another package, especially because they see the negative effects of the slowdown.”

So, is the answer more stimulus? Short-term, it certainly might be.

But from a longer-term viewpoint, it’s hard to justify more quantitative easing (QE). The Fed eventually wants to raise rates.

When Fed Chairman Jerome Powell attempted to do that in 2018, the market nearly crashed. Just imagine what would happen at the tail-end of a pandemic if he tried spiking rates once more.

Thankfully, today’s bearish afternoon shift generated some great trading opportunities – some of which could turn a profit before the Fed announces another fiscal package. 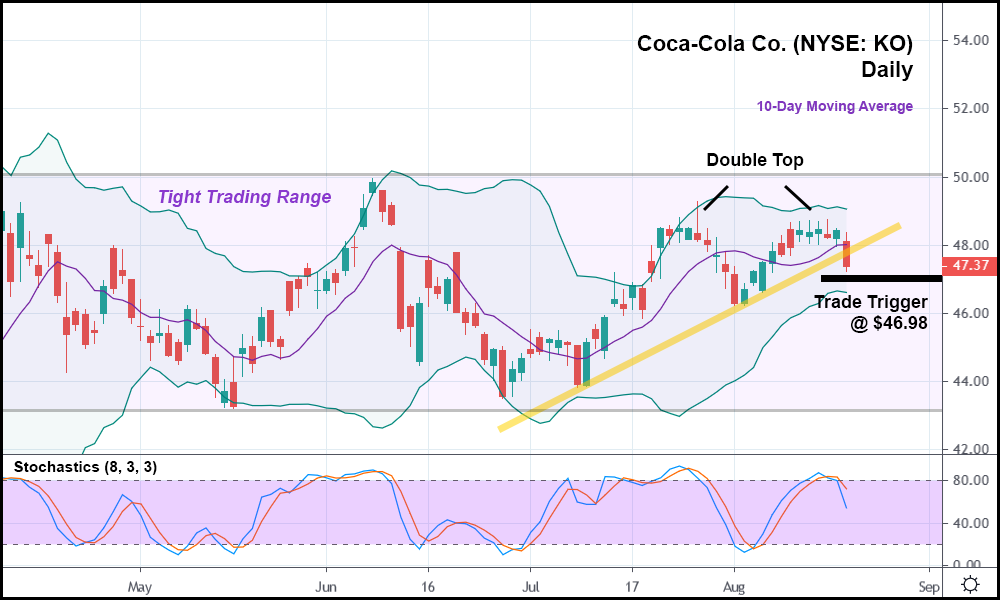 Coca-Cola Co. (NYSE: KO), much like the S&P 500 and the Nasdaq Composite, has formed a double top – a technical indicator that often precedes trend reversals.

In KO’s case, though, the lower Bollinger Band (BB) is relatively close by. That’s okay, as key support from early August occupies the same space. A move lower would likely result in a breakout past support to the stock’s post-coronavirus lows.

And today, KO fell below its minor bullish trend (represented by the yellow trendline) and the 10-day moving average. Should it trade beneath today’s low, it might make sense to take the stock short with a trade trigger of $46.98.

As an added bonus, KO hasn’t partaken in the market-wide rally at all. It’s mostly chopped around, meaning that even if the Fed does “goose” stocks with additional stimulus, KO might not react with a surge in price.