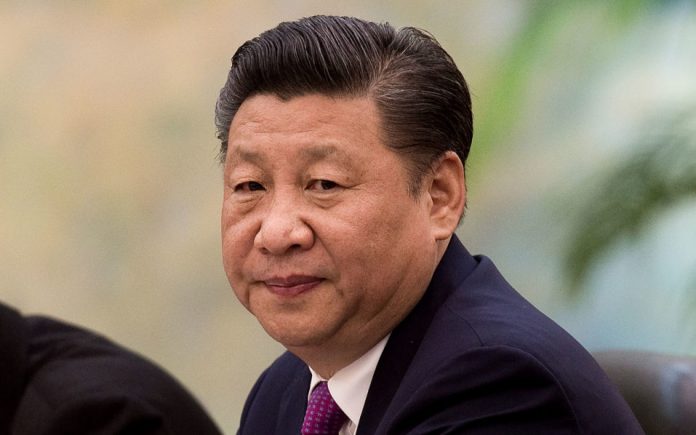 It’s amazing, really. Just two weeks ago, it looked like the trade war was coming to an end. Both sides seemed ready to parley after months of negotiations, and a satisfying conclusion – for the US and China – was supposedly within reach.

But sadly, as of this morning, China officially eliminated any chances of a ceasefire by raising tariffs of their own on US goods.

The Dow Jones Industrial Average plummeted almost 600 points as of midday, and a tech sector collapse of over 3% sunk the S&P 500, causing the index to drop roughly 2.3%.

The Nasdaq Composite fared even worse, falling more than 2.7% shortly after the market opened. Uncertainty gripped investors across nearly every industry, as they scrambled to dump their long positions at what many now see as the “top” for 2019.

The Chinese tariff hike, which will hit $60 billion worth of US imports, is scheduled to take effect on June 1st – meaning that American exporters to the region still have a few weeks to rush out shipments before the deadline.

More importantly, though, the new tariffs won’t preempt the ones applied by the Trump administration on Chinese goods, giving both sides time to negotiate before tariffed Chinese imports arrive on US shores – a window during which China could potentially capitulate.

But based on China’s written explanation behind their new tariffs this morning, a surrender in the Far East now seems unlikely.

According to the Chinese Communist Party, President Trump forced their hand by violating the “general expectations of the international community,” ultimately jeopardizing the interests of both countries as well as the rest of the world. By releasing a statement, Xi Jinping & Co. hope to make the US trade contingency look like the “bad guys”.

And in China, millions of red-flag-waving citizens will see it as a sign of defiance against the evil capitalists. By imposing tariffs on US goods, Xi Jinping just eliminated a significant source of internal pressure, as members of his party will likely celebrate his strong stance – something they’ve wanted to see evidence of for quite some time.

But the real story here – the one that’s not being reported this morning – is that uncertainty, NOT a new blast of tariffs, is running the market ragged. In general, a tariff hike on only $60 billion of US imports will barely tip the needle.

What’s of real concern today is the long-term effects of increased hostilities, and what they could eventually lead to, like an expanding Chinese sphere of influence.

Over the last decade, China has quietly asserted near-monopolistic positioning over several Asian countries through political scheming, currency fixing, and “military protection” – arrangements with producer nations that include the exchange of exclusive trade rights for security.

All while Chinese battleships linger within artillery range offshore.

In short, China has quickly become the mafia of the international trade community, with Xi Jinping serving as a pseudo-communist Al Capone.

And as of last Sunday, when Trump announced the tariff hike to 25% on $200 billion of Chinese goods, investors have now been caught in the middle of not only a battle between economic powerhouses, but two vastly different ideologies.

Yes, the result of the trade war could have major implications for the future, but what the market fears the most is the unknown. China’s posturing this morning injected even more mystery into equities, and investors have reacted as expected.

Will it end up kicking off a major correction?

Perhaps, but once Wall Street wraps its head around what’s going on, I wouldn’t at all be surprised to see a return to business as usual – complete with the setting of new all-time-highs to end the year as China’s economy continues to crater.