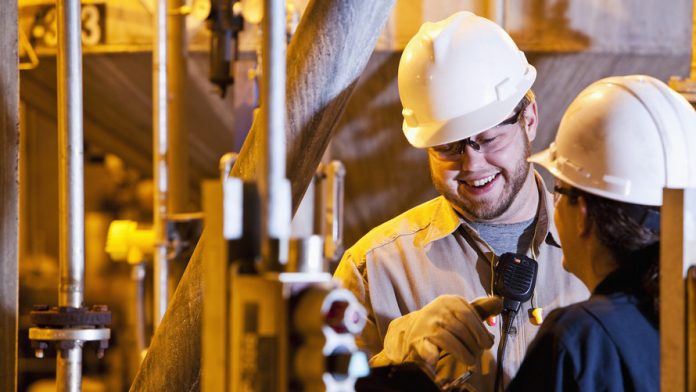 Despite rising infection numbers, the U.S. economy added more private payrolls in February than expected. The Wall Street forecast, which predicted a 155,000 monthly job add, was blown away as non-government payrolls rose by 183,000.

All while the coronavirus outbreak expanded further.

But that didn’t stop American companies from hiring. The U.S. economy remained resilient, even amid significant fears that the coronavirus would slash earnings growth. Corporations weren’t dismayed by the dipping stock market, either.

To Moody’s Analytics, which reported the jobs gain this morning, that’s proof of where America’s strength lies:

Labor, and by proxy, consumers.

“COVID-19 will need to break through the job market firewall if it is to do significant damage to the economy,” said Mark Zandi, chief economist at Moody’s Analytics, in a statement.

“The firewall has some cracks, but judging by the February employment gain it should be strong enough to weather most scenarios.”

From Zandi’s point of view, the “coronavirus effect” has yet to appear in Moody’s data.

“I haven’t seen anything to indicate that there’s any impact on the labor market at this point in time,” he said on “Squawk Box” this morning.

Zandi believes, however, that the outbreak will eventually draw down employment gains.

“It’s just a matter of time,” he warned.

And as impressive as February’s numbers were, Moody’s statistics also contained a deflating correction to last month’s report. January’s 291,000 private payroll increase was revised to 206,000 according to data from the Bureau of Labor Statistics.

Still, though, February’s jobs “beat” puts the labor market’s average gain above the previous 12-month average of 154,000 per month, even after the January revision.

“Job creation remained heavily concentrated in large companies, which continue to be the strongest performer.”

Last week, Moody’s said that there was a 40% chance the coronavirus outbreak would reach pandemic proportions. The firm also predicted an impending economic slowdown in the West.

Stocks don’t seem to be overly bothered by that contradiction, though. After dropping yesterday, the major indexes are up as of midday today. The S&P, Dow, and Nasdaq Composite have risen 1.50%, 1.90%, and 1.55%, respectively.

If a recovery rally is going to happen, it will likely come by way of more positive economic data. This Friday, the Labor Bureau is set to release its official jobs report. Bulls are likely to keep buying if the data is consistent with Moody’s findings.

But if more “bad” headlines hit the airwaves, that shift in sentiment could turn quickly, provided American labor weakens. This morning, Chinese scientists discovered that the coronavirus had mutated into at least two different strains. The state of New York just confirmed four new infections as well.

Instead, the market’s rising. The backbone of the U.S. economy remains the American consumer, and as long as people are working, equities will continue to climb.

At least until first-quarter earnings hit and investors discover how far revenues have fallen – a key inflection point that could determine the market’s direction for the rest of the year.