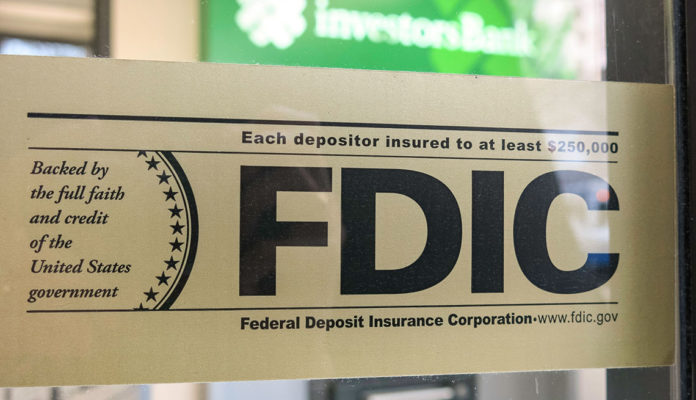 Overall, it was a positive trading session, boosted by a shift in sentiment after the U.S. government allocated $472 million toward Moderna’s Covid-19 vaccine research. The company had a vaccine candidate that showed promise but needed further testing before it could be used on a large scale.

Most interesting of all, however, was gold’s continued surge. The precious metal hit an all-time high today, peaking at $1,941.90 per ounce.

“Gold is probably giving us a warning […] but the market continues to chug along higher,” JJ Kinahan, chief market strategist at TD Ameritrade, said.

Kinahan continued, adding that he’d be concerned about the gold rally if the 10-year Treasury yield was falling the while the Volatility Index (VIX) was spiking.

“Until I see the other two indicators support what’s going on in gold,” Kinahan explained, “I don’t need to call the top.”

“These estimates have started to show signs of bottoming in the past few weeks. However, any recovery could be dampened or even aborted if the Covid-19 case count continues to mount and state governors slow or reverse the lifting of lockdown restrictions.”

Some sectors, however – like the financial sector – seem ready to tumble regardless of what the broader market does in the coming weeks. 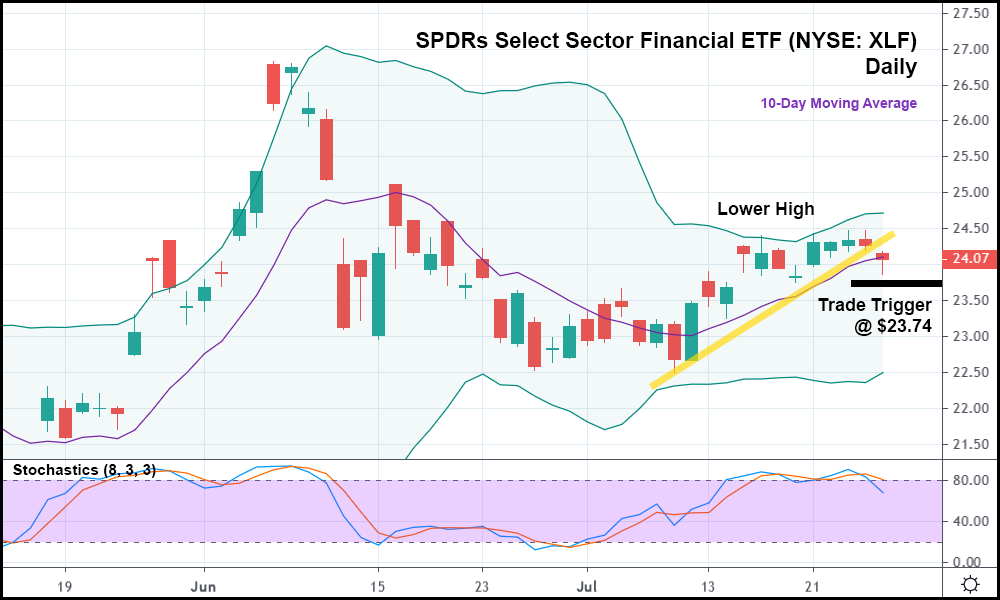 The SPDRs Select Sector Financial ETF (NYSE: XLF), since peaking in early June, has fallen off somewhat dramatically. The ETF bottomed in late June/early July and made another run at a recovery over the last few weeks.

In the process, though, the XLF was only able to set a lower high – a bearish indicator. And today, it fell beneath both the 10-day moving average and its minor bullish trend (represented by the yellow trendline).

Should the XLF trade below today’s low, it might make sense to take the ETF short with a trade trigger of $23.74. From there, it looks likely to retest the lows from late June/early July.

If it does, and support holds, it won’t result in a huge gain. But it would likely be a rapid gain, however, once the financial bulls “give up the ghost.”

Based on XLF’s recent movement, that could absolutely happen. And if the broader market gets crunched –  something many analysts are predicting – it’s a near certainty.