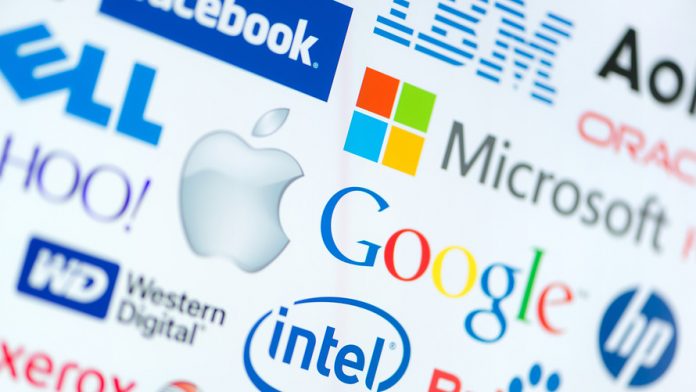 “Get out!” shouts Goldman Sachs this morning, warning investors to be wary of high-growth tech stocks. According to the Wall Street bank, inflated valuations and new regulatory risks have made certain companies simply too dangerous to own.

And based on the current “trade the news” investing climate, coupled with what appears to be an overbought market, it’s hard to disagree with Goldman’s sentiment.

Tech stocks, for better or for worse, have without a doubt been the number 1 place for folks to park their cash over the last decade. Born out of the 2008 financial crisis, the FAANG coalition took tech speculators on a wild ride to the top of the market. More risk averse investors sat on the sidelines, observing what can happen when you take a shot on companies chasing aggressive growth at all costs.

But with FAANG softening since late 2018, traders have found other tech stocks to take their place. Namely, software companies like Atlassian (NASDAQ: TEAM), ServiceNow (NYSE: NOW), and HubSpot (NYSE: HUBS).

Since January, the software niche of the tech sector has gone on an absolute tear. TEAM, for example, is up over 45% on the year, even though Atlassian isn’t profitable as of their April earnings report.

But that doesn’t matter for growth-hungry investors. Netflix (NASDAQ: NFLX) had the same “growth or bust” approach for years, and Wall Street rewarded (and continues to reward) the company handsomely for it.

Now, however, Goldman Sachs is suggesting that the tech sector moonshot could finally be coming to an end.

Should the market endure a correction, Goldman says it would be a sobering experience for tech investors. Eventually, they (along with the rest of Wall Street) will realize that their valuations of tech’s growth superstars might be overblown.

Add to that the massive regulatory risk provided by an upcoming antitrust probe, and you’ve got the makings of a major tech crunch – focused directly on the high-flying software industry.

“Rising market concentration and the political landscape suggest that regulatory risk will persist and could eventually weigh on company fundamentals,” said David Kostin, chief U.S. equity strategist at Goldman Sachs, in a note this morning.

“The valuation premium for growth is elevated today relative to history; Software in particular now carries the highest multiples since the Tech Bubble.”

Since FAANG “passed the torch” to software companies in 2019, investors have managed to pad their portfolios with great success – even during the downturn of early May.

In fact, that’s precisely when Atlassian went on a huge run-up, jumping almost 15% over the course of the month.

Software companies seem downright “correction-proof” at this point, and investors who continue to snap-up shares of big-growth tech can’t really be blamed for doing so.

The going’s been good for almost the whole year now.

Why hop off the “rocket ship” prematurely if it’s not showing signs of slowing?

To Goldman, though, the overconfidence only makes them more nervous about what could come next.

Especially in the face of a possible antitrust lawsuit, courtesy of the Justice Department’s investigation into Facebook (NASDAQ: FB), Amazon (NASDAQ: AMZN), and Alphabet (NASDAQ: GOOG).

And believe it or not, I actually agree with what Goldman’s trying to say here. Their reasoning may be a little different from my own, but what we do have in common is our observation that high-growth tech firms appear overbought.

They’ve more or less driven the 2019 rally all on their own, and once the sector finally starts to fall, it could take the rest of the market with it.

At that point, it might not matter if the Fed cuts rates, because everyone’s favorite stocks could be shedding value at a historic level.