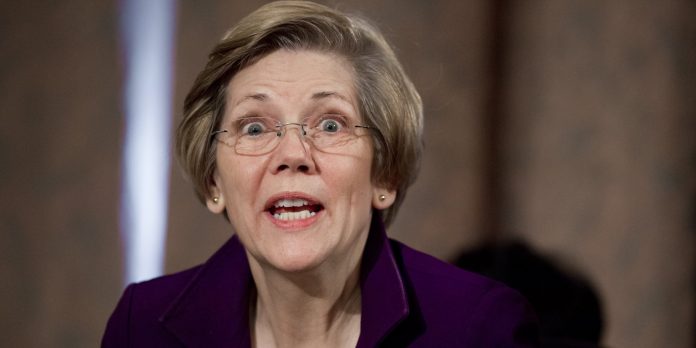 Free money for everyone!

That’s the theme today after presidential hopeful Elizabeth Warren announced a proposal to erase student debt. It’s a platform she’s ”stood on” in the past, but now that it’s planned for a legislative introduction in the coming weeks, a student debt forgiveness program could soon become reality.

Even if she doesn’t become president.

Warren has help from Rep. James Clyburn, South Carolina Democrat and house majority whip, who will debut companion legislation in the House of Representatives. The actual documentation of the bill hasn’t been released yet, but Warren says it aims to cancel out up to $50,000 in debt for the bulk of student loan borrowers.

Any household earning less than $100,000 per year would be eligible for the maximum $50,000 benefit, while households taking in anything between $100,000 and $250,000 could enjoy some loan forgiveness as well – just not the bill’s proposed limit.

Borrowers with a household income of over $250,000 would be ineligible for student debt erasure. Those people are “rich” after all, even if they’ve accumulated hundreds of thousands of dollars of debt in pursuit of highly specialized (and woefully needed) medical training from top-flite schools.

To hell with them, says Warren with her new proposal. It’s the grocery baggers with psychology degrees that need saving.

By her estimation, the plan would cost a staggering $640 billion – all to be paid by, you guessed it…

…The ultra-wealthy, A.K.A., the folks who grease the wheels of the economy.

Sadly, debt cancellation has been one of those topics that just won’t go away. Supporters of a government-sponsored forgiveness program continue to get more vocal, and now that they’ve got Warren spearheading the movement, it’s finally getting some “legs”.

Economists have theorized that across-the-board student debt elimination could have a positive impact on the economy, even if the mega-rich get gouged in the process.

It’s a way for the 1% (or in this case, 0.01%) to give back to the people they’ve crushed under their wheels on the road to massive wealth – even though many borrowers aren’t even pursuing careers in their field of study. Nor do they contribute to the economy in a significant way.

That’s not to say that loan forgiveness wouldn’t have its benefits, though, as folks who have their debt erased would certainly be better off on a personal level.

It’s part of the reason that this new movement has gained so much support. More Americans are laden with student debt than ever before.

And from a purely selfish standpoint, it makes sense – wouldn’t you want to have your loans forgiven in an instant?

But hey, why stop at erasing just student debt? Let’s cancel out mortgages and credit card debt too.

Heck, throw in car loans! This is America, isn’t it? People need cars for goodness sakes!

And billionaires should pay for them.

After all, this kind of thinking worked out so well in Venezuela.

By proposing this bill, Warren is simply treating a symptom, NOT the cause. The real culprits here aren’t the affluent, but the people who borrowed money for low-income-earning degrees (and the universities that allowed them to study in those fields) as well as the institutions that dole out loans for liberal arts students.

Warren’s tapping into a rising culture in America, one that seeks to make boogeymen out of the wealthiest among us. So far, it seems like she’s gained at least a little traction from far-Left, but in the end, her new bill appears unlikely to survive a bipartisan vote.

At the very least, she’s gotten the ball rolling on student debt forgiveness. It’s going to be a hot topic in 2020, and something politicians kick around for decades to come.

The question is, though, will the American economy be able to survive the proposed “solutions”? Maybe, but it’ll be severely restrained if any of the current proposals become law.

And sure, people who have their debts erased will escape future interest payments, but the long-term effects of a “get rich, pay everyone’s student debt off” American dream (or nightmare) would be absolutely devastating – hurting all Americans, including those without student loans.