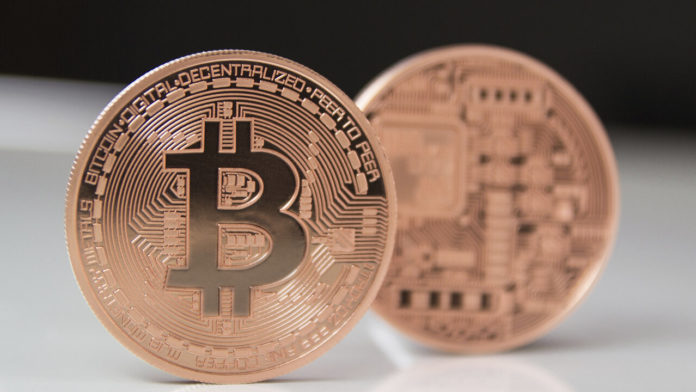 The hearing comes at the end of a yearlong probe, created to unearth anti-competitive practices at America’s top tech corporations.

More immediately having an effect on the market, however, is the most recent batch of quarterly earnings. Starbucks and Advanced Micro Devices left shareholders impressed, despite the former posting a quarterly loss. Both stocks jumped higher at the open as a result.

General Electric’s earnings guidance encouraged bulls, too. The company projects Q3 and Q4 to be stronger than initially forecasted, possibly reflecting a positive outlook for the broader industrial sector. GE shares initially opened higher but are now down over 4%.

“It’s clear that the worst is over for corporate profits,” explained David Lefkowitz, head of equities for the Americas at UBS Global Wealth Management.

“However, the pace of the recovery is still contingent on the path of the virus and further government stimulus. In our view, this will be very important as a number of companies have called out how government support has been crucial to the recovery and businesses anticipate that more will be needed.”

Lefkowitz is right in assuming that corporations want more stimulus. What’s unclear is whether the Federal Reserve has anything left to give, and how much damage another round of relief will do to the dollar.

In response, precious metals traders are starting to give up on the “gold blitz.” Gold’s spot price, while still up on the day, has decelerated over the last week.

If it’s going to punch higher, gold will need additional action from the Fed to do so. At 2 p.m. EST today, Chairman Jerome Powell’s set to release a statement clarifying the Fed’s next steps.

Gold could surge quickly if the Fed announces a future disbursement of cash.

What’s gotten somewhat lost in the mix, however, is Bitcoin. We featured it yesterday after it broke past $10,000, a level of psychological resistance that crypto’s top coin has been unable to conquer for months.

And while the current economic environment absolutely supports a rising Bitcoin, there’s also another reason for the recovery:

Never heard of it? Don’t feel bad; the Grayscale Bitcoin Trust is a bit of an oddity. Generally speaking, GBTC isn’t the preferred way to buy Bitcoin.

At least, not yet.

It’s not quite an ETF, either. Grayscale says that it’s modeled after the famous SDPR Gold Trust (NYSE: GLD) – an ETF backed with physical gold.

Back in 2004, GLD made buying gold much easier for investors. Before GLD, gold was difficult to own. Managing custody was annoying and investors often needed separate accounts at different metal brokers. Insurance and storage fees came with the territory as well.

Instead, funds (and more sophisticated traders) bought gold futures, which also had their own costs to deal with.

When GLD rolled around, though, everything changed. It became the go-to way to buy gold for investors that weren’t concerned about actually owning the physical gold. It was in many ways a revelation and led to a gold boom over the next 16 years. The vast majority of gold investors still prefer to participate in the gold market on the equity side (via GLD and gold miner stocks).

That same shift is coming to Bitcoin as GBTC (and similar investment vehicles) attempt to corner the Bitcoin market. As it stands, there’s been roughly 18.5 million Bitcoin mined. Of that 18.5 million, it’s estimated that 50% is being held by large accounts (“whales”) and crypto purists that are unlikely to sell. Another 10% is estimated to have been lost, due to owners losing access to their wallets.

Of course, the amount of free float is based on expert estimates, but the true number is likely close to what we’ve listed above.

In Q2 alone, GBTC bought 83,800 Bitcoin. Those Bitcoin purchases will only accelerate further from here, and not just from GBTC. Other companies, even payment processors like Square, are joining in on the fun.

Much like State Street Global Advisors did with gold and GLD, Grayscale has done with Bitcoin. GBTC offers a very liquid, very easy way to enjoy Bitcoin’s gains via equity transactions.

And yes, GBTC has been around since 2016. It’s not a new investment option created this year.

But GBTC is newly stable in that it finally owns a sizable chunk of the Bitcoin market. As long as Bitcoin is funneling into GBTC, the free-floating amount of Bitcoin will decrease, eventually causing another Bitcoin buying frenzy.

Will that happen any time soon? It certainly could. The Fed’s unprecedented stimulus, coupled with gold trading at an all-time high, could push speculators and hedge-seeking traders to Bitcoin. GBTC and its kin will load up on it, too.

The gains might not stick long-term, but at the very least, another short-term crypto renaissance seems to be fast approaching.

All while the Fed continues to stuff the economy with a quickly depreciating dollar.