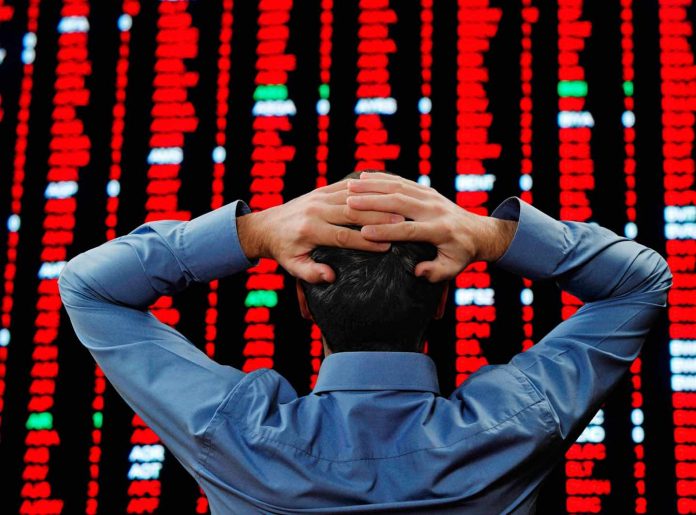 Rates are down and stocks are plunging.

Not even 0% interest (or $700 billion worth of quantitative easing) can save us now.

The Fed unleashed its full fiscal potential on Sunday afternoon, sending rates back to their post-financial crisis levels. President Trump praised the central bank for doing so.

Others weren’t as impressed.

To Allianz chief economic advisor Mohamed El-Erian, the rate cut was a ham-fisted solution to a complex problem.

“There’s a problem with both what the Fed did and what the Fed did not do. As a result of that […] you saw that clearly in how the futures traded,” he said this morning, right before the market opened.

Stocks began the day “limit down” in pre-market trading. They recovered slightly by the afternoon before getting crushed at the close.

When all was said and done, the Dow fell nearly 3,000 points. It was the index’s worst day since 1987 in terms of percentage.

Investors have been looking for the “bottom” for weeks now.

Anyone who “bought the dip” last week just got scorched, likely for the second or third time.

Which begs the question:

When the heck is this “bottom” going to be found?

Based on today’s drop, not any time soon. In the daily candlestick chart above, you can see that it’s been a “flip-flop” affair since the coronavirus crash started. Back in early March, it looked like the market (represented by the S&P 500) would rally. We actually had a setup (based on our rules we usually use to examine stocks) to go long after the S&P 500 broke past its minor bearish trend (represented with the green trendline). We needed the S&P 500 to hit $3,200 to trigger a trade, but instead, it turned right back around and fell further.

Then, we had a setup to go short once the S&P 500 fell below its minor bullish trend (represented with the red trendline). This time, it hit our trigger to go short and has since fallen.

And now, even though the index has already fallen so dramatically, it doesn’t look like a bottom has materialized quite yet. The yellow trendline, which represents the S&P 500’s most recent minor bearish trend, lingers well above the index’s current price.

If a bottom is to be established, the S&P 500 must absolutely breach that yellow trendline. Until it does, there’s no chance that a bottom’s been formed, and there’s no reason to go long. Trying to time the market to get the absolute best price is nearly impossible.

Trying to do so now, tempting as it may be, would be a mistake.

One that plenty of traders have already made in the weeks prior. Don’t get burned, get patient.

Because once stocks clear that trendline and a recovery finally appears, a huge whipsaw rally will be waiting on the other side of it.

Those of us that were able to wait for it will be rewarded handsomely.

They’ll be stuck watching the charts, praying that they can recoup their losses.