And though bulls are still feeling good about yesterday’s massive run, the situation for crypto investors has gone from bad to worse. Bitcoin plummeted yesterday in response to problems at FTX, a popular international cryptocurrency exchange, after the exchange limited withdrawals amid a liquidity scramble. CEO Sam Bankman-Fried underestimated how much leverage FTX customers were using with their accounts and, as a result, only had about 80% of the liquidity required to keep the platform running.

Bankman-Fried admitted in a Twitter thread that the issue was driven by an internal mislabeling of FTX assets – something he claimed responsibility for – that gave FTX leadership an inaccurate snapshot of the exchange’s finances.

As the saga progressed, however, creditors became a far bigger problem for the troubled exchange. FTX has over 100,000 creditors, in fact, according to the exchange’s 23-page bankruptcy filing, and they are owed anywhere from $10 to $50 billion.

FTX only currently has assets in the range of $10 to $50 billion, meaning that many creditors stand to lose a substantial part (or the entirety of) their investment should the liquidation process not go smoothly.

The bankruptcy impacts 130 other business entities associated with FTX, all of which have voluntarily engaged in Chapter 11 proceedings as well. 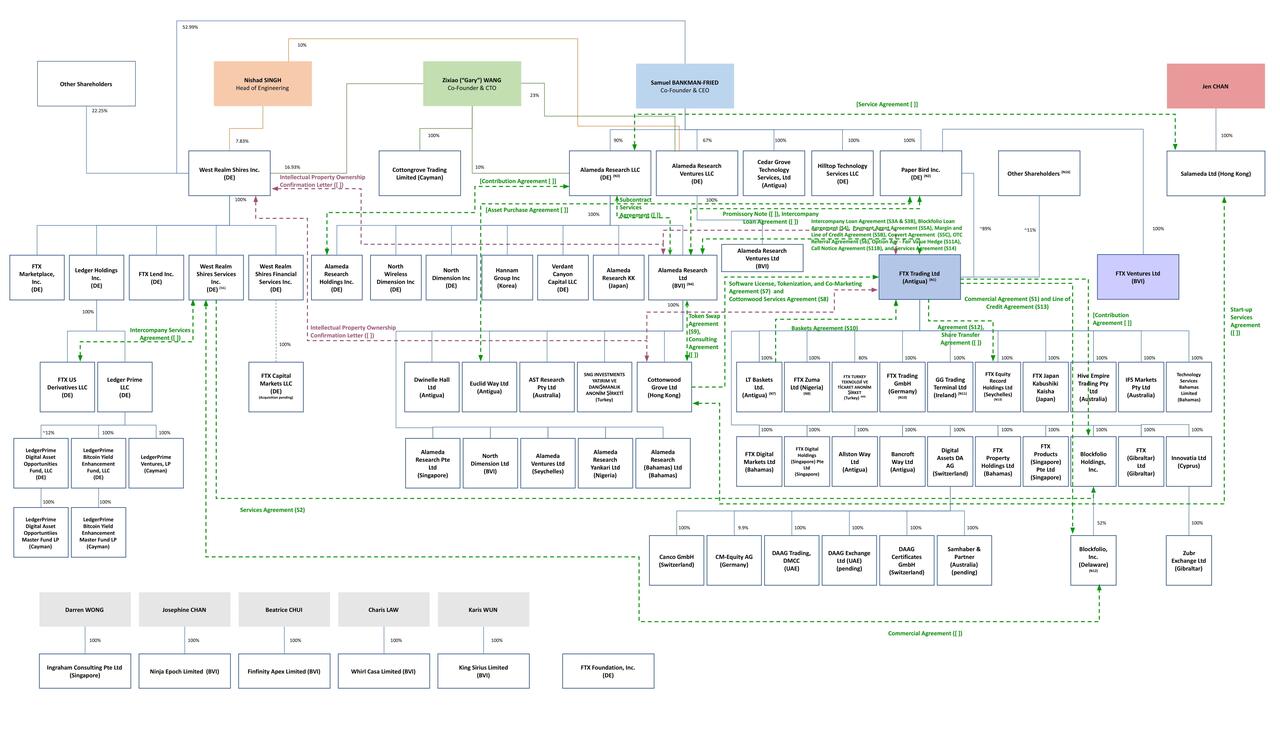 “The immediate relief of Chapter 11 is appropriate to provide the FTX Group the opportunity to assess its situation and develop a process to maximize recoveries for stakeholders,” said John J. Ray III, who replaced Bankman-Fried this morning as CEO.

“The FTX Group has valuable assets that can only be effectively administered in an organized, joint process. I want to ensure every employee, customer, creditor, contract party, stockholder, investor, governmental authority and other stakeholders that we are going to conduct this effort with diligence, thoroughness and transparency.”

Ray is perhaps most well known for when he was brought on to oversee Enron’s bankruptcy. Ray managed to pry away roughly $1 billion in assets from Enron to return to creditors, which was considered quite an accomplishment at the time. FTX creditors are hoping for a similar outcome.

Nonetheless, Bitcoin collapsed below $17,000 again today after falling to nearly $15,800 yesterday. Investors are nervous that the FTX meltdown may start a “domino effect” of liquidity crunches as investors rush to sell or withdraw on competing exchanges.

“We are shocked and dismayed by the news regarding FTX and Alameda,” BlockFi said on Twitter.

“Given the lack of clarity on the status of FTX.com, FTX US and Alameda, we are not able to operate business as usual.”

If other major crypto platforms follow suit, a flood of margin calls and unwinding of leverage could come next. JPMorgan analysts believe Bitcoin won’t bottom out until it hits $13,000, which the bank’s analysts say would happen in several weeks if more exchanges crumble.

For now, FTX account holders should still be able to withdraw their funds if they haven’t already. FTX withdrawals were still working as of yesterday even though the exchange warned users that trading would be halted in a few days. A chapter 11 bankruptcy allows FTX to continue operating as Ray prepares a liquidation plan.

But until crypto leverage is unwound further – or, more simply, FTX’s bankruptcy is final – investors may want to hold off on buying the crypto dip, because more “dominos” (exchanges) could fall in the meantime, plunging Bitcoin even lower still.