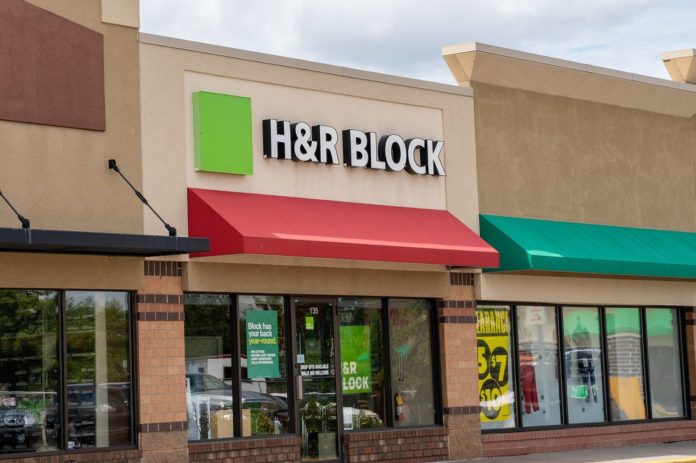 Stocks opened higher, traded lower by noon, and closed near where they started by the afternoon. The market’s been full of “see-saw” sessions over the last few weeks.

Today’s was no exception.

What was different, however, was that stocks started to sag after a slew of fantastic earnings reports from Facebook (NASDAQ: FB), Amazon (NASDAQ: AMZN), and Apple (NASDAQ: AAPL) – three members of the Big Tech elite.

Obviously, no one was doubting any of those companies so the fact they all exceeded expectations isn’t exactly shocking,” said Adam Crisafulli, founder of Vital Knowledge, in a note.

“Investors are now trying to smooth out some of the numbers (i.e. how much of the monster upside was a function of extremely conservative guidance along w/an unsustainable spike in revenue and decline in expenses?)”

Still, weighing down on the market are emergency unemployment benefits. With federal aid set to expire tonight, investors are nervous about what might happen when millions of jobless Americans lose their government stipend.

New data released this morning shows that roughly 25% of U.S. household income is coming directly from the government.

Unless Congress can reach a deal soon on more unemployment relief, a large chunk of consumers will find themselves strapped for cash.

Oh, and according to a report from CNBC, 40 million Americans are set to be evicted in August – the most ever by a wide margin.

That’s okay, though; FAANG had a good quarter. Time to buy more stocks.

All is right with the world? Hardly.

And now that the indexes are at their all-time highs again, we’re seeing double and triple tops – the kind of stuff that precedes major trend reversals.

That means it’s time to look for short trading opportunities like we normally do when the market is making repetitive tops. 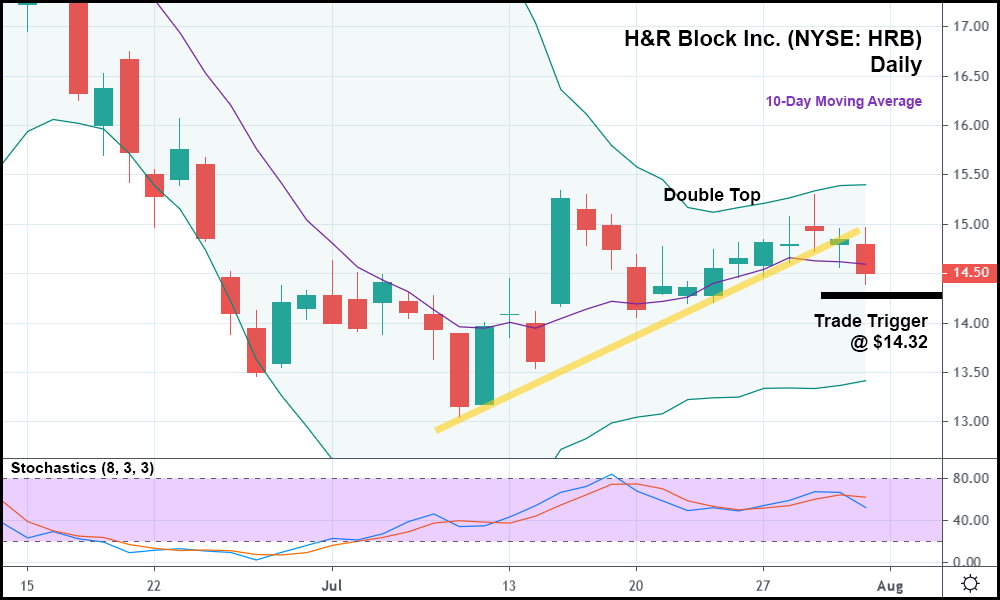 H&R Block Inc. (NYSE: HRB) has not shared in the post-crash plunder. The stock’s been gutted since it peaked in early June, and now faces a double top of its own, where both tops are actually lower highs relative to the June high.

It’s a tough spot for HRB to be in, especially if the broader market corrects.

Today, HRB managed to close beneath both its minor bullish trend (represented by the yellow trendline) and the 10-day moving average.

Should HRB trade below today’s low, it might make sense to take the stock short with a trade trigger of $14.32.

And even if the market doesn’t slump from here, HRB still has “sell” written all over it, which means HRB shareholders could eventually sour on it, too.