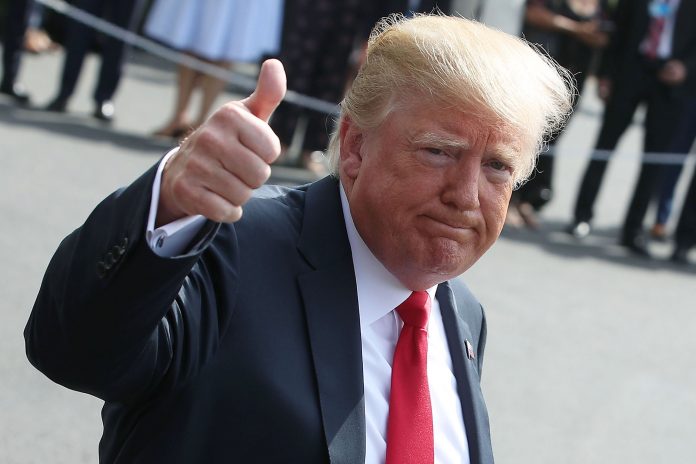 After releasing yet another strong jobs report this morning, the US Bureau of Labor may have confirmed what many bulls have been saying for the last three months – that a recession at this point looks highly unlikely.

Can you blame them for feeling that way? At this point – a day after we found out that unemployment hit historic lows – it seems as though a full-blown recession is nearly impossible.

But as we progress through the year, the fact is that Americans continue to find employment. Companies across the country are hiring like never before, even as Trump’s $1.5 trillion tax cut starts to lose steam.

March’s job growth, which clocked in at an impressive 196,000 for the month, completely turned the tables after February’s dismal display. Only 33,000 jobs were added that month, and many analysts were ready to bail on the US economy altogether.

But now, when added to January’s 312,000 jobs, the 3-month average job gain sits at a healthy 180,000 jobs per month. Overall, the economy looks like it could be getting back on track, even if it doesn’t grow as fast as it did in years prior.

And that’s okay – economies operate in cycles. The goal is to enter the contraction phase (following the peak) gracefully.

The US economy didn’t really do that, as it slammed on the brakes in response to Fed Chairman Jerome Powell’s sudden interest rate hikes in September of last year.

But since then, it has recovered nicely, to the point where some economists are now shifting their Q1 growth estimates.

Many of them now believe that the US will hit 2 percent growth for Q1 – a huge upgrade from predictions earlier in the year that saw sub-1 percent growth as a likely outcome.

“The demise of the US economy has been greatly exaggerated,” remarked Ward McCarthy, chief financial economist at Jeffries, a financial services company.

That doesn’t mean, however, that we’ll get back to our mid-2018 pace of 3 percent growth any time soon.

“The pace of gains has slowed. We have seen a slowdown in the pace of job gains, which is to be expected with slower economic growth.”

Swonk continued, adding that the poor February jobs report was a result of many factors – none of which were a soft economy.

President Trump, who can be expected to take a post-jobs report victory lap via Twitter, has also used the March employment numbers to reinforce his argument that interest rates should be lowered further.

Earlier this morning, he said that the US economy would take off like “a rocket ship” if the Fed slashed rates – something he says would be manageable due to low inflation.

If rates do get reduced again, a massive economic (and market) surge is certainly possible, but as long as Powell remains Fed Chairman, they’ll stay right where they currently are.

In the end, that might be the smart move, as throwing yet another curveball at the market could disturb the economy’s current course-correction, which as of right now, is headed back in the right direction.