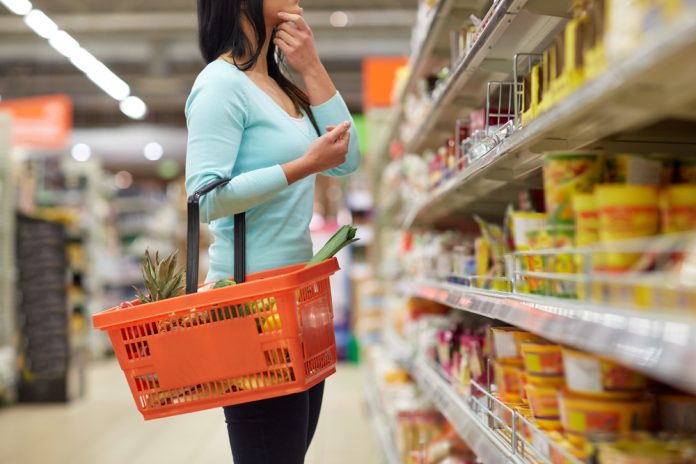 After being delayed by the government shutdown, the retail sales report from the U.S. Census Bureau finally dropped earlier this morning, showing a 1.2% decline for the month of December. It’s the largest plunge since September 2009, when America was still recovering from the financial crisis.

Making matters worse is the fact that analysts actually expected the numbers to be somewhat flat, with growth measuring at 0% – a statistic that still would’ve worried investors.

But with retail sales sinking for December (arguably the most important month for retailers), market bears are starting to see the data as a sign of a potential momentum shift.

And I can’t blame them, either. Sales fell in nearly every single category measured by the Census Bureau, minus auto dealerships and home centers, who only enjoyed a 1% and 0.3% bump respectively. Gas stations got the worst of it, seeing sales crater 5.1% on average due to slumping gas prices.

What did come as a major shock, however, was a 3.9% drop in sales for internet retailers. It’s a figure they haven’t seen since November 2008, back when we were smack-dab in the middle of the Great Recession.

Amazon (NASDAQ: AMZN) and eBay (NASDAQ: EBAY) managed to escape largely unscathed, seeing major sales gains in December, even if the rest of the sector suffered.

What didn’t surprise analysts, however, was a continued sales reduction for department stores. Macy’s, Kohls, and Nordstrom all experienced a highly disappointing December, a time when shoppers typically go “all out” in the pre-Christmas hysteria.

Even restaurants, bars, grocers, pharmacies, home furnishers, and hobby outlets felt the pains of the retail slump to close out 2018.

And while I would normally not obsess over retail sales data, in this case it might be a warning sign of things to come in 2019. Economists expected America’s GDP to decline to 2.7% towards the end of last year, but based on the new retail stats provided by the Census Bureau, the actual growth contraction could be much larger than originally anticipated.

If GDP actually fell below 2.7%, then the outlook for this year would likely shift as well, causing expectations to drop far, far below what they originally were.

Many investors also seemed to realize this, as what was an initially positive pre-market trading session this morning quickly turned sour once the retail sales figures were made public. The Dow looked set to drop 100 points as sentiment shifted, sinking 200 points total just minutes after the opening bell.

Ian Shepherdson, chief economist at Pantheon Macroeconomics, had a much different view of the data when asked about it earlier this morning by MarketWatch:

“These data are so wild that we have to expect hefty upward revisions, but if they stand, they are very unlikely to be representative of the trend over the next few months. The consumer is no longer enjoying tax cuts or falling gas prices, but that’s no reason to expect a rollover.”

Even if this doesn’t cast a pall on GDP growth for 2019, it certainly has dissolved any hopes that market bulls had for a post-Christmas rally restart. It looks as though investors who were excited by the prospects of a U.S.-China trade war truce are beginning to flee now that retail sales, an indicator regarded by some analysts as a reflection of economic health, have tanked.

Add to that the market’s currently overbought conditions, and it’s especially worrying for investors that still find themselves long in blue-chip stocks. Bulls and bears alike have been waiting for the “other shoe to drop” for weeks now, and if today’s response is any indicator of what’s to come, it might be prudent to get out while the going’s still good.

Or, at the very least, before equities make a run to a new yearly low.