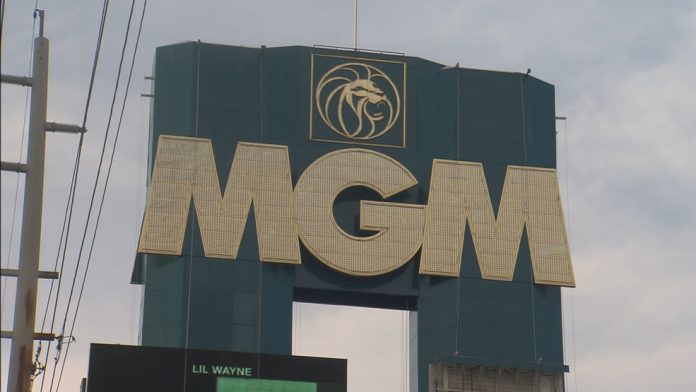 Stocks tumbled today as Big Tech led the decline. Microsoft (NASDAQ: MSFT), despite beating Q2 earnings estimates yesterday, got crunched for a 4.3% loss that may have signaled a broader tech slump. Joining the software giant was Apple (NASDAQ: AAPL), which also fell over 4%, dragging down the major indexes.

Most surprising of all was Tesla (NASDAQ: TSLA), which blew away its expected EPS of just 3 cents. The electric automaker reported an EPS of $2.18 (ex-items), marking one of the biggest earnings beats in company history. Having locked-in four consecutive quarters of profits, Tesla now qualifies for inclusion in the S&P 500.

Probably not any time soon. And generally speaking, it won’t change much for TSLA, which is already trading at sky-high levels.

And now that earnings season is upon us, analysts are learning just how overbought the market may truly be.

“[The S&P 500] is getting hit very hard as investors sell out of tech, a group that came into the CQ2 reporting season with impossibly high expectations,” explained Adam Crisafulli, founder of Vital Knowledge, in a note.

“Tech stocks were simply wildly overbought, overowned, and overvalued, and there probably wasn’t anything they could have done differently with earnings to spur further gains.”

In other words, it was “mission impossible” for the market’s top stocks. Speculators and bulls drove up share prices to unjustifiable levels in terms of earnings, which is especially true as the U.S. continues to fight Covid-19.

“The surge of COVID cases in the Sun Belt and the stalling out of reopening activities in other states has seemingly caused another round of layoffs that has stymied the nascent labor market recovery,” said Jefferies money market economist Thomas Simons, referencing the latest weekly unemployment numbers. The Labor Department revealed that 1.416 million Americans filed jobless claims last week, which certainly doesn’t jive with a “V-shaped” economic recovery.

And so, with the short-term future looking increasingly bearish, it’s a good time to start looking for short trades.

Even if that means trading stocks that have already sold-off. 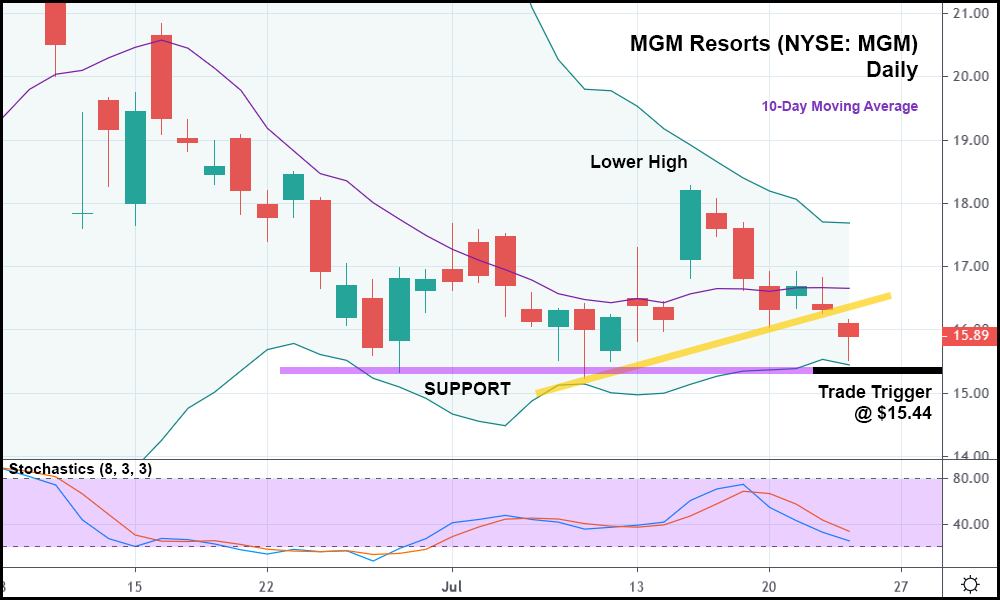 MGM Resorts (NYSE: MGM) – a highly reopening sensitive stock – is in crisis mode. The stock peaked in early June and has fallen mightily since. It set a lower high in mid-July and now rests just north of key support, right along the lower Bollinger Band (BB).

Typically, we’d avoid going short so close to the lower BB. But in this case, MGM is facing a free-fall. If support fails, the stock is set to plummet, and the next level of key support resides at $11.77 – roughly 24% away from today’s low.

If MGM trades below today’s low, it might make sense to take the stock short with a trade trigger at $15.44. Yes, that trigger is right on the support line, but because MGM has already broken out past its minor bullish trend (represented by the trendline in yellow), it has plenty of downward momentum.

The next test of support will likely be its last before support fails.

And with Federal unemployment insurance set to run out this weekend, the wheels could fall off the market in a hurry, resulting in a quick drop (and rapid gains) for well-positioned bears.