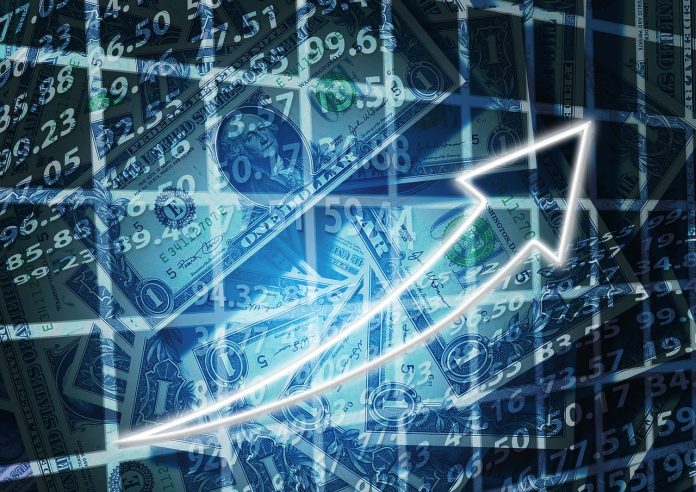 Despite sinking prices, Bitcoin (BTC) may be primed for its next major surge, possibly to a new all-time high by the end of the year.

It may seem unfathomable now, especially since Bitcoin is trading at around $7,000 – down from the peak price of almost $20,000 in late 2017. But according to some recent statements by one of the most influential players on Wall Street, Bitcoin may be on the verge of breaking through as a mainstream currency.

On Friday, August 3rd, the Intercontinental Exchange (ICE) – the company that owns the New York Stock Exchange among other major world marketplaces – announced that it’s forming a brand-new company called Bakkt, which will provide a “federally regulated market” for Bitcoin. The current estimates provided by ICE see the new venture launching in November, with the hopes to make Bitcoin an easily transactable global currency soon thereafter.

To make that dream a reality, ICE has partnered with Starbucks (retail), the Boston Consulting Group (consulting), and most importantly, Microsoft (technology). By working with these industry leaders, ICE is trying to fast-track Bitcoin’s adoption on a large scale.

Operationally, Bakkt won’t focus on getting businesses to accept Bitcoin. Instead, the company will allow customers to purchase goods with dollars that have been converted from a Bitcoin balance. This enables people to keep their funds entirely in Bitcoin, and when they need cash for transactions, they can siphon a bit off to be converted to dollars seamlessly.

Most of the other crypto payment solutions out there are intent on getting merchants to accept Bitcoin (or other coins) as payment, something that is simply unfeasible for the vast majority of them at this time.

In a sense, they’re trying to force a square peg into a round hole.

And while many of these projects mean well, I’d argue that they might even be damaging crypto’s reputation – reinforcing its cult-like status by strong-arming merchants into accepting crypto payments when it’s still too inconvenient.

In the future, I’m confident that we will eventually get there – once the world payment infrastructure changes significantly.

But until then, Bakkt is going to provide Bitcoin holders a way to easily pay for things AND keep their funds in a radically growing asset.

Talk about having your cake and eating it too.

After all, Bitcoin isn’t really set up to be efficiently transacted. Right now, it’s more like “digital gold”, with investors using it mostly as a means to store value.

So, by providing investors a way to draw from their BTC accounts for payments quickly, ICE’s new pet project is going to remove one of the most significant barriers preventing Bitcoin from becoming a genuine currency. This is likely to increase adoption rates exponentially, which could cause Bitcoin to spike in price again towards the end of the year.

Coupled with the hotly anticipated Bitcoin Exchange Traded Fund (ETF) application, which the SEC will reach a decision on in September, I wouldn’t be at all surprised to see an all-time-high price set before the new year.

Investors the world over have been waiting months for the institutions to finally get on board with crypto, and now we are finally seeing the first steps of that happening – through the creation of Bakkt and the (likely) upcoming approval of a Bitcoin ETF. With Bitcoin only at around $7,000 now, and widespread adoption right around the corner, it’s only a matter of time before Bitcoin becomes the hottest topic of the financial world – just like it did back in 2017.

But by then, it will probably be too late to get in.