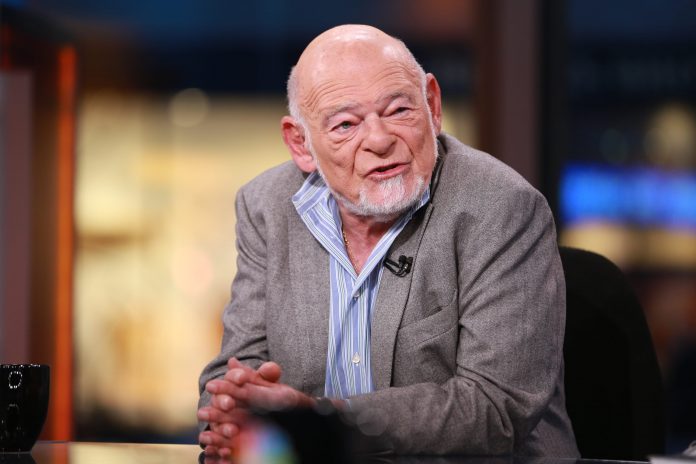 After a strong showing yesterday, stocks are down again this morning. Coronavirus fears continue to limit equities even in the wake of Joe Biden’s Super Tuesday victory.

And to Wall Street’s most famous “bargain hunter,” that’s reason enough to buy back in.

“We’ve been buying some stuff that we thought was ridiculously low,” he said.

To Zell, buying the right stocks is a smart move, even if equities head lower for a few more sessions.

He also said that he’s bought more equity in a handful of companies that he’s already invested in. Zell sees the energy sector, which has dropped 30% from its 52-week high, as woefully oversold. One of his “double down” investments this week was on an energy firm.

Zell didn’t specifically mention which stocks he was buying, but he did reiterate his focus on the energy industry.

The wealthy investor then advised that unlike in years prior, buyers have fled the energy space completely.

“It started getting really dicey about six or eight months ago when you saw stuff that would normally get sold very quickly [attract] no bids,” Zell said.

“We just won a bid on a bankrupt company where we were the stalking horse [or initial] bid and they had the auction and nobody came.”

Even at severely discounted prices, the bidders weren’t showing up.

And while that would normally be cause for concern, Zell’s commentary suggests it’s a sign of a hidden “value play.”

One that could pay off when stocks recover.

Believe it or not, energy companies won’t all go bankrupt. The world still needs a wide array of power sources and fuels.

Buyers will arrive when “the price is right.”

And based on the movement of iShares Global Energy Sector ETF (NYSE: IXC), it looks like that price hasn’t been found. The ETF is down over 20% on the year and has yet to form a clear bottom.

Another major crunch would have to happen if that level of support were to fail.

Which, if the coronavirus outbreak worsens, could certainly happen.

“The optimism coming off Super Tuesday has come and gone and we reverted to being driven by fear over the containment of the virus and the impact it’s going to have on the global economy down the road,” said Mike Loewengart, E-Trade’s managing director of investment strategy.

So, before investors run out and buy beleaguered energy stocks, they might want to wait for prices to start rising.

Buying-in at the absolute cheapest share price is extremely difficult. Doing so with regularity is impossible.

There’s no shame in going long after a trend reverses. Successful traders do it all the time. No one has a crystal ball, not even a highly successful billionaire like Sam Zell.

Retail investors – particularly those that already got skewered in the coronavirus dip – shouldn’t act like they do, either.