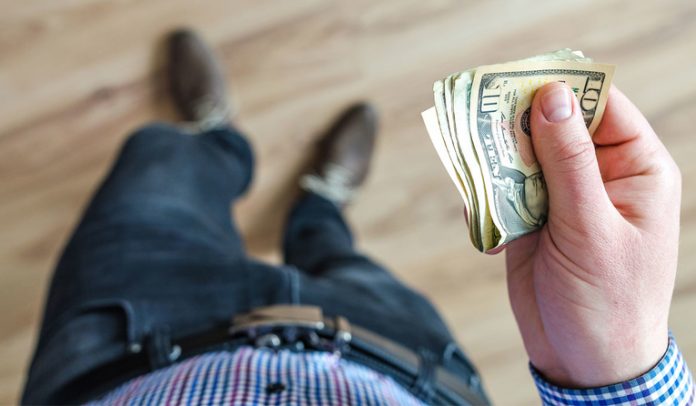 In the wake of some heavy capitalism bashing by a few outspoken billionaires, Bank of America is raising its minimum wage for low-level employees. On May 1st, all B of A workers will get an hourly pay bump to $17, and in two years, that number will grow to $20.

“If you get a job at Bank of America, you’ll make $41,000 a year,” said Bank of America Chairman and CEO Brian Moynihan. “With the success our company has … we have to share that success with our teammates.”

In addition to boosting the wages of entry-level employees, B of A plans to freeze healthcare costs for those workers as well.

The decision to do so comes just a day before J.P. Morgan’s Jamie Dimon, B of A’s Moynihan, and five other bank CEOs are set to testify before the (Democrat-led) House Financial Services Committee. During the hearing, the committee hopes to learn more about the banking industry, and what bank leadership has to say about America’s income gap – a hot button issue that will certainly be a factor in the 2020 election.

Back in 2013, it was reported that roughly one-third of bank tellers were on some form of public assistance – ranging from Medicare to food stamps – and shortly after this data was published by The Committee for Better Banks, wages for low-level bank employees rose from $13.50 an hour to $15.00 across the nation.

Meanwhile, bank CEOs like Moynihan and Dimon were working hard to push their respective companies to record profits. In 2018, Moynihan collected $26.5 million for his efforts and Dimon got $31 million.

And with wages rising in the banking industry, it’s likely that other sectors will follow suit. In response, activist billionaires like Ray Dalio – who recently suggested that capitalism needs to be “fixed” via government intervention – will applaud the minimum wage increases for American workers.

But the irony here is that the free market, a major contributor to income inequality according to Dalio, is what’s causing wages to go up – NOT a government mandate.

To keep employees happy and working hard, Bank of America is going to pay them more – simply because they’re prosperous enough to do so and they want to attract the “best people” for the job.

And in order to compete with B of A, the other banks will have to raise wages as well. As this practice starts to spread throughout the American economy, minimum wage-increase advocates will get what they’ve been wanting for so long.

Except instead of a U.S. labor law, increased wages will be a product of the free market’s natural progression.

More importantly, it’s going to happen without artificially cutting into the profits of America’s corporations. As minimum wages increase slowly, over time, investors will be able to price-in the new costs as companies come to grips with increased employee payrolls.

Dalio and similarly-minded billionaires will likely view the minimum wage increase as a “win” against the greedy corporations. More importantly, they’ll claim its evidence that the government should’ve forced companies to raise wages decades ago.

In the end, both sides of the minimum wage argument will feel good about the pay raises. You’ll probably see them praising Moynihan in the media over the next few weeks.

But really, only the free market-supporters are the ones who should be cheering. A

Because as usual, the free market has pointed Corporate America in the right direction, completely free of government interference.

And as far as I’m concerned, keeping Uncle Sam off our back is what the American dream is all about.