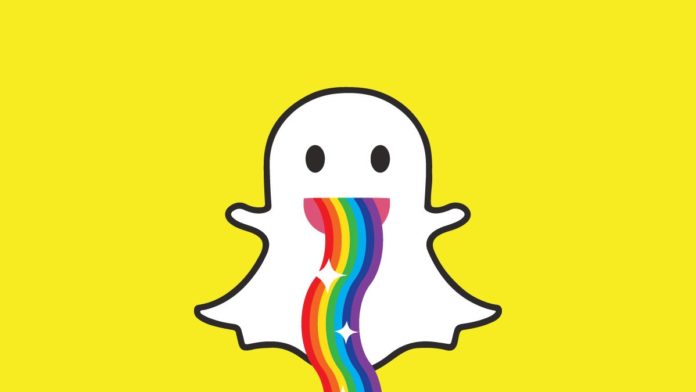 It’s all because SNAP CEO Evan Spiegel warned in a note released last night that the company would miss its internal targets for revenue and adjusted earnings for the current quarter.

“Today we filed an 8-K, sharing that the macro environment has deteriorated further and faster than we anticipated when we issued our quarterly guidance last month,” Spiegel said in the note.

“As a result, while our revenue continues to grow year-over-year, it is growing more slowly than we expected at this time.”

Analysts were quick to rationalize the note’s impact on the general market.

“The main culprit is the Snap warning from Monday evening,” said Vital Knowledge’s Adam Crisafulli in a note in which the analyst explained why stocks made an abrupt turnaround following yesterday’s rally.

“Some are a bit incredulous that a relatively small and perennially unprofitable ephemeral social media firm can take down the whole tape, but given how sensitive this tape is, SNAP is able to punch above its weight.”

“We expect all online ad platforms to feel some impact of a significant consumer pullback,” wrote the bank’s analysts.

Dip-buyers from yesterday morning are likely feeling foolish today. And while that may be frustrating for bulls, it’s also the norm in today’s market.

“This kind of environment where you’ve got the whipsaw and ups and downs that are so big is a trading environment where it can feel on any given day like you were wrong yesterday and that is ripe for mistakes,” said Sofi’s head of investment strategy, Liz Young.

“This kind of environment” being one of staggeringly low market depth, or the market’s ability to absorb relatively large orders without significant impact to stock prices. Market depth is measured by the overall level of open orders, bids, and offers.

Usually, the more open buy and sell orders there are, the greater the market depth. Low depth suggests low liquidity, and as a result, the market is more prone to explosive moves in either direction. 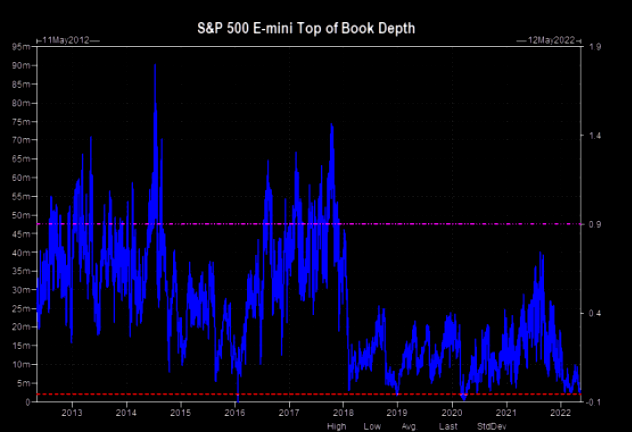 These days, market depth is at a level unseen since the Covid crash of March 2020. Before that, market depth touched a similar low toward the end of 2018 when the Fed attempted to raise rates, crashing stocks.

The low-depth environment we’re in has been a major contributor to the market’s recent shock rallies and corrections. It’s also why the SNAP warning was able to single-handedly cause a market-wide slump.

So, despite how unusual today’s selloff may appear, it also could be “the new normal” moving forward. Market depth is low, and it should stay that way until earnings projections improve or bulls have something to feel excited about. SNAP did little to help in that manner when it released its note last night.

The question now is:

How many more companies are about to issue “warning notes” of their own?