Stocks surged at the open before retracing sharply within the first thirty minutes of trading. Then, stocks rallied again through noon as intraday dip-buyers rushed to fill the gap.

Hiking slowly ≠ rate cuts, which bulls are still desperately hoping for at some point this year. The confusion at the open this morning was to be expected given that the jobs report offered a buffet of conflicting data. 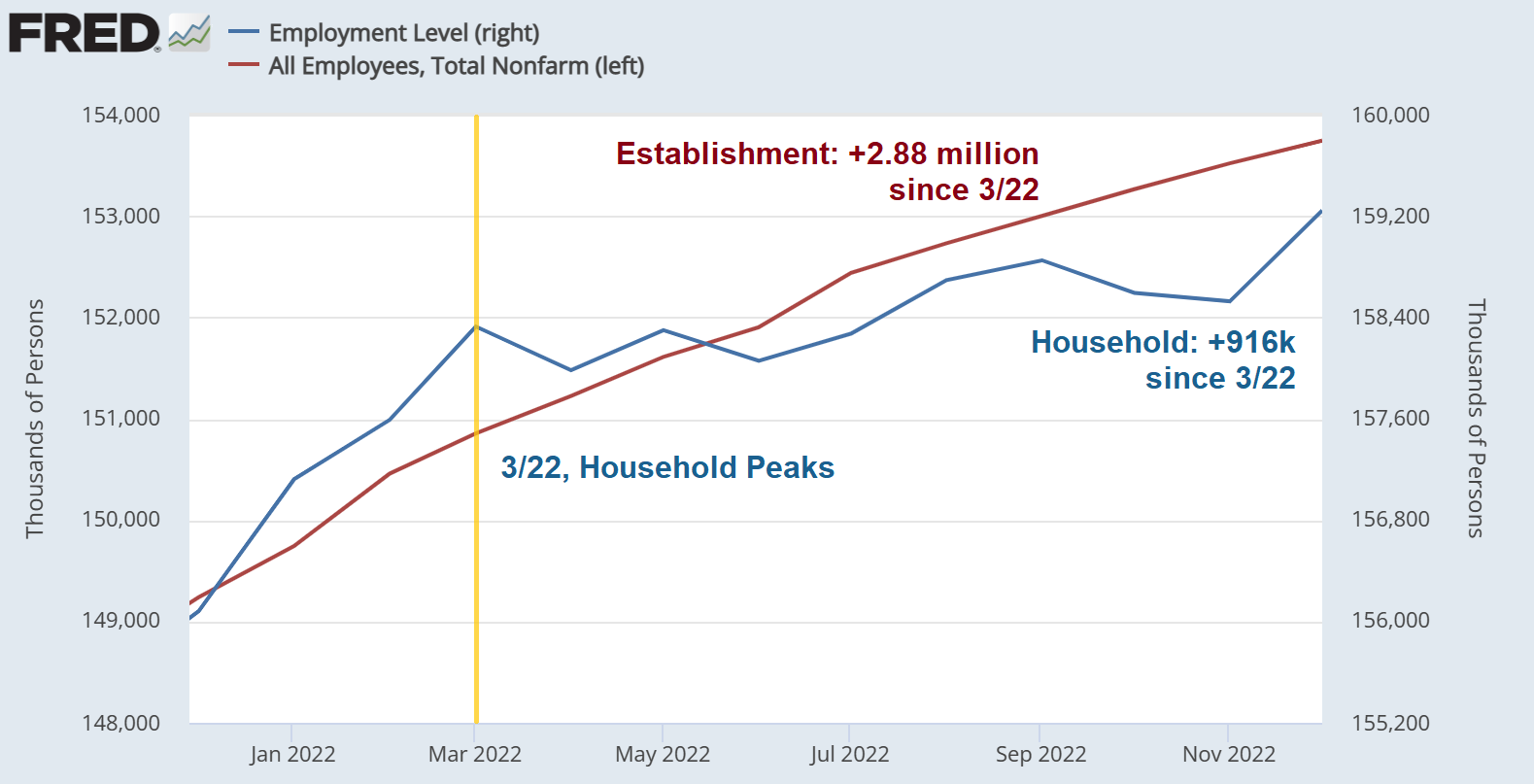 The unemployment rate plunged to 3.5%, too, which would have been received as a bearish impulse had wage growth not slowed. The gap between employed persons (household survey) and payrolls (establishment survey) added since March 2022 slimmed to 1.96 million, but still remains historically large.

But analysts – and apparently the majority of investors – don’t seem to care. The wage data was more than enough to fuel a morning melt-up.

“Fed Chair Powell should like what he sees in the jobs data given a moderating wage growth and uptick in worker participation rate,” explained Bryce Doty, senior portfolio manager at Sit Investment Associates.

“The key, though, is average hourly earnings coming in at a mild 0.3% increase along with a 0.2% revision downward to last month down to 0.4%. We expect a modest relief rally given this data easing some of the Fed’s concerns concern on the tight labor market.”

Powell may like what he sees, but will it prompt a dovish shift at the Fed? Probably not. Analysts are right in that slowed wage growth is bullish. They’re dramatically underselling the impact of 3.5% unemployment, however, given that Powell has specifically pointed to unemployment as an important indicator of economic strength.

So, if stocks do stage a rally this month, it’s probably not going to hold for long. Every rally from here on out should be viewed as an opportunity to take profits, not dig deep and buy more, until the Fed actually cuts rates back.

Pigs get fat and hogs get slaughtered. Traders who keep that in mind should have success this year provided that they’ve got a robust short-term trading method to back up their trading decisions.