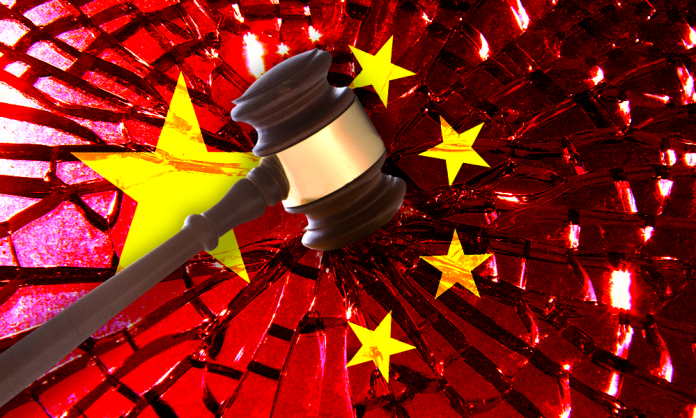 In what could be one of the most high-stakes arrests ever made by Canadian and U.S. law enforcement officials, the Chief Financial Officer of Hong Kong- based Huawei Technologies Co., Meng Wanzhou, was taken into custody last week on December 1st for crimes related to international sanctions law and business dealings with Iran.

The arrest has sparked outraged cries among American companies and politicians, who cannot believe the Department of Justice would gamble a possible ceasefire in the trade war in the hopes of extraditing a corporate executive out of China to the United States.

The criticism is certainly justified, but a case can also be made for why these actions were necessary. We’ll look at the context of Meng Wanzhou’s arrest and find out what it means for U.S.-Chinese relations moving forward.

Last week, Canadian and U.S. law enforcement (working in tandem) arrested Meng Wanzhou, the CFO of Huawei and daughter the company’s founder, on suspicions of breaching international sanction law and engaging in trade with Iran.

At least that’s the ostensible purpose for the arrest. In reality, the U.S. hopes to bring a dozen or more charges against Meng Wanzhou and, by proxy, China itself. For decades the U.S. has sought out a court showdown where it could bring evidence proving that China has spied on U.S. companies, stolen intellectual property, and routinely hacked American organizations and governments.

The U.S. has gambled the future of its trade truce with China over the arrest of one Chinese corporate executive. The timing—which took place just days after a seemingly constructive dinner at the G-20—could not have been more disastrous, both for the potential of a trade deal and for world stock indexes, which were hammered after the news of the arrest.

Clearly the Trump administration and Justice Department believe that the arrest was more valuable than a billion-dollar ceasefire to the trade war – which makes you wonder what the end game is here, and what role CFO Meng Wanzhou has to play in it.

What’s at Stake in the Upcoming Court Battle Between Huawei’s CFO and the United States?

Answer: Oh, not much… Just the fate of technological world dominance.

If you’ve kept up China and U.S. related news, then you’ve certainly read about some of the criticism the U.S. has had about Chinese technology practices – relating (in particular) to cybercrimes, corporate espionage, intellectual property infringement, and technology theft.

The U.S. has been itching to take the fight to the courtroom, since its only option thus far has been to make blanket accusations at China’s Communist Party.

Well, it looks like the puzzle pieces finally fell into place when Meng arrived in Vancouver, Canada for a 12-hour layover, creating the opening U.S. officials had been waiting for. Canadian law enforcement detained Meng (on America’s behest) and held her until the extradition process to the U.S. could be completed.

The Department of Justice, who has waited patiently, will get a shot at proving wrongdoing against a high-profile corporate executive with ties to one of the largest technology companies in the world. If the Americans crack the Huawei case wide open and expose the Chinese as intellectual property thieves, corporate spies, and sanction-abusers with deep business ties to Iran and other blacklisted countries, then it will give them the leverage they need to exact real change out of Chinese leadership and corporate entities.

The U.S. and China are waging a soft war over which country gets to lead the world in technology innovation and infrastructure, settled in courtrooms over the coming decades.

Another front of the tech battle will surely take place on a corporate level, where tech companies in the U.S. and China seek to gain leverage over one another through intellectual property rights and patent royalties.

The ongoing legal struggle between Qualcomm and Apple is a perfect example. On Monday, Qualcomm announced that a Chinese court had granted the chipmaker two preliminary injunctions against four of Apple’s Chinese subsidiaries for patent infringement. The case gives Qualcomm the right to request patent royalties on older iPhones (ranging from the 6s to the X).

Apple plans to appeal the court ruling, and for good reason. The company reported in September that 19.6% of net sales came from greater China, making it the most lucrative market outside of the U.S.

Qualcomm’s revenue numbers for China are even more staggering, with 67% of total consolidated revenues for 2018 coming from China.

This new style of “duking it out” between companies will likely become the new norm as key nations become battlegrounds for market share, and it could even bleed into different industries that rely on intellectual property.

Clearly, the legal showdown for the rights to own and sell emerging tech is just beginning. Whether it’s China vs. the U.S. or Apple vs. Qualcomm, it could take decades to determine the real winners and losers of this tech-focused confrontation – leading to certain strife within the sector.

The companies that come out on top, however, will make some investors very happy once they’ve declared victory, and share prices are trading at all-time-highs.