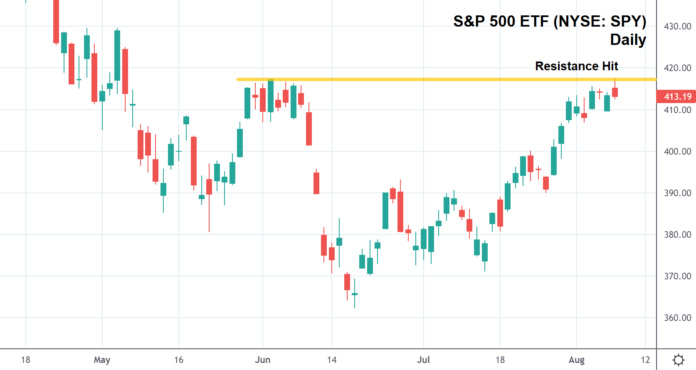 Stocks gained slightly this morning as the bear market rally continued. The tech-heavy Nasdaq Composite led the way while the Dow and S&P followed closely behind. Investors mulled over Friday’s blowout jobs report, which raised just as many questions as it answered.

“The market has rallied hard on the idea of a Fed pivot. Friday’s jobs report didn’t support that hope and, if anything, will make the Fed more resolute about rate hikes. So, now inflation needs to clearly show signs of peaking and declining, otherwise we’d expect this market to abandon some of that near-term hope, and for volatility to increase,” wrote Tom Essaye, founder of The Sevens Report.

Futures were up significantly prior to the open, but much of the pre-market enthusiasm was cut short by an earnings warning from chipmaker Nivida (NASDAQ: NVDA). The company, which reports Q2 earnings on 8/24, informed shareholders today that revenues last quarter only totaled $6.7 billion, well below the consensus estimate of $8.1 billion.

“The shortfall relative to the May revenue outlook of $8.10 billion was primarily attributable to lower sell-in of gaming products reflecting a reduction in channel partner sales likely due to macroeconomic headwinds,” Nvidia told shareholders.

“The stock market rally since the June 16 low looks to have legs in our view based on economic data and earnings results reported through last Friday,” said Oppenheimer’s John Stoltzfus.

But if more companies follow NVDA’s suit, sentiment could quickly sour. The S&P briefly touched resistance at the June highs this morning, which we identified last week as a potential turning point for the market. 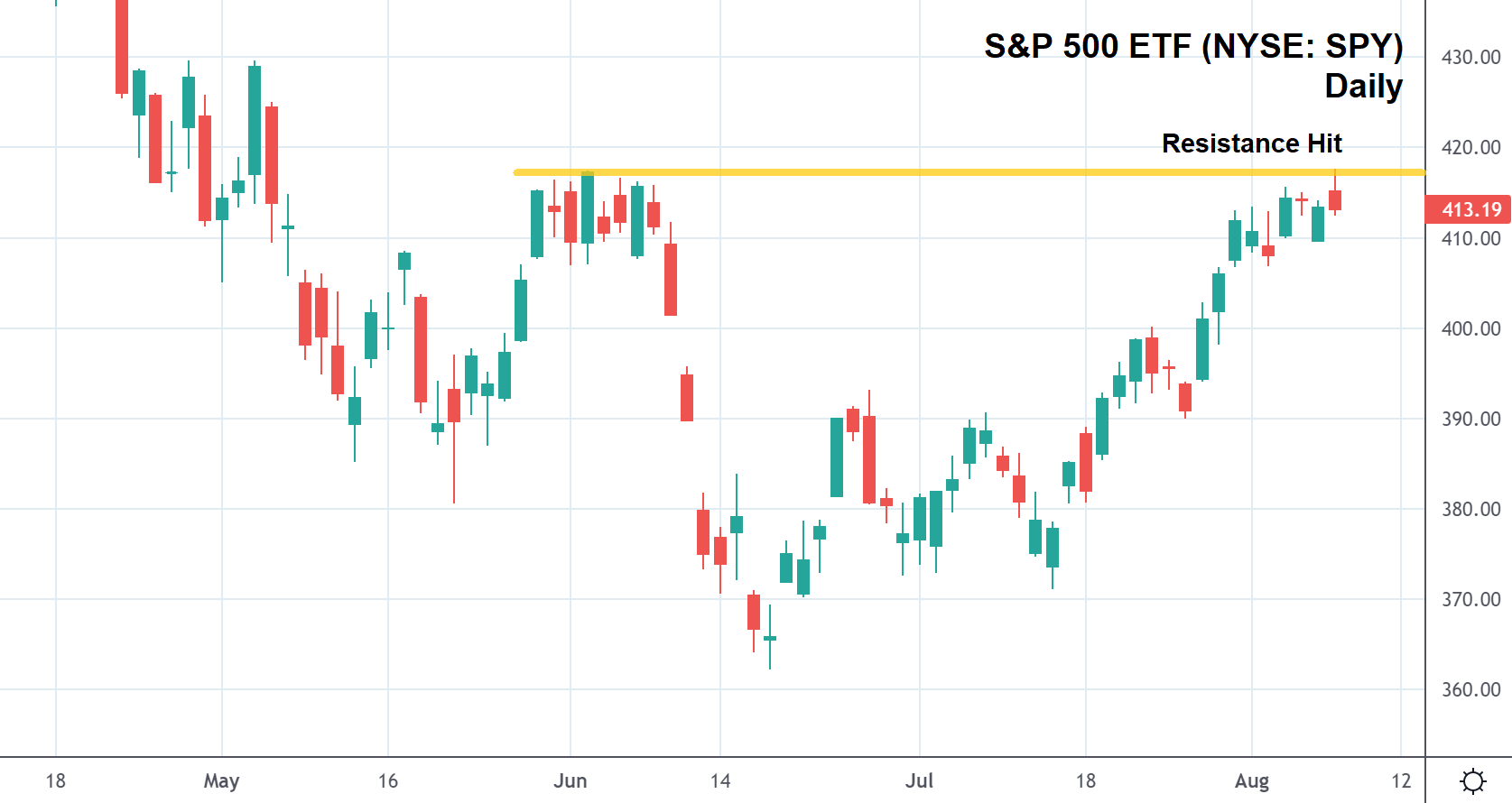 Bulls will need to stretch out an already overextended rally to rise past resistance. Otherwise, a deep retracement may result. The ongoing bear market rally has been one of the most “hated” rallies in recent memory in the sense that Wall Street desperately wanted stocks to head lower.

Hedge funds and money managers almost unilaterally loaded up on hedges in mid-July in anticipation of a selloff. Instead, stocks ran higher and Wall Street was forced to cover its shorts, contributing to an end-of-the-month short squeeze.

And, despite capitulating on some of its shorts, Wall Street still “hates” this rally. It’s not easy buying amid overbought short-term conditions. Nor is it an anxiety-free affair getting long at key resistance. 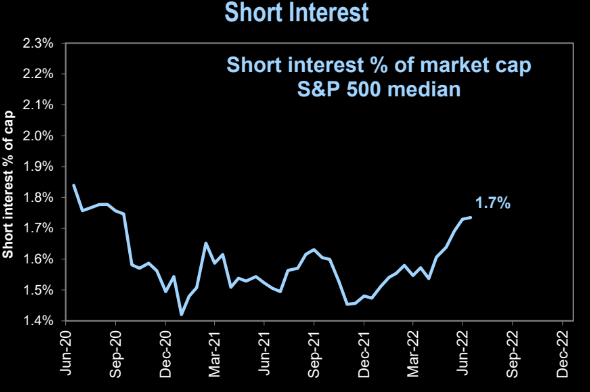 Short interest (data from Deutsche Bank) is still relatively high, too, and the market has a knack for not crashing when everyone’s hedged.

That’s not to say stocks are guaranteed to jump higher from here, of course. But the data suggests that plenty of “kindling” remains to push the short squeeze even further. The “smart money” is clearly anticipating a reversal at resistance. If stocks break out past resistance, then the pain for bears will only get worse as shorts get crushed.

It all depends on how the next few trading sessions go, especially after the S&P made contact with resistance at the June highs just a few hours ago.

Stocks Just Ran Into a “Brick Wall,” Here’s Why